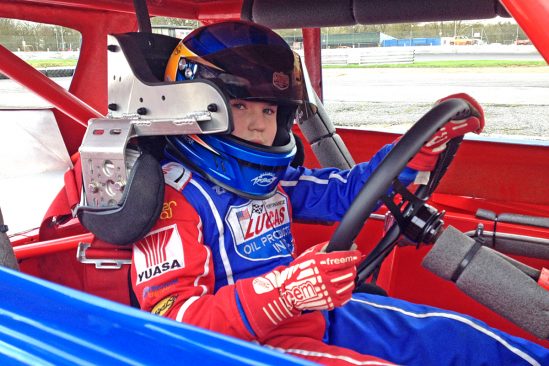 Yuasa supported driver Albert Carter is revving up for the 2016 National Minstox season which starts at the fast Buxton Raceway this weekend ( March 5 & 6). 12-year-old Carter will field a brand new MW Fabrications Ministox car and is planning to contest at least 40 meetings all over the UK, as well as the Isle of Man and Holland this season. It’s going to be a busy year for the fired up youngster.

After leaving Karts and starting Ministox late in 2015, Carter immediately impressed with a win at Stoke, a second place at Coventry, a second at Skegness and a win at Belle Vue in December. And his impressive debut season didn’t stop there, he was crowned ‘Most Promising Newcomer’ at the Ministox awards evening.

Carter said: “my aim this year is to be right there in the points and win some Championships along the way.

“I would like to offer our sincerest thanks to Yuasa and each and every company involved in making my 2016 season possible. You can be sure I will be giving it 100% as always, I’m not really interested in second places!”

His Dad Andy Carter, himself a 4 time FIA European Champion in Top Fuel Dragster added: “Albert has worked hard over the winter and remained focused, he’s hungry (to win) and I’m sure we will see some good things this season although it’s still very early days for Albert in a saloon car.” 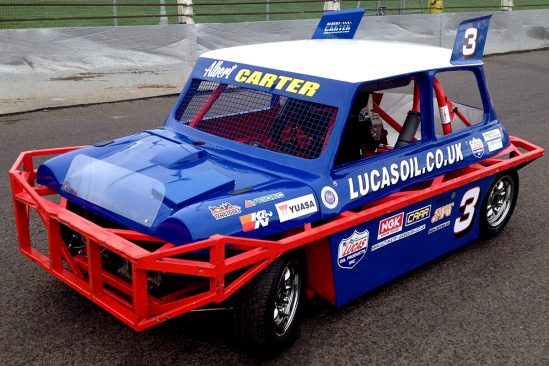