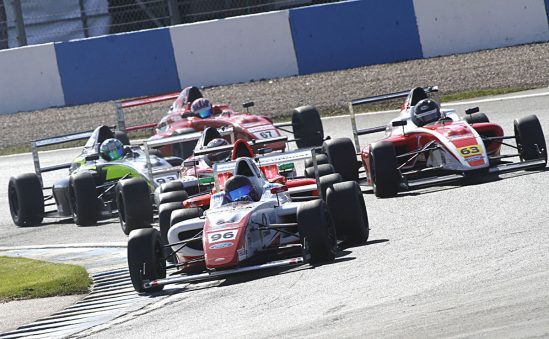 Jersey driver Jack Butel took another step forward in the second round of the highly competitive Ford MSA Formula Championship at Donington Park last weekend (16/17 April). Jack collected his first championship points in his Yuasa Battery backed machine in the second race of the weekend with a fine seventh overall after an incident filled affair.

In the first race, Butel sadly retired but bounced back to take the points in the second and in the final contest at the Leicestershire venue the Channel Islander took a solid 12th. More importantly Butel furthered his education, as he got closer to the front running pace in a variety of challenging weather conditions throughout the weekend. 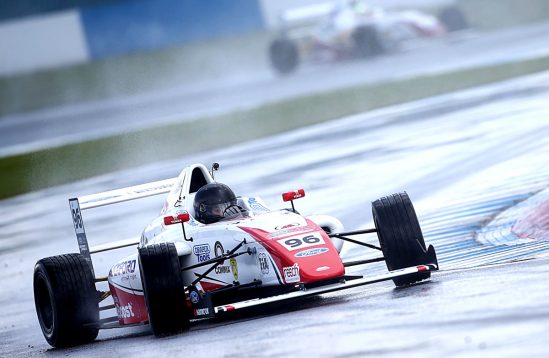 On the Thursday before the race meeting the 20-year-old undertook two free practice sessions to reacclimatise himself with the iconic Donington Park. With rain in the first and sunshine in the second, both Jack and his team, JHR Developments where prepared for all eventualities and lapped the circuit just under a second away from the front running pace.

In the first race of the weekend for the FIA certified single-seaters, Butel suffered a mechanical failure resulting in him retiring on the opening lap of the race. Many drivers would have let that result dictate the rest of the race meeting but Jack held his head high and was as motivated as ever to salvage his weekend.

A bumper crowd on Sunday morning witnessed the Channel Islander drive one of the best races of his career. Butel faced a momentous task in his Ford EcoBoost powered single-seater as he started from the back of the grid after the retirement in race one. Making one of his impressive trademark starts, Butel had the bit between his teeth as he set off into the 20-minute race. As the field powered into the first corner, the St Saviour resident took a tight line and picked off several drivers while a few more took to the gravel on the outside of the corner. Just a few minutes later a safety car was deployed bunching the pack up. Once the incidents had been cleared the race resumed with just seven and a half minutes left on the clock. Butel was on the cusp of the top-ten and his progress was set to continue.

Under the spotlights of the ITV4 cameras Jack shone in his Yuasa Battery F4 car and he performed one of the best maneuvers of the race. The youngster was at the back of a gaggle of cars and held onto their coat tails coming out of the final chicane as they crossed the start/finish straight. Easing his car to the outside for the first corner, Butel went around the outside of several rivals through Redgate, the fast right hander and had sealed the deal as the cars descended down the sweeping Craner Curves. Now buried into the points, Butel ticked off the laps and picked up further positions as others faulted. As Jack crossed the line he took a fine seventh overall – claiming his first points to kick start his 2016 season.

In the final race of the day, the former De La Salle student flew out of the blocks once again to quickly carve his way through the pack, as others suffered misfortunes. Once into the race, Butel settled down, pounding around the 1.96 mile venue in the turbocharged Ford EcoBoost powered single seater on the cusp of the top ten. Unfortunately Jack couldn’t progress as much as he had hoped – settling for 12th at the fall of the flag. 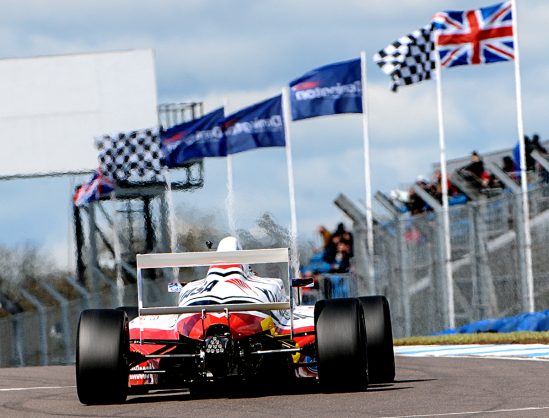 Quotes from the weekend:

As the crowd filtered out of the circuit under the flight path of East Midlands Airport, Jack reflected on his weekend’s performance:

“It was a good weekend on the whole for us at Donington.” Explained Butel.
“Race one was disappointing and that’s the way it goes sometimes but race two and three I was really happy with my performance.

“From the back of the grid I just wanted to go as far forward as possible. I was really fired up and I had one of my best drives to date and everything worked well – the car JHR Developments prepared was brilliant. It could have been a higher position if the race had been longer.

“ I can’t wait for the next round at Thruxton – it’s an amazing circuit, really quick and so much fun to drive. It’s flat out! We are going in the right direction with our pace and performance and want to be scoring points again next time out.”

“It was another step forward from Jack and everything we have worked together on is working well.” Enthused Walker.

“He got himself together mentally and really prepared himself after the disappointment of the first race. He drove well and kept out of trouble especially when another driver nearly took him out in the third race!

“Heading to Thruxton, he is quick there, he likes it and we are expecting a good result. He is very motivated and with an improvement in qualifying that will be the key for further good results.”

The next stop on the MSA Formula Championship calendar is the fastest circuit in the UK – The high-speed Thruxton Circuit in Hampshire on May 7/8. Jack and the team are looking for a strong showing at the former aerodrome circuit having completed a successful test there earlier this month. 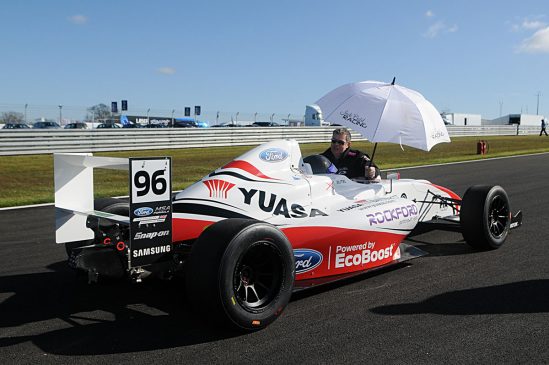