Solid start to campaign for Jack Butel at Brands Hatch 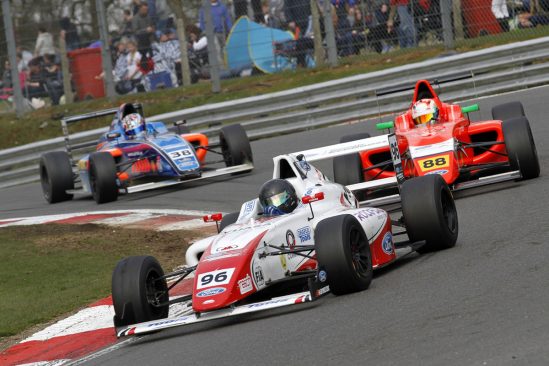 last weekend (2/3 April). Butel compared favourably against some of the best young drives in the world and in a large and competitive field, Jack took two 12th positions and a 13th in the opening three contests of the 2016 season.

Jack remains with JHR Developments, the team that took the St Saviour resident to several top-ten results in the second half of 2015. New for 2016, Butel carries the striking colours of Yuasa Batteries in his new campaign and after several positive tests Jack went it into the opening round at Brands Hatch in Kent full of optimism. Supporting Jack at the weekend is mentor and fellow islander James Walker who was on hand to pass on his racing knowledge and expertise. 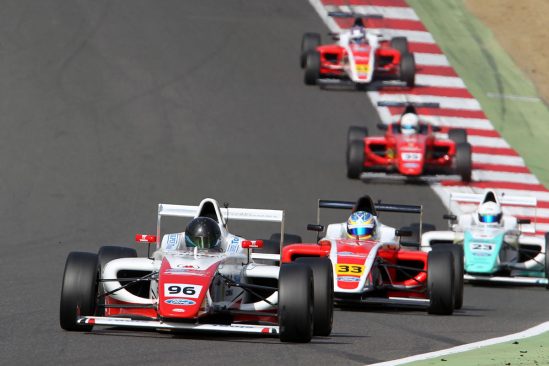 On the Friday, Butel undertook two free practice sessions at the Fawkham venue. In the first session Jack put in several strong laps to put him 10th on the timesheets, just 0.370 seconds off the top. In the afternoon session Jack clocked up more miles and gathered further data for the weekend of action ahead.

In qualifying the Jersey-based driver was competitive from the off and managed to gain his best qualifying result in the FIA certified series with 12th on the board after the 20 minute session. With the fiercely competitive field so tight in 2016, another four tenths of a second off his time would have seen Jack line up on the front row.

The Ford EcoBoost powered series is a part of the exciting TOCA package, which supports the flagship British Touring Car Championship. Getting the weekend underway the single-seater championship opened the proceedings on Saturday morning. Heading into a dry race one, Butel made his intentions clear from the start making a trademark clean getaway, putting himself into the top 10 by the first corner. After losing out on a position on the run up to druids, the former De La Salle student settled into a rhythm on the cusp of the top 10. After a brief safety car period, the Jersey driver was involved in a long train of cars all fighting over sixth position. With overtaking difficult on the tight Indy configuration, Butel ran wide whilst trying to pass a rival but left the door open for Jacks team mate to slip through. Butel finished where he started – 12th at the fall of the flag – a good start to his 2016 campaign. 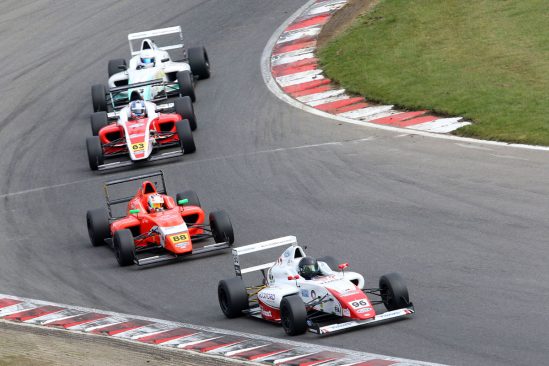 The second race of the weekend was to see a complete change of conditions. Rain was threatening all afternoon and a light drizzle left the 1.2 mile circuit greasy and damp in the build-up to the race. The challenging conditions caught out several drivers and sadly Jack was one of them. A spin resulted in the Channel Islander dropping down to last position. The rain then became torrential resulting in a red flag to be thrown. This stopped the race to allow teams to change tyres from dry slick tyres to grooved Hankook tyres to cope with the wet circuit. On the restart Butel scythed his way through the spray and was the man on the move to eventually finish 13th overall.

The final race of the weekend was held under the spotlight of the live ITV4 television cameras and tens of thousands of spectators lining the banks of the circuit. Jack made an aggressive start from 14th on the grid and looked to pick off places from the off. He got his head down straight away and punched in some respectable lap times as some of his rivals faltered around him. It was to be an incident free race as the 20-year-old just missed out on a points paying position with 12th as the clock hit zero.

Jack Butel’s take on his opening weekend of the season at Brands Hatch:

“After the accident at Bouley Bay [local hillclimb in Jersey] last week it was all about building the confidence again.” Explained Butel. “We had good pace and I was able to push as my confidence grew. Our qualifying was much better than last year, which was one of my main objectives to improve upon in 2016.

“ The results are a good starting point for the year and I would like to thank JHR Developments, Yuasa Batteries and all of my supporters for getting me here and for a great car underneath me. We are heading to Thruxton on Thursday to test the car further. I love Thuxton and I hope to make further strides forward in performance for when we visit the circuit next month.

“ I am looking forward to the next round at Donington Park as I went well there last year and I hope to take another step forward up the grid. The aim is to be fighting at the sharp end and score my first points of the season. I look forward to the challenge.”

The Ford MSA Formula Championship heads north to Donington Park in Leicestershire in two weeks time. Jack will look to progress further in the competitive single-seater series next time out at JHR Developments’ home circuit. 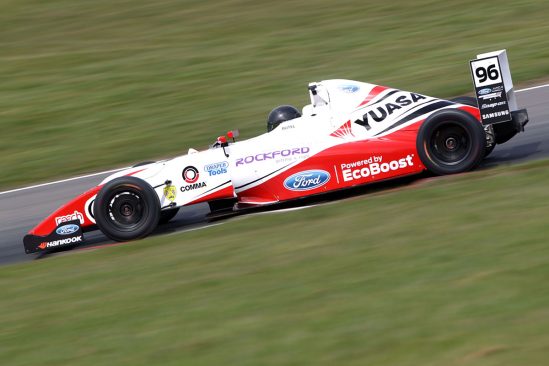