Yuasa’s Formula Jedi driver Bradley Hobday made the podium in only his second ever circuit race. Here’s his report on his weekend at Snetterton.

We traveled up to Snetterton race circuit for the first 2 rounds of the Formula Jedi Championship on the 300 circuit. Snetterton 300 is a circuit I have never driven on so much of the Friday test day was spent learning and getting a feel for the circuit, several adjustment were made to the car throughout the day to get the best set up for the weekend and by the afternoon I was feeling confident in the car. 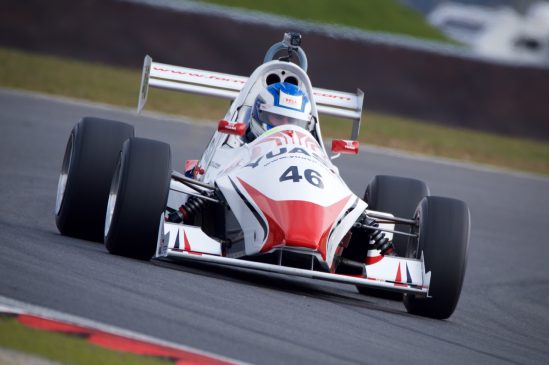 Saturday was the first round of the formula jedi championship and my first ever circuit race! Qualifying went really well I was pleased with the times set but unfortunately I had a lap time removed for exceeding track limits but never the less I qualified a respectable 5th which was only 0.384 seconds of pole position! The top six times were so close!

Race time come and we lined up on the grid, I had a OK start I passed a car but got passed by another. I used my sprint experience to get up on the pace as fast as I could which found me passing two cars cleanly and lying in 3rd place after the first lap but then disaster struck on lap 2! A drive shaft snapped and I was out of the race! The car was brought back to the pits and repaired ready for the race on Sunday. 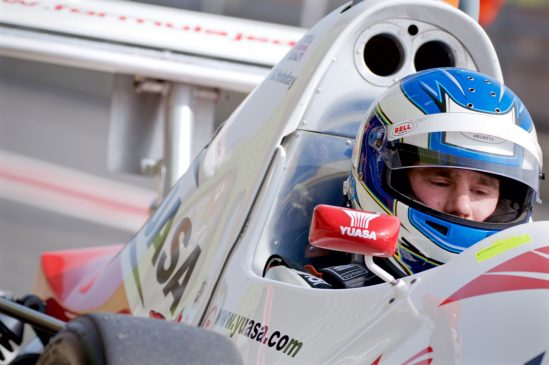 On Sunday I had a much better qualifying session getting in some real clean laps qualifying in 4th place.
We lined up for race 2 and I managed to get a much better start gaining a place going into the first corner, I settled into a nice rhythm and kept the front pair honest. lap 3 came and I went wide into the first corner ending up on the grass which unfortunately damaged the radiator, I re joined the track quickly and kept my 3rd position but by this time the leading pair had got a nice 4 second gap. I settled back into the race and kept the lap times consistent to bring the car home in 3rd place! I was absolutely over the moon to finish on the podium so quickly! we still have work to do chasing a few tenths of a second but it was a very positive weekend to start on.