Podium potential for Jack Butel at Thruxton in British F4 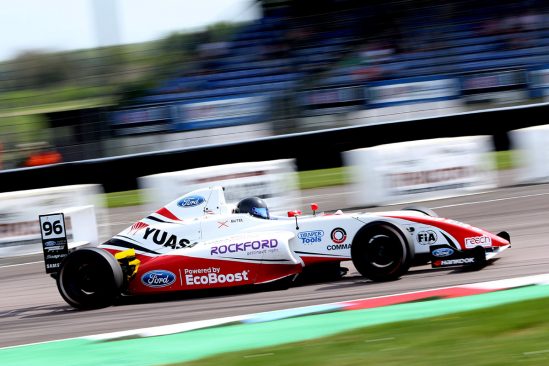 Jersey driver Jack Butel almost took his first podium position at Thruxton last weekend (7/8 May) in the second race of the weekend. Butel was running in the podium seats before a racing incident denied Jack of a career best finish. The British F4 driver has had one of his best weekends to date taking seventh overall in race one to add more points to his championship tally and to round out the weekend Butel overcame injury to gain more mileage around Britain’s fastest race circuit with 18th overall.

In Qualifying under the scorching summer sunshine, Butel instantly dialled himself into the Hampshire venue by putting his JHR Developments prepared single-seater on the cusp of the top-ten in 12th position.

The opening race of the weekend took place on Saturday afternoon around the former aerodrome. The 20-year-old made one of his trademark good starts to instantly put himself into the top-ten mix. Pounding around the 2.35-mile circuit at speeds north of 120mph, Butel went about climbing the order at his ‘home circuit’. Getting stuck into the thick of the action the Yuasa-backed driver worked his way past several rivals to claim a fine seventh overall at the fall of the flag to add further points to his championship tally.

With Jack finishing seventh, the first seven cars got reversed for the second contest of the weekend resulting in Butel starting on pole for the first time in the Ford EcoBoost powered series. 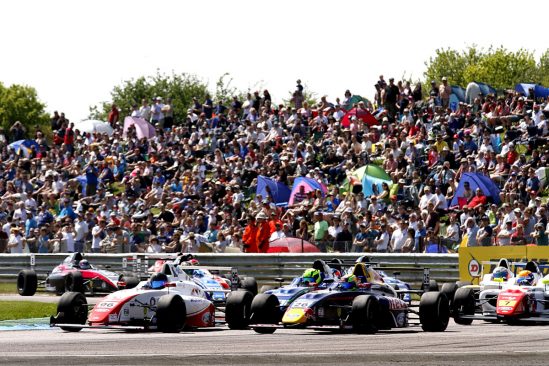 Sunday morning saw the temperature sore and the pressure increase on the young shoulders of the St Saviour resident. In front of thousands of race goers lining the banks of Thruxton and hundreds of thousands watching live on ITV4, Jack flew the flag for Jersey ahead of Liberation Day as he took to his starting slot with a clear road ahead of him. As the lights went out, Jack once again made a rocket-like start, leading into the first complex of corners.
In his resplendent red and white Yuasa liveried single seater, Butel immediately had to get his elbows out and fight for his position as his more experienced rivals began to gang-up on the Jerseyman. Briefly dropping down to fifth, Butel got back into the hunt and went three abreast into the final complex – braking as late as he dared Jack made a position but damaged his front wing in the process. In and amongst the chaos a safety car was thrown as marshals resolved other incidents.

When the safety car peeled back into the pitlane, the JHR driver went on another charge with just nine minutes left on the clock. Jack had a good run through the final long straight and had passed third placed Devlin Defrancesco coming into the final chicane –going around the outside of the Carlin driver. As the corner tightened both drivers collided, damaging Jack’s car, which sent the Channel Islander into a disappointing retired.

Butel’s pace had made many sit-up and take note including ITV4 commentators Phil Glew and Richard John Neil who said Butel had done a good job as his pace was fantastic and it was good to see him running at the front of the field.

Dusting himself off and with a rebuilt car, Butel went into the final race to try and gain more mileage, experience and to shake the car down after an incident in the previous race. Jack was nursing an arm injury for the entire 20-minute race and whilst in agonising pain wrestled the FIA-certified single-seater around Britain’s most southerly circuit – crossing the line in 18th as the clock hit zero.

As the bumper crowd filtered out of the Thruxton speed bowl circuit, Jack reflected on his fast and furious weekend:

“Our weekend went really well as we had the pace from the off. We just need to find a bit more for qualifying as our race pace was a match for anyone,” enthused Butel.

“There are no words to describe what it meant to sit on pole. It was awesome to run at the front and I felt more and more comfortable as the race went on. I would love to be there more often and with this experience I know I can challenge for a podium again this season.

“I would like to thank all my sponsors and the whole team at JHR Developments for getting my car back into one piece for the final race. At one point there were seven team members working on the car, they are a phenomenal team. I was in so much pain for the last race but all I wanted to do was to get to the finish as a thank you for their hard work.

“I have a spring in my step, now that I know I can fight at the front. We want to do our best at Oulton Park and bring home more points. I have had limited testing there but points have to be the target every weekend and I will give it my all to achieve more once again.”

Jack Butel will return to action on the 4/5 June at Oulton Park in Cheshire. 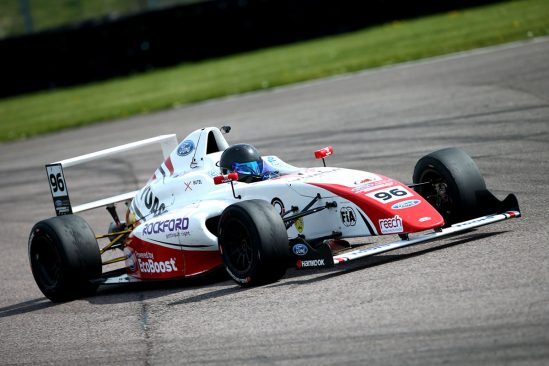