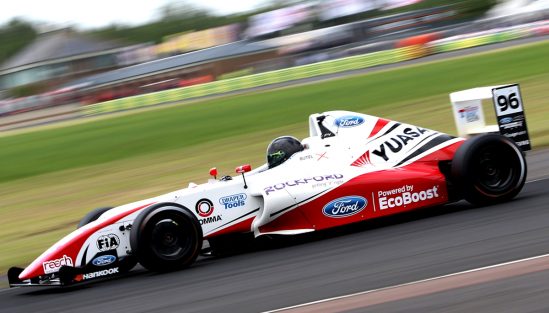 Croft Circuit in Yorkshire saw Jersey driver Jack Butel battle the elements in rounds 13,14,and 15 of the British Formula 4 Championship. The weekend marked a year with JHR Developments and Jack’s fortunes were not to be on his side as he was taken out in the first race of the weekend whilst running comfortably in the top 10. Jack bounced back and netted 12th and 16th placed finishes. 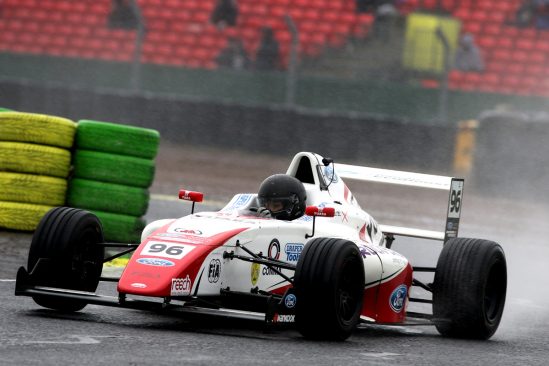 The FIA certified series sees some the best young drivers in the world go wheel-to-wheel in identical single-seaters and is seen as a stepping stone to the higher echelons of motorsport. The priority at Croft for Butel was to be back in the pack, secure race finishes, gain plenty of mileage and improve upon his Oulton Park weekend.

In Practice and Qualifying, Jack felt comfortable right from the off and was able to establish a good base set-up for the weekend. 15th in qualifying was a solid start in his Yuasa-backed machine.

The St Saviour resident was optimistic ahead of the first race of the weekend after a strong showing around the North Yorkshire venue a year ago. After making a trademark good start, Butel pounded around the 2.1 mile Darlington circuit gaining places lap after lap. Nestled in the top 10 and on for championship points, Jack was taken out of the race by another driver in a racing incident. Unable to restart, Jack had to take a disappointing retirement. Ever the optimist the Channel Islander knew he had made substantial progress but had to do it from the back of the grid.

Croft circuit was a former RAF base in the Second World War and in 2016 Jack Butel was looking to fly on the main race day on Sunday. The challenging layout was a favourite for the Jerseyman as the range of fast flowing corners and the slowest hairpin bend in the country offered a real challenge to the single-seater exponent. A large crowd trackside and a quarter of a million people watching live coverage on ITV4 where treated to some fantastic racing entertainment.

In the first race on the Sunday starting from the back, Jack propelled his Ford Eco-Boost powered rocket into the race picking up places as drivers faulted around him. The 20-year-old found himself in the top 10 once again before a safety car was deployed as marshals cleared debris and stranded cars from around the circuit. When the race resumed, Butel suffered front wing damage, wounding the car in the process. Jack tried to press on, but the damage made the car difficult to drive, the JHR team brought the young-gun into the pits to change the nose cone. At the fall of the flag, Butel took his turbo-charged missile to 12th place overall.

Heavy rain descended upon Croft for the final race of the weekend. Spray and visibility made it difficult for Butel to make progress as he wanted to bring the car home in one piece ahead of the six-week mid-season break. It was a momentous effort as he gained in confidence lap after lap in the challenging conditions. As the clock hit zero, the Jersey-based driver notched up another solid 16th in the final race of the weekend. 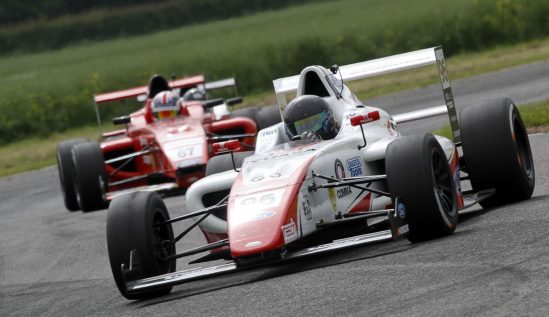 “I was massively disappointed after Oulton Park. My arm was still giving me problems and I just didn’t have the car around me,” explained Jack Butel.

“Croft is a favourite of mine and a good test before the race weekend put me at ease ahead of the races. It just wasn’t to be our weekend however despite having good pace. It was very gutting to be taken out in race one as we were going so well in the top 10 and that put us on the back foot for the rest of the weekend.

“Two race finishes helped me get my confidence back. Another top 10 was denied with the front wing being damaged but the team did a good job to get me back out to complete the race. And the third race, well that was the worst conditions I have ever raced in. It was very greasy and I couldn’t see a thing – giving me no confidence to push on at all.

“We must leave the weekend behind and look ahead to the second half. We had a good run in the second half of the season last time and I think we will again this year. During the summer break we plan to squeeze in a test or two to get the car dialed in ahead of Snetterton in July and push even harder to get to the front.”

The next stop on the British F4 Championship calendar after the summer break will be Snetterton in Norfolk on 30/31 July. Jack Butel and JHR Developments now look forward to the remainder of the year as they target further points in the second half of the season.