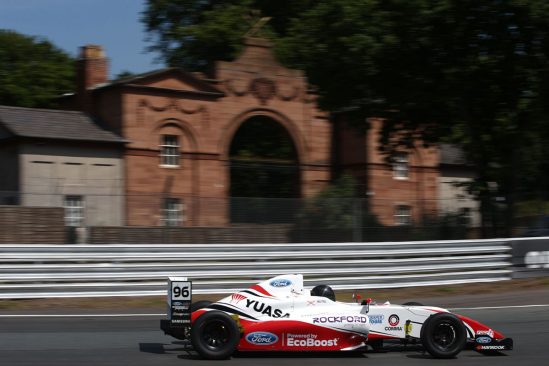 Jersey driver Jack Butel was back in action in the F4 British Championship at Oulton Park last weekend (4/5 June). Butel focused upon securing race finishes and experience as he continued his British F4 education. He left the picturesque Oulton Park circuit with three solid results–netting 17th, 13th and 14th after a challenging weekend of racing.

Last time out at Thruxton, Butel showed podium potential as he bagged further points and challenged for victory in the second race of the weekend before a racing incident took Butel out of contention. In the process Jack suffered a hand injury, which the Channel Islander hadn’t been able to shake off heading to Oulton Park. 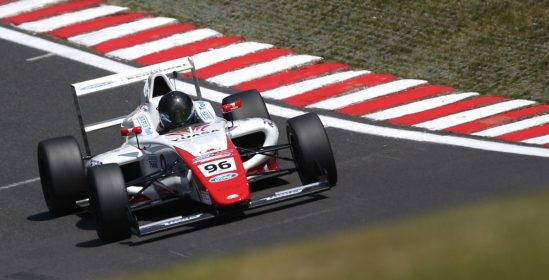 From the fastest circuit in the country to one of the most picturesque – the FIA certified F4 British Championship powered by Ford, rolled into leafy, rural Oulton Park in Cheshire. The 20-year-old and his JHR teammates all struggled with set-up difficulties in the short qualifying session on Saturday morning, finishing towards the back of the grid for the three races that weekend.

With the field being so competitive from front to back it was going to be a struggle for the former De La Salle student to make substantial progress. Undeterred, however, the St Saviour resident would give full commitment despite his injury and lack of experience around the Cheshire venue. In the opening race of the weekend, the undulating layout was tough on Butel in his JHR Developments car. Plugging away he made his way up to 17th at the fall of the flag with the tight chicanes and hairpins offering a real challenge for Jack. 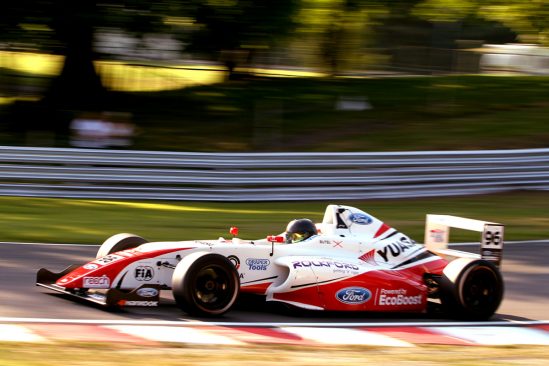 The Championship powered by Ford Eco-Boost would see two races on the Sunday for the turbo-charged missiles and for Jack it was all about regaining the confidence as he looked to make progress in the park. The British F4 series supports the popular Dunlop MSA British Touring Car Championship and following the tin-top races the single-seater exponents were to shine in front of over 40,000 spectators filling the circuit banks with hundreds of thousands watching live coverage on ITV4.

The first race on Sunday would see an improvement in pace from the Yuasa Battery-backed driver. Jack launched his single-seater off the line with great effect as he picked off competitors in the opening handful of laps. An incident in front of Butel held him up, taking him out of the fight for championship points. Avoiding the incident, he regained his rhythm and speed, lap after lap Butel began to rein in the pack. Butel was on the cusp of the points paying positions, finishing 13th as the flag fell.

The grid for the final race was taken on the second best time in qualifying which meant Jack’s weekend progress had to be started all over from the rear of the grid. Wanting to regain his Thruxton form, Jack launched into the final race of the weekend looking for further mileage in his JHR prepared machine. With races so short, Butel had limited time to make a dent into the fast and furious pack.
As he sped around the 2.26 mile ribbon of tarmac, settled on the Cheshire hillside he carved his way towards the top 15. It was a momentous effort despite his injury– setting respectable lap times in the scorching sunshine. As the clock hit zero Butel notched up 14th in the final race of the weekend. 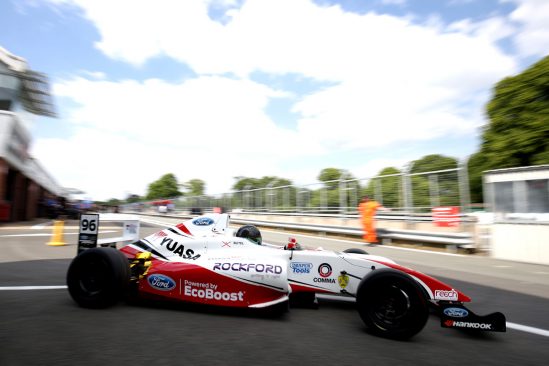 “It wasn’t our best weekend,” explained Butel. “After Thruxton where we had podium pace, coming here [Oulton Park] we thought we could do the same. It was a combination of my injury and set-up problems that left us off the pace and it never clicked all weekend.”

“We tested at Croft last week and we are quite happy that we have a good car under us. We are aiming to be back in the top 10 and take some points away from the weekend in two weeks time. I am drawing a line under this weekend and looking forward to racing again. Croft is a great circuit, it suits my style and it’s awesome to drive in a single-seater, so I am going in with our head held high for a good weekend.”

The next stop on the F4 British Championship calendar is Croft Circuit in Yorkshire as the force heads north on 18/19 June. Jack Butel and JHR Developments now look to be back fighting in the top 10 once again. 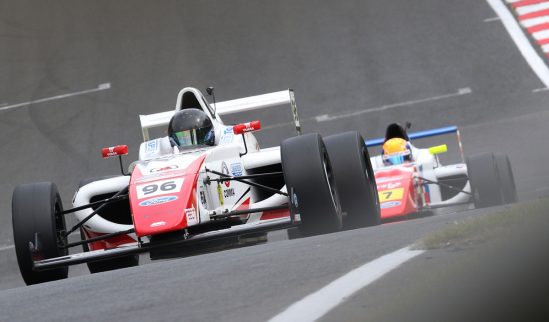