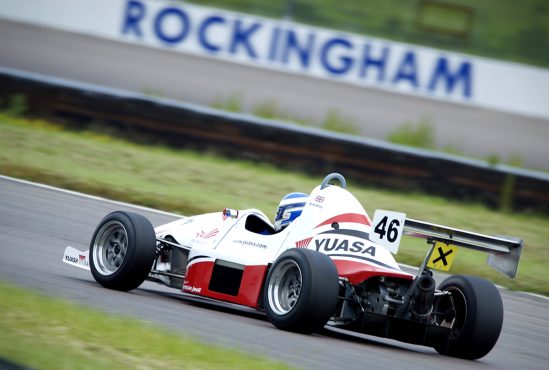 Yuasa Formula Jedi racer Bradley Hodbay continues to improve during his first circuit racing season with two fourth positions at Rockingham. Here is his report on the weekend.

We headed to Rockingham for rounds 5 and 6 of the BRSCC Formula Jedi Championship, which is contested on the long International Super Sportscar circuit. The weather forecast for the weekend suggested that we could be joined by several rain showers.

On the Friday we had a full test day to familiarize ourselves with the circuit layout and find our best possible set up for the weekend. We made several changes to the car which we learnt a lot from, we were able to settle for something I felt a lot happier with. 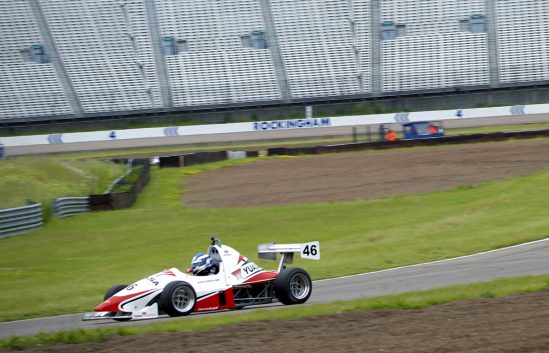 On Saturday the weather was on our side, providing a dry humid day. We went out for qualifying in the morning and after some nice clean laps I managed to qualify in seventh place.

In the first race of the weekend I had a reasonable start and managed to take two places going into the first corner. I stayed in fifth place for several laps until a driver in front had a mechanical issue promoting me up a place and also bringing out the safety car.
I now had to do my first ever safety car restart which I managed to do well, getting away nicely following the three cars in front for a few laps until I made a mistake which cost me a race position. The top three had broken away and left three of us fighting for forth position. During the following the three of us went side by side into the first corner and I came out of in fifth position, on the next lap I managed to get fourth position back and was able to hold it until the end of the race. 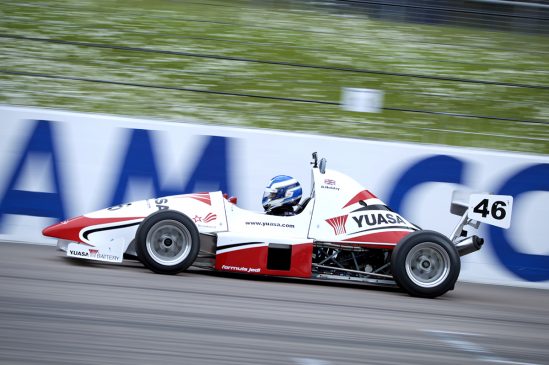 On Sunday the weather provided us with a few light rain showers just before qualifying, making the first few laps very slippery! The track dried and the times came down. At the end of the session I managed to qualify in sixth position – a one place improvement on the previous day.

Another rain shower appeared just before the start of the race on Sunday afternoon. We had two green flag laps to assess the conditions which dried rather quickly. I made a reasonable start passing one car but being passed by another leaving me in sixth. 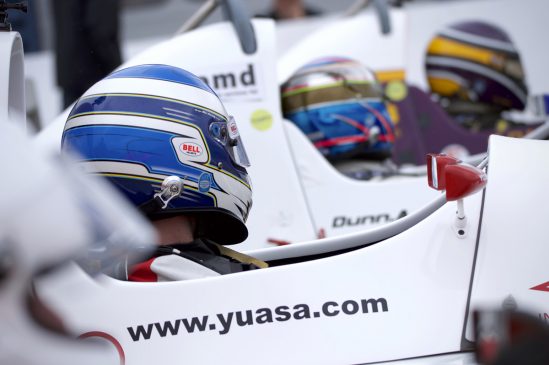 I was following the car in front which then spun on the last corner. I had to take to the grass to avoid contact, I found my way back on the track and in fifth position but a lot of time had been lost. There was a big gap in front and behind me so I settled into the race and decided to bring the car home safe. After a few laps one of the leading cars had a mechanical issue promoting me up to fourth which is where I finished.

We had a good weekend with two good point scoring positions moving us up to joint fourth in the championship – which we are very pleased about. We still have more work to do finding more time in car and myself.