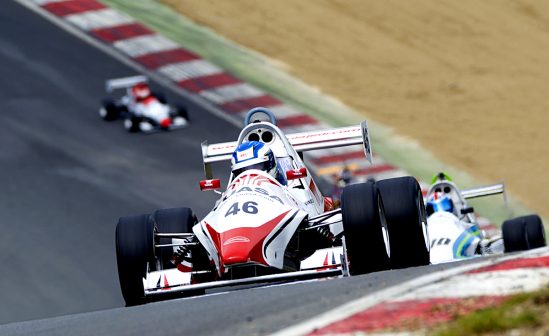 Yuasa Jedi racer Bradley Hobday took his first ever circuit race win at Brands Hatch on Saturday 9 July, he also finished on the podium for every race during the event. Here’s his driver’s blog from a sensational weekend.

We travelled up to Brands Hatch early Friday morning for a days’ testing on the Indy circuit. I have never been to Brands before, so much of the day was spent learning the circuit and adjusting the setup of the car. I really liked the circuit and quickly found my way around despite the test sessions being very busy with lots of Formula Ford cars on track.

There was a different race format for the weekend with each day having a qualifying session and two races, the second race on each day had a reverse grid format with the top eight finishers from the first race being reversed for the race two grid.

On Saturday I had an excellent qualifying session with the car working really well. After the end of the 15 minute session I found myself qualified in second place which we were delighted about.

Race time come and we lined up on the grid, I managed to get a brilliant start immediately leaping into first place by the first corner! I had a lot of pressure from a very strong second place driver for a few laps but I managed to get my head down and pull a gap right to the end to take my first ever Win! And fastest lap of the race!

We were absolutely over the moon and it still doesn’t feel real now! 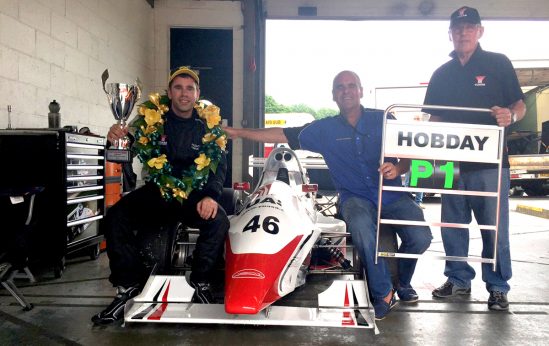 The second race of the day was the reverse top eight grid race and due to my win in the previous race I had to start eighth. I had another good start taking two cars into the first corner and another two into turn three I was now up to fourth and chasing down third. After several laps there was an incident and the safety car was deployed, I had a good restart managing to go with the top four and after a few laps I took third place going into the first corner and held it till the end of the race.

The weather on Sunday was very mixed in the morning with several rain showers. The qualifying session started dry but after a few laps the rain came in and the times quickly dropped off. I had managed to get a reasonable time in and qualified in fifth place. 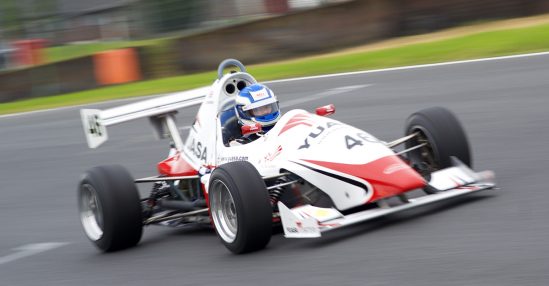 The first race of the day remained dry and we took to the grid. I had a good start gaining a place into the first corner I was now up to fourth place in a line of five cars, we were all very close for several laps I was trying hard to gain a place but I had a lot of pressure from the car behind who had really good pace. I managed to get a bit of a gap until the leader had a mechanical failure causing the safety to come out I was now up to third and after several laps the race finished behind the safety car. I had managed to get on the podium again and also take fastest lap of the race.

The second race of the day was another top eight reverse grid race this time around I started in sixth place. I had a fantastic start passing four cars on the first corner! I was right behind the leader trying hard to find a way passed him for several laps but I couldn’t find a way through and finished in second place.

It was a fantastic weekend for us I am absolutely over the moon with the results it’s definitely a weekend I’ll remember for the rest of my life! 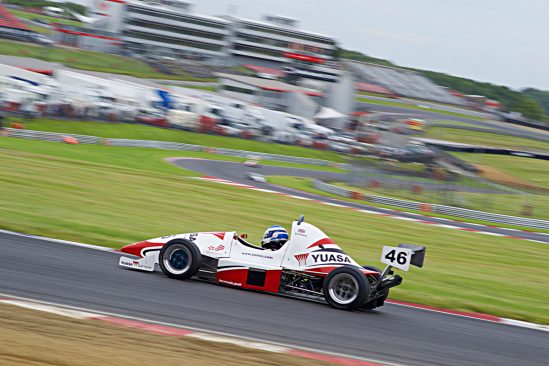