Yusa Jedi racer Bradley Hobday had mixed fortunes at Donington Park, but takes a lot of positives away from the weekend after competing in his first ever wet race.

We arrived at Donington Park race circuit for a test day prior to the race weekend, as Donington is a circuit I have never driven before I was really looking forward to it!  Unfortunately it was a bad day for us and I only managed to complete two laps of the circuit before the engine let go. This left us very disappointed with an early journey home and no circuit knowledge gained. Fortunately we have a spare engine which was quickly fitted allowing us to compete in the race weekend.

Saturday was a very tough day with lack of circuit knowledge and the weather providing lots of rain showers. I went out for qualifying in very slippery conditions which steadily improved throughout the session, I had a spin and a few big slides but managed to qualify in eighth position. 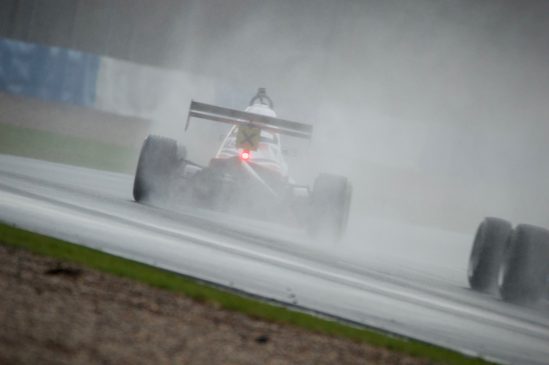 Race time came and the circuit had dried out, we headed out on to the track with slick tyres on but we were also joined by a sudden large rain shower! We were taken back to the pits to change to wet tyres but the weather was so bad the race was postponed for a short period while the showers eased off.

We were called up to race again and headed out on circuit, it was extremely wet and made visibility rather difficult! It was my first ever time racing in the wet! I made a good start gaining a place into the first corner, I was then following six other cars which were causing a lot of spray making visibility very difficult. At one point I couldn’t see the car in front! Going into the third lap the car I passed at the start managed to pass me back. I settled into the race and kept the car on the track passing a car on the last lap to finish in eighth position. 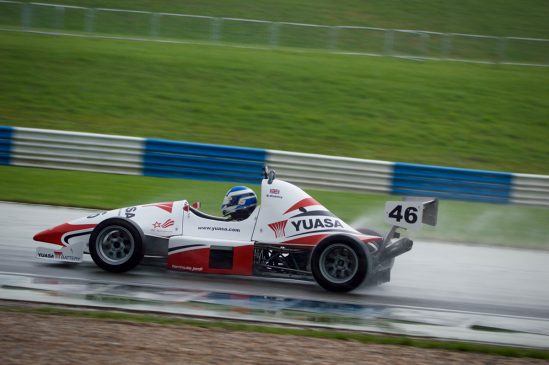 On Sunday morning we woke up to a nice dry circuit which managed to stay dry all day! We went out for qualifying early in the morning, I spent most of the session learning the circuit in the dry going faster and faster lap by lap. At the end of the session I qualified in third place! I was very pleased to be in that position especially seeing the lack of testing and the previous wet day.

When the lights when out for the race I managed to get a brilliant start taking the lead going into the first corner! I made a mistake running wide on one of the corners and at the next corner second place made a tight pass up the inside of me hitting wheels and pushing me wide knocking my tracking out and allowing two other cars by, I struggled at the next corner having a bad exit allowing more cars past. After a long race I finish in fifth position which was a little disappointing after leading the race for a short period… but I did manage to score some good points for the championship. 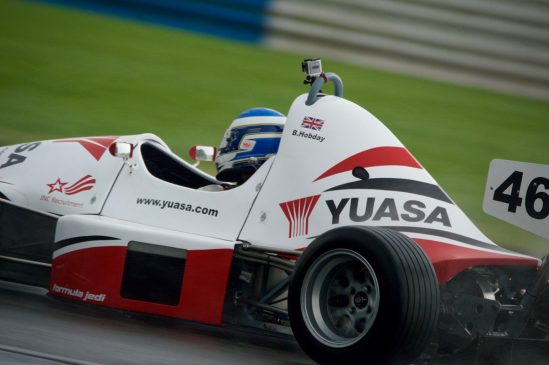 It was a really tough weekend for me with mixed conditions but we have some good positives to take from it. I am really looking forward to the next round at Oulton park.