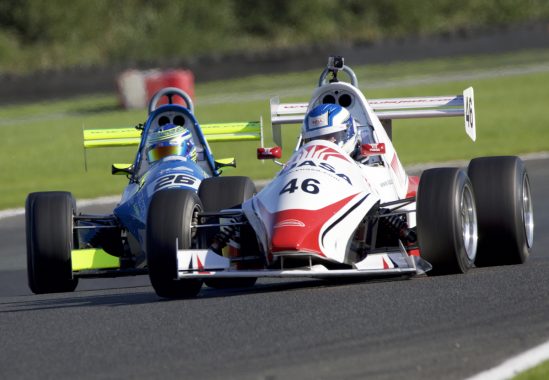 We headed up to Oulton Park for rounds 13 and 14 of the Formula Jedi Championship. The Friday was a test day prior to the day’s racing. Oulton is a circuit I have never driven but always wanted to so we had lots of learning to do. The day started off damp but soon dried out! I immediately really enjoyed the circuit and progress steadily throughout the day, my lap times from the test day were really encouraging especially for my first time there.

It was a slightly different layout than normal with just a one day race meeting, we had one qualifying session and two races which meant a very busy day ahead.

We went out for qualifying on the Saturday morning but after only three laps one of the differential output shafts broke leaving me with no drive and side lines for the session. In only three laps I had managed to qualify eighth for both races which we were a little surprised about considering the lack of laps I had done. 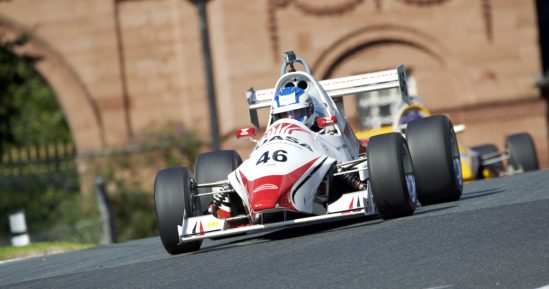 The car was quickly fixed and we lined up for the first race. I had a brilliant start passed three cars into the first corner, but unfortunately it was tight going into the next corner and I got pushed out touching my front wing on the car in front and breaking the wing off… I dropped to sixth place. This caused the car to understeer with lack of down force which was made worse two laps in when a rear upright twisted causing a lot of toe in and more understeer! I was struggling with turning the car and unfortunately went over track limits resulting in a ten second penalty. I did finish the race in sixth but I got pushed back to eighth once the penalty was applied.

The car was badly damaged with the next race fast approaching! The team did a fantastic job to fix the car and make it out on to the grid in time for the race. I had another good start making it into seventh place which is where I finished at the end, but along the way I had a fantastic three way battle throughout the race trading tenth for tenth which I really enjoyed!

It was a really tough weekend but we finished both races and had a very enjoyable last race. I am really pleased with the performance and commitment of my team to turn a damaged car around so quickly. I know with them behind me we can come back strong for the last round of the season at Silverstone. 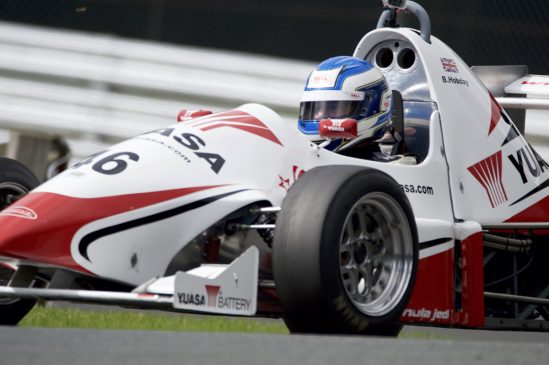