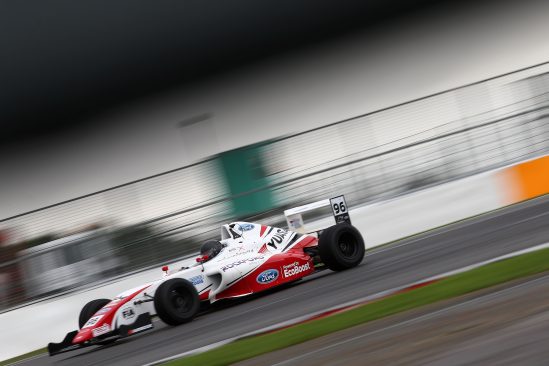 After a weekend of mixed fortunes last time out at Rockingham, Jersey racing driver Jack Butel showed points promise at Silverstone last weekend (17/18 September). Butel’s form improved as the weekend unfolded with top-ten pace throughout the two day encounter. 17th, 13th and 11th were not a true reflection of the Channel Islanders pace as points were on the cards for the 20-year-old in the F4 British Championship at the home of British motorsport.

In the previous round at Rockingham, Butel had a disappointing weekend by his normal standards and went into the second leg of the Northampton double header at Silverstone feeling confident of progressing in the FIA certified single-seater championship. Jack has historically gone well on the short National configuration of the iconic Silverstone venue, recording sixth last year. The Jerseyman was optimistic as he arrived at the home of British motorsport and soon found his feet, setting respective lap times just nine tenths of a second away from pole position in qualifying. 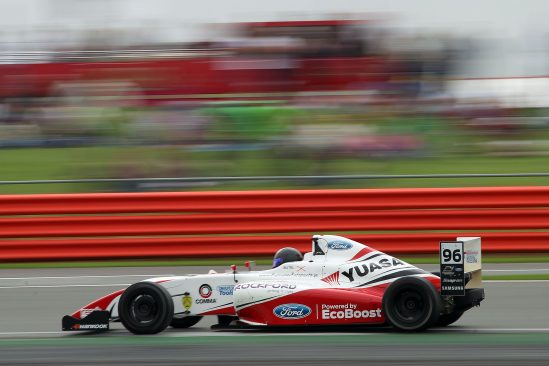 The JHR Developments driver struggled in qualifying but soon resolved the issue in race one with one of his position gaining trademark starts as the lights went out at the start of race one. The St Saviour resident was on the cusp of the top 10 as he flew around the 1.64 mile Northamptonshire venue. A troubled race for Jack would see him drop to 17th on the road after a difficult opening contest of the weekend.

Autumn may now be upon us, but this certainly didn’t deter thousands of spectators who made the journey on Sunday to Silverstone under the September sunshine. Fans filled the grandstands in anticipation for the three British Touring Car races that day and in and amongst were two nail-biting, highly exciting British F4 races powered by Ford Eco-Boost. Hundreds of thousands tuned into live ITV4 coverage, and this was the perfect opportunity for the Yuasa-backed star to bag more points in the highly competitive single-seater championship.

The second race of the weekend and first of the day would see Jack line-up in 17th with a lot to do to make his way up the grid. From the off the young–gun soon made headway as he picked off further positions, but with races so short Butel could only manage 13th as the clock hit zero. The 20-year-old believed there was more potential to come in the final race of the day. 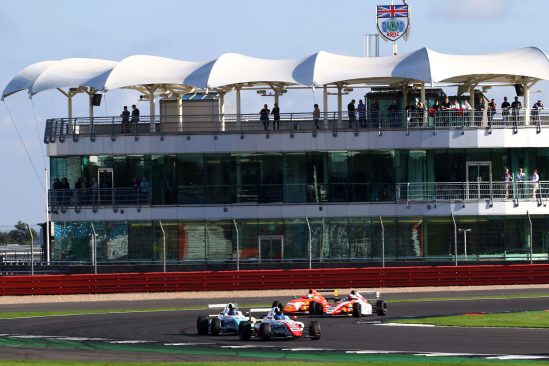 In the final race of the weekend from the ninth row of the grid, Butel rocketed off the start line in his turbo-charged missile and overtook several rivals on the opening lap. Getting his elbows out and scrapping in the mid-field, Jack collided with a rival, which knocked his progress. The Channel Islander in the Yuasa single-seater quickly recovered and got his head down and stormed back up the field to 11th at the fall of the flag, just missing a points paying position by 1.6 seconds.

“We did a solid job this weekend and went well in the conditions across the weekend. It was nice to be back at Silverstone and we performed well in the races, it was a shame to miss the points again. Even more so as we had the pace to be higher up the grid. Points were on the cards in race three had it not been for the incident, that dented the momentum and It was too much of a uphill struggle to get into the top 10 with the time left on the clock.

“Going into Brands Hatch the target is still to record some points. The circuit is amazing, especially the back of the old Grand Prix circuit. We went well last year and with three solid finishes here, I want to push on further next time out.”

The final round for the MSA Formula Championship will see Jack head to his ‘home event’ on the 1/2 October to tackle the world famous Brands Hatch Grand Prix circuit. With consistent results now in the bag, Jack and the team will look to continue the momentum and take championship points on the British F4 curtain call. 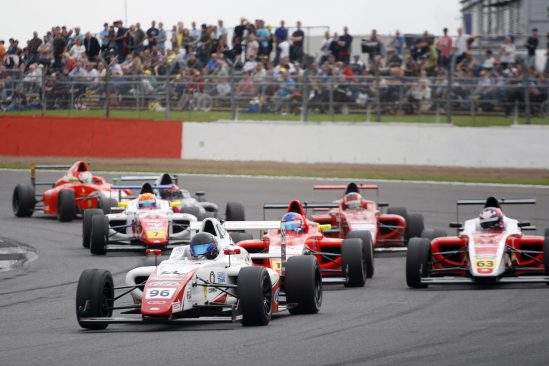