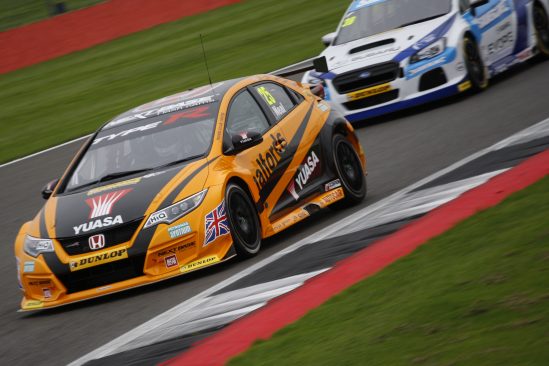 Halfords Yuasa Racing duo Gordon Shedden and Matt Neal will enter the final act of an enthralling 2016 Dunlop MSA British Touring Car Championship campaign firmly in title contention after fighting back from adversity on a rollercoaster weekend at Silverstone.

Carrying significant success ballast, the pair impressed in qualifying as they lined up seventh (Neal) and tenth (Shedden) around the celebrated ‘Home of British Motorsport’ – the best-placed of the leading championship protagonists. 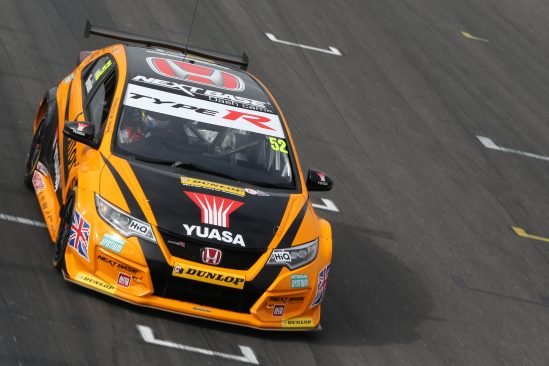 Both unfortunately fell victim to punctures in race one that scuppered their hopes of solid points-scoring finishes. To rub salt into the wounds, that left the two multiple champions to begin the second contest from well down the order in 23rd and 24th, but the indefatigable Shedden fairly stormed through the field to snatch eighth spot and with it, the all-important reverse grid pole position for the day’s finale. Following a hard-fought effort, Neal snared the last point on offer in 15th.

When the lights went out in race three, Rob Collard’s fast-starting rear wheel-drive BMW predictably surged into the lead, leaving Shedden to bravely duel it out side-by-side with Mat Jackson for second. It was a duel the Scot would win, and just a lap later, he went all the way around the outside of Collard through the Maggotts-Becketts complex in a move that drew gasps of admiration from the capacity crowd. 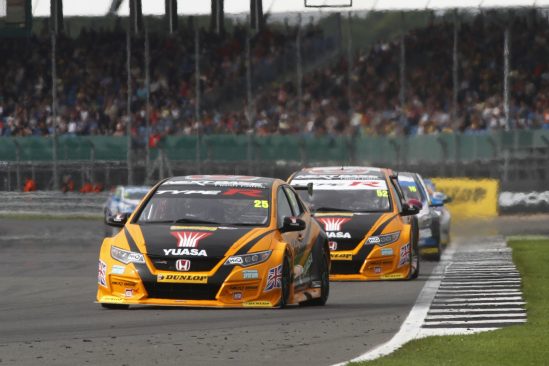 Thereafter, the defending title-holder pulled away to clinch his fourth victory of the season and close to just 11 points shy of the championship lead, with Neal right behind him only two points further back in third. The three-time champion pulled off a series of spectacular passing manoeuvres to progress from 15th to fifth in his 600th BTCC start, overhauling championship leader Sam Tordoff along the way. Honda and Halfords Yuasa Racing sit second in the Manufacturers’ and Teams’ standings respectively.

“We did a good job in qualifying, but that was then undone in race one with the puncture, which was a real shame. It isn’t easy to fight your way through at Silverstone, but I got my head down in race two, opened as many doors as I could and squeezed through them all. I probably opened a few other people’s doors too! The car felt mega – as it did all day, to be fair – and that result was instrumental in securing us pole position for race three. I was expecting a tougher time of things on the soft tyres, but after losing the lead at the start, I knew I had good momentum and that I would have an advantage over Rob at Maggotts with the Civic Type R, so I kept it pinned – that was particularly satisfying, as it’s not the kind of move you manage to pull off very often! I genuinely couldn’t believe the grip I had and the car was phenomenal throughout – as far as I was concerned, the race could have gone on and on! This was exactly the kind of weekend we needed around a circuit where we had feared we might struggle, and points definitely make prizes at this stage of the season. It’s all to play for at Brands Hatch now – so bring it on!” 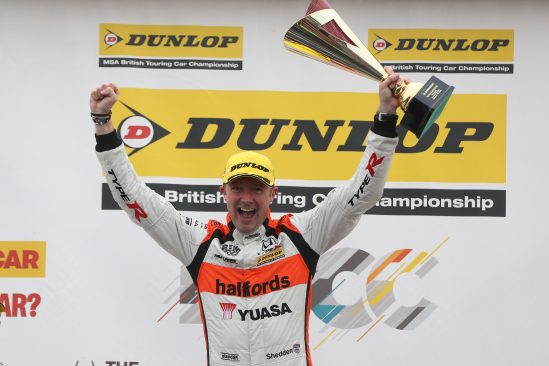 “It was all looking quite rosy until a couple of laps from the end of race one! I’d been sitting there feeling pretty smug after qualifying and running ahead of all my main championship rivals, and then the puncture put us properly on the back foot and needing to recover ground, which isn’t easy here. On the positive side, at least the other guys around us in the points didn’t have a stellar time of it either. In race two, we needed to get the right breaks and they just didn’t fall our way, with people defending as if their lives depended on it throughout the field. Still, we gained some ground and although it was fairly heavy-going again to begin with in race three, once I found some clear air I could really get my head down and showcase the Civic Type R’s full potential. Our car is great in the high-speed sections, so we were quick through Copse and then strong on the brakes into Maggotts and Becketts, which made that the overtaking spot of choice. I just wanted that race to keep on going – who knows, we might have even come away with a Honda one-two! Both ‘Flash’ and I are well in the hunt going to Brands Hatch, so it’s game on!” 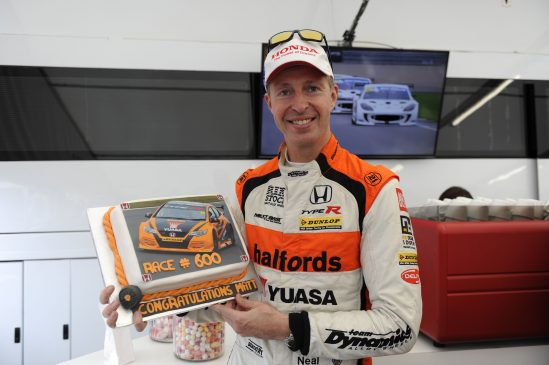