Yuasa, as co-sponsor of Repsol Honda, are celebrating with Marc Marquez and the team after the sensational Spaniard won his third MotoGP World Championship. A superb victory in Motegi this weekend saw the 23-year-old become the youngest ever rider to win three premier-class titles. 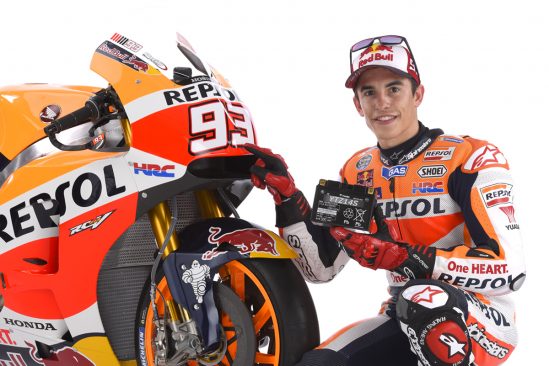 With three races still to go in the season, Marquez claimed the crown with his fifth win of 2016 after a dominant performance in the Grand Prix of Japan at Motegi.

Yuasa, the world’s number one original equipment manufacturer (OEM) motorcycle battery supplier, have backed the Repsol Honda MotoGP team and their riders Marc Marquez and Dani Pedrosa since 2013. During this time Marquez has won a staggering 29 GPs and scored 50 podium finishes en route to his record-breaking three MotoGP world championships.

His total overall tally of world titles in all classes now stands at five. This rare achievement has previously only been pulled off Mick Doohan, Valentino Rossi, Jorge Lorenzo and Toni Mang, although at 23 years and 242 days old Marc is the youngest rider ever to do so.

James Douglas, Marketing Executive at Yuasa Battery Sales (UK) Ltd said: “We are absolutely delighted that Marc Marquez has won the 2016 MotoGP World Championship, and has cemented his place in the record books by becoming the youngest rider ever to win three premier-class titles.

“Since becoming a major sponsor of Repsol Honda in 2013 we have enjoyed unprecedented success with the team. Yuasa’s core values are reliability, quality and performance and our partnership with Repsol Honda strongly mirrors this. We also believe that success is achieved through teamwork and this is continuously demonstrated by their strong team ethics.

“Yuasa has enjoyed exceptional motorsport success this year. Halfords Yuasa Racing’s Gordon Shedden won his third British Touring Car Championship a few weeks ago, and for Marc to now take the MotoGP riders’ crown is the icing on the cake of an exceptional year for us.”
Marquez’s victory in Japan has also extended Honda’s lead in the Constructors World Championship to 28 points. After the celebrations calm down it will be back to business as usual when the action continues at the Australian GP on 23 October. 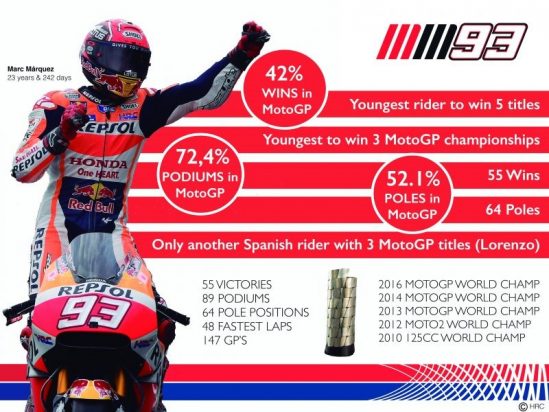 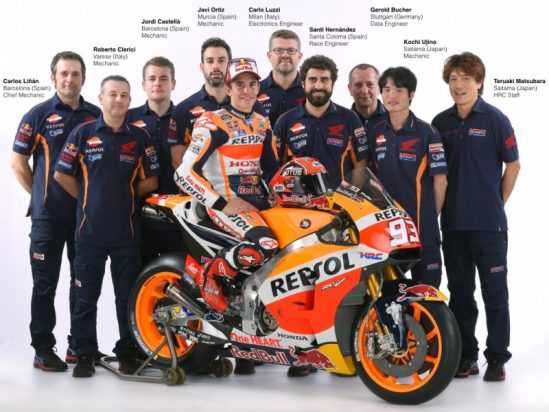