Jack Butel signs off 2016 with points at Brands Hatch finale 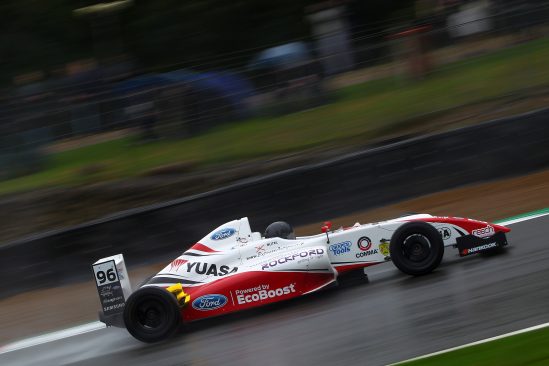 The fast and furious British F4 single-seater championship came to a close on the iconic Brands Hatch Grand Prix circuit last weekend (1/2 October). After missing out on championship points on the last few rounds, Butel signed off 2016 in style with ninth in race one and a pair of 14th place finishes.

In the previous contest at Silverstone, Butel had a solid weekend, just missing out on the top-ten at the home of British motorsport. Two weeks on and Jack faced his biggest challenge of the season – the daunting Brands Hatch Grand Prix layout. At 2.3 miles in length the undulating mecca for motorsport would throw all weather conditions at the Channel Islander over the weekend. Heavy rain on the Friday practice day and Saturday qualifying, saw the Jersey driver initially struggle in the wet conditions in his JHR Developments prepared machine. 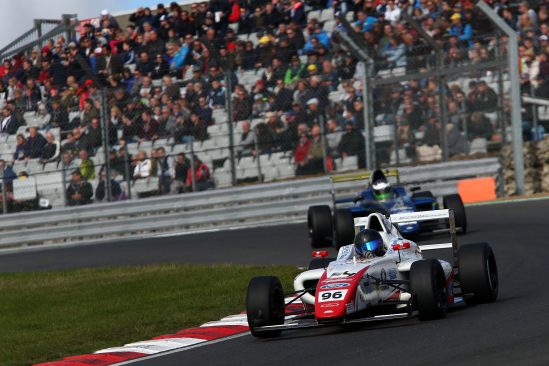 For the first race on Saturday, Butel would start from the back of the grid. On the wet but drying circuit, Butel made the most of his trademark good start to leap-up the order on the opening lap, nestling himself into 12th place. A rain shower threw an unexpected spanner into the works three laps later. The 20-year-old revelled in the changeable conditions as he carved his way into the top-ten before taking ninth on lap nine. A position the Yuasa-backed driver would hold until the fall of the flag two laps later – taking his third top-ten finish of the season in the process.

As it was the final round for the British Touring Car Championship and all of the other support categories, a large crowd packed into the Kent venue, while hundreds of thousands tuned into ITV4 for live coverage throughout Sunday. The stars of tomorrow in the form of the British F4 series runners put on a fantastic display for the thousands packed around the circuit. Starting in ninth, Butel was optimist of moving up the order in the 20-minute shoot-out. Unfortunately for the St Saviour resident an engine misfire developed in his JHR single-seater. Down to three cylinders, Jack was a sitting duck on the long, fast, flowing sections, dropping outside of the top-ten. Racing his heart out, with a wounded machine, the former De La Salle student managed to chalk-up 14th position as the clock hit zero. 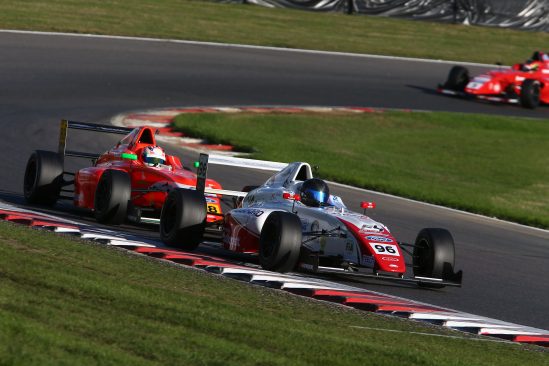 With the grid for the final race decided upon qualifying, Jack would start on the back row of the grid after a troubled qualifying session. The British F4 showdown would see Jack rocket off the line once again in his turbo-charged missile, overtaking several rivals within the first lap. Avoiding drama in front, Jack enjoyed several race long battles and took another solid 14th at the fall of the flag. 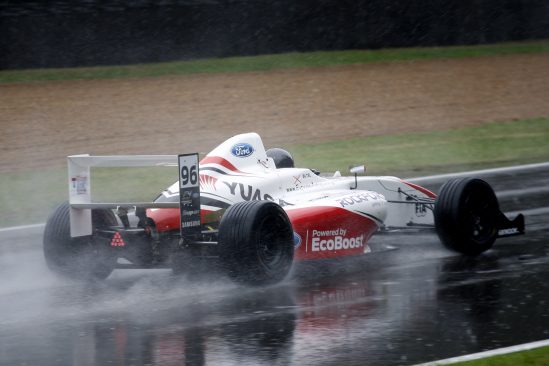 “Brands Hatch GP is so much fun to drive and I fell in love with the circuit once again.” Enthused Butel. “Race one was very interesting with the rain on slick tyres! I loved the conditions and knew I could get some points in and amongst all of the drama. It was great to be back in the top-ten.

“With a good result in race one, I thought this would be the perfect springboard to try and get a top five in the second. The mechanical issues were very frustrating as that saw us drop down the leaderboard – denying us any chance of further points. We had some good battles in the final race and I really enjoyed scrapping in the sunshine with the massive crowd trackside. It was probably the best weekend of the year. It’s such a shame it was the final round!

“I would like to thank everyone for their support in 2016. All of this wouldn’t be possible if it wasn’t for my dedicated family, team, coaches and sponsors. I look forward to putting plans together for 2017.”