Champion Marquez on podium in Valencia, Pedrosa returns to speed before crashing 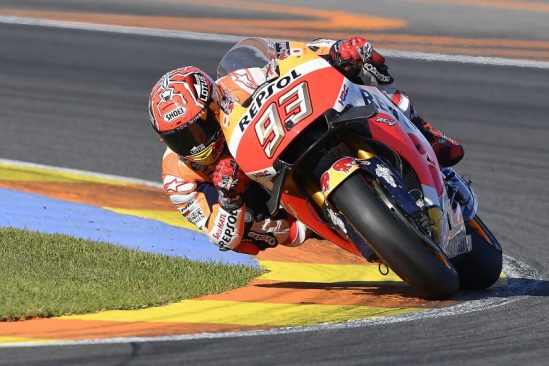 2016 MotoGP Champion Marc Marquez returned to the podium in the 150th GP of his career, scoring an important second-place finish in the season-finale Grand Prix de la Comunitat Valenciana and helping Honda secure its 22nd Premier Class Constructor title during its 50th Anniversary racing in the division. 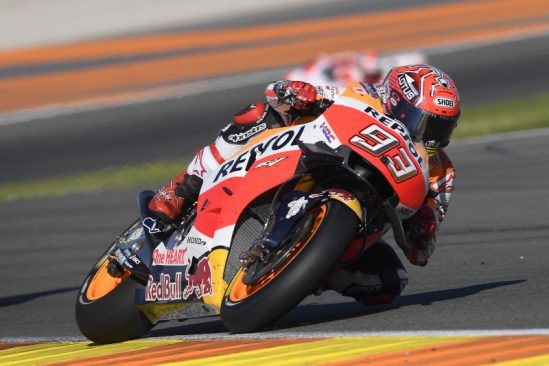 Marc didn’t have a great start from the front row and found himself in fifth by the end of the first lap. He overtook Maverick Viñales for fourth position on the sixth lap and stuck close to Andrea Iannone and Valentino Rossi’s battle for second, while eventual race winner Jorge Lorenzo pulled a gap at the front.

Marc improved his speed as the race progressed, and between laps 19 and 20 he passed the two Italians. As he began putting in a series of impressive lap times in the mid-1:31 range, he cut his gap to Lorenzo from 5.437 with 10 laps remaining to 1.185 seconds at the finish line. 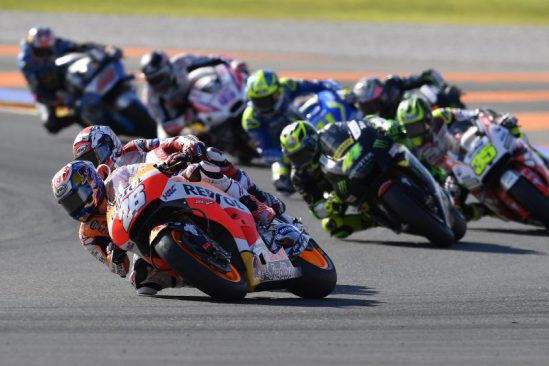 After making a strong comeback and displaying good speed during the Valencian GP, Dani Pedrosa escaped a turn 2 crash uninjured on the seventh lap of the race, when he was in seventh position.

“We’re happy because we’ve managed to get on the podium and we’ve finished the season strongly. This is the most important thing. In the race, the start penalized us a lot as I had an issue with the clutch and lost several positions. Afterward I wasted a lot of time behind Rossi and Iannone. As Valentino said yesterday, overtaking is difficult on this track, so even if I was able to get close, to pass them was another story because I was losing under acceleration and was a bit on the limit under braking. I waited behind as the tyres began to affect performance, and step-by-step I continued improving until I found the opportunity to pass them. From then on I was able to improve my speed, and maybe if the race had lasted a little longer I might have reached Lorenzo. Anyway, he had an incredible race and I was not able to catch him. Congrats to him for this result. It hasn’t been an easy season but we were able to win the title in Japan and secure the Constructors Championship this weekend, which is great. Now we’ll work hard starting from the next test to try and improve our bike even more.” 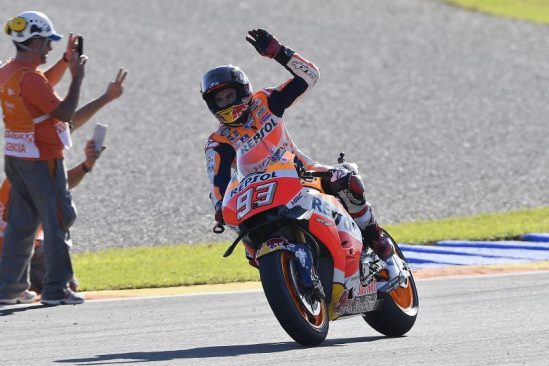 “It’s a shame about the crash. I started well and was taking things calmly since I didn’t feel perfectly good with the tyres. Unfortunately, after just a few laps, on the entrance to turn 2, without pushing, the rear stepped out, and at the same time I also lost the front and couldn’t avoid the crash. I don’t know what went wrong because I wasn’t riding at the limit. It was a pity not to finish the race, which was our intention. We’ve come to the end of a difficult year, but we’ll try our best to do better next season.”