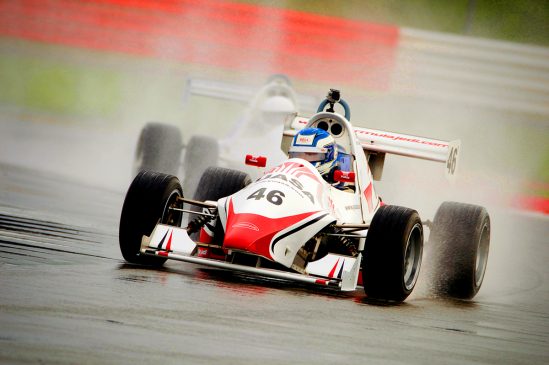 Yuasa are celebrating yet more motorsport success after Jedi motor racing ace Bradley Hobday clinched third place in the BRSCC Formula Jedi Championship in his first ever year of circuit racing. Hobday, who is backed by the battery manufacturer, scored an incredible race win along with six podium finishes to take the spot leaving other more experienced drivers in his wake throughout the season.

The 28-year-old rookie from Yarnbrook in Wiltshire made the transition to single seater, wheel-to-wheel circuit racing in March having dominated sprint racing in recent years. The transition to the notoriously competitive 14 round Jedi Championship did not phase Hobday, despite the closely fought series being well known as a proving ground for many top motorsport stars over the years.

Visiting the top UK motorsport circuits including Brands Hatch and Donnington Park, Bradley contested the championship driving his 1000cc Jedi car carrying Yuasa’s iconic red, white and black motorsport livery. Wasting no time at any of the races, his ability to get on the pace quickly and fight for the top positions saw him become one of the outstanding stars of this year’s series.

Going into the final round at Silverstone in fourth place there was a chance Bradley could take the championship win. A third place in race one set up a dramatic finale in which Bradley’s front suspension was seriously damaged. Despite this, he battled on to take fifth position and secure a well-deserved third in the championship standings.

After the race, Bradley said: “It has been absolutely amazing having Yuasa behind me all year! Lots of people always stop and comment on how great the car looks, it is always the first Jedi they go to. I even had my own Yuasa fan club all weekend at Silverstone!

“It’s been a tough season learning all the circuits, car setup and race craft as well as dealing with engine blow ups whilst trying to compete with experienced racers. But after all that I secured a fantastic third place in the championship. I am absolutely over the moon to finish third in my very first season of circuit racing.

“I would like to thank everyone who has helped and supported me throughout the year but the biggest thanks of all goes to Yuasa! Without their support and encouragement none of my results would have been possible. I am extremely grateful for everything they have done for me during 2016.” 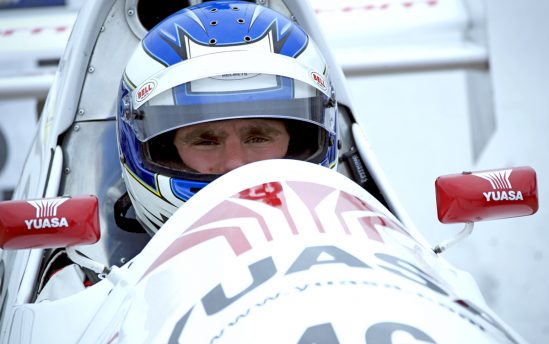 James Douglas, Marketing Executive at Yuasa Battery Sales (UK) Ltd said: “We are so pleased for Bradley and delighted by what he has achieved this year.

“Bradley’s exceptional performances make him an exciting driver to watch and have ensured that he is always right up at the front of the field amongst the action. He’s got lots of attention everywhere he’s raced both from the media and the fans. We are proud that he has carried our branding and he’s enjoyed strong positive media coverage throughout the year.

“We’ve backed Bradley for a number of years and know how good a driver he is. At the start of the year we were confident that he would fight hard and score some amazing results despite this being his first year in circuit racing. Not only has he proved us right, but he has exceeded our expectations. He should feel extremely proud of the success he has achieved.”

Yuasa have a long and proud heritage in motorsport and 2016 has been another year of unprecedented on-track success. The battery manufacturer has celebrated their third British Touring Car Championship drivers’ crown with Gordon Shedden and Yuasa-backed Repsol Honda’s Marc Marquez became the youngest ever rider to win the MotoGP World Championship three times.