Featuring Yuasa’s iconic red and white logo on the bonnet, sides, mirrors and rear bumper, the unmissable orange and black design concept was chosen for its aggressive and dynamic styling. The look accentuates the sporty lines of the Type R and will be unmissable when it takes to the track at Brands Hatch in April for round one of the championship. 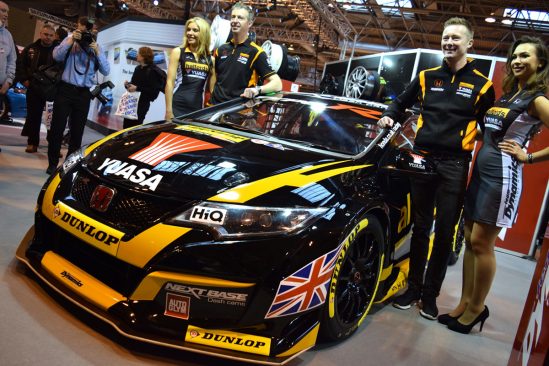 At the unveiling, reigning and three time BTCC champion Gordon Shedden commented: “One word, mega! If it goes as fast as it looks then one of us could be a four time BTCC champion come the end of the season, April can’t come quick enough”.
Matt Neal added: “After being involved with the design process I am really chuffed with the end result, another stand out design that will get plenty of TV coverage for our sponsors. We’ve been working hard over the winter to improve the car and adapt to the new technical changes for 2017 and both myself and Flash can’t wait to get out testing next month and see just what this new package has to offer”. 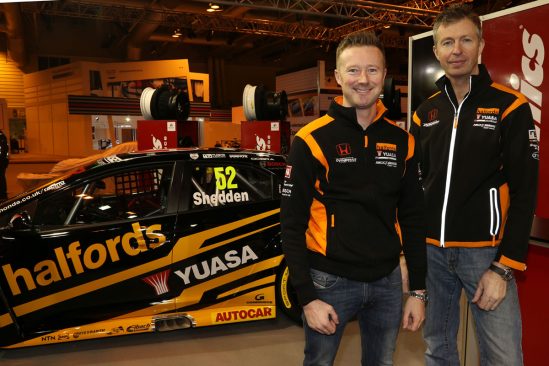 2017 will be the seventh year in succession Yuasa has backed the works Honda BTCC time. Since 2011, the partnership has brought unprecedented success delivering 5 manufacturers’ and 4 drivers’ championship crowns along with countless high adrenaline racing moments.

Yuasa has a strong and proud heritage in motorsport, alongside their BTCC involvement the battery brand sponsors MotoGP’s Repsol Honda team and their three time world champion Marc Marquez. 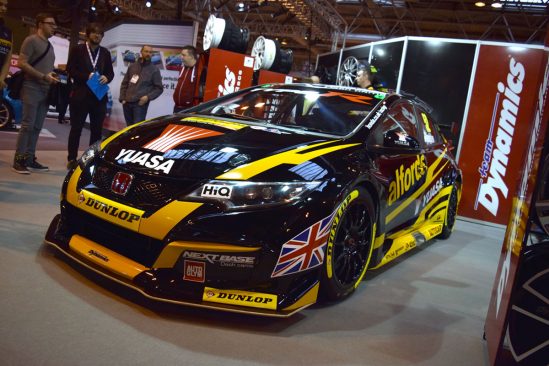