Yuasa rally car gets off to a flying start in Lapland 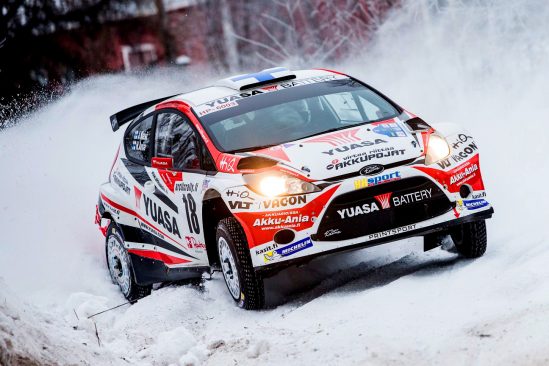 Yuasa’s sponsorship of Rally Team Kasing in the Finnish Rally Championship got off to a flying start at the Arctic Lapland Rally this week with driver Jukka Kasi and co-driver Henri Ania securing a strong 8th place finish.

Jukka Kasi and Henri Ania began their Finnish Rally Championship season on a positive note. The Arctic Lapland Rally was once again competed as a two day rally with ten special stages amounting to 250km of racing.

The Rally Team Kasing pair finished 8th in the highly competitive SM1 –class. “Our speed improved clearly from last year in this same race as a result of the work we’ve done with the “recce”. Further the improvements and changes made to the car for the rally were successful” Kasi summarizes. 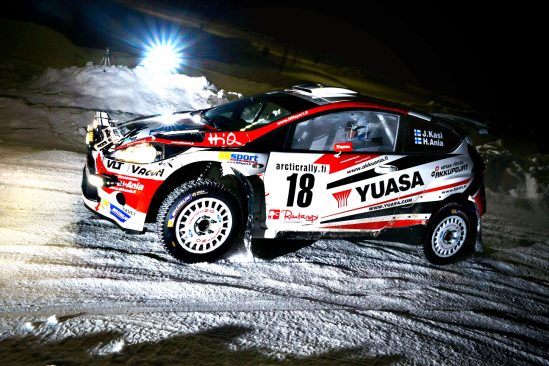 In the Lapland Rally Kasi and Ania regarded Mikko Lehessaari on his new Skoda R5 as a baseline for their own speed as last season’s results offered a basis for comparison.

On Friday after SS5 Kasi & Ania were 10th in their class, with a 2 min difference to the leading pair. They set out to improve their position on Saturday morning’s first SS Siikakämä. Unfortunately a malfunction in the windshield warmer resulted in frozen windshield on Jukka`s side, thus affecting visibility.

Kasi continues:“The windshield was frozen on my side for almost the whole 42km leading to a 180 degree spin in the middle of the special stage. As a result our SS-time was far from the closest competitors.”

During the next service the team was able to fix the problem and we were back racing to the maximum. On the following stages Kasi-Ania were able to hit steady times thus improving their position in to the 8th position. The race culminated in the challenging 52km long Ristilampi SS. 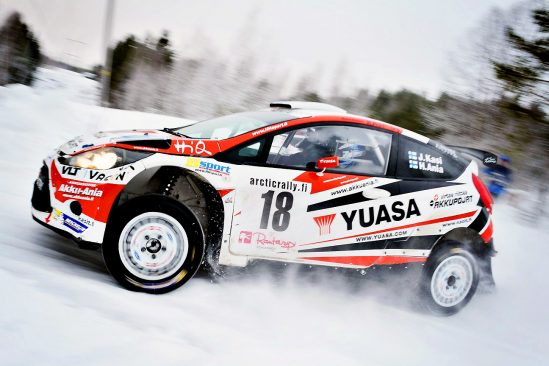 “Our speed was solid and there were no problems. I was very pleased with the SS as well as the whole Arctic Lapland Rally, which was our 3rd. This year we maintained a steady pace throughout the race” says Jukka. The difference to the winner was 5 min and to the 7th position 39,9sec”

The Finnish Championship series continues in Mikkeli on 17-18.2