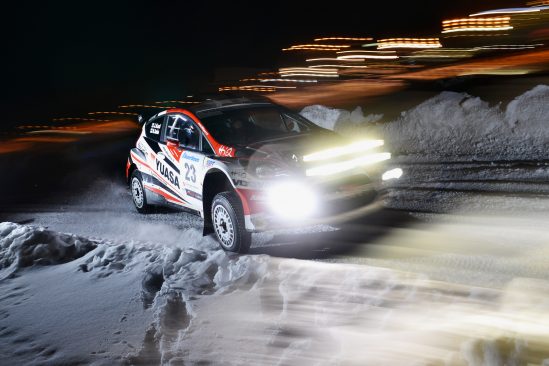 Jukka and Henri’s preparations for the rally culminated in tests driven on Thursday in Hankasalmi. “We found a good touch. The tests offered a great starting point for preparing towards the recce session” Kasi said on Thursday. 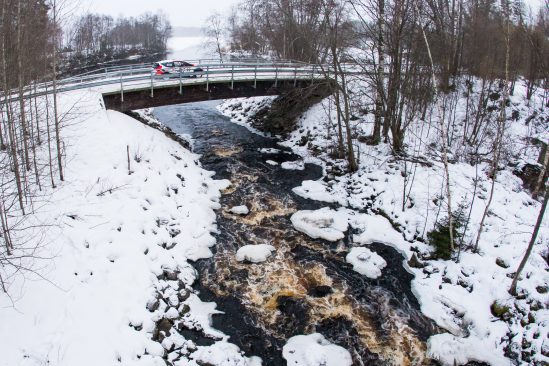 And a good feeling was just what they needed as two special stages were driven already on Friday evening: the first one being a short SS on Mikkeli’s trotting-track and the second one a 13 km long special stage in the forest.

“There was a lot of loose snow on the road surface on the second special stage thus making it difficult to get a good grip of it. While in Rovaniemi we were able to rely on the snow banks for little extra support, in Mikkeli there was hardly any snow and the banks were soft”, said Kasi suming up the conditions. 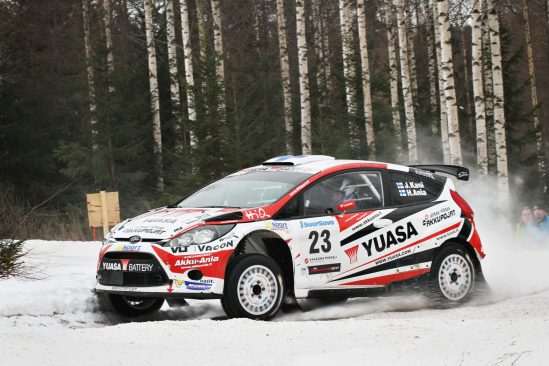 Saturday dawned on a brighter note and Jukka was pleased with the 3rd special stage performance. Unfortunately, they were unable to finish the fourth special stage due to a technical malfunction.

“We had gotten up to a good speed in the morning as well as on the fourth special stage but, unfortunately, we didn’t get to finish the race after a good start. Now we’ll start the preparations for the winter-season-ending-rally in Nilsiä Tahkovuori2”, Kasi contemplated after the race.

The next Finnish Rally Championship race is driven on 10 – 11 March in Nilsiä. 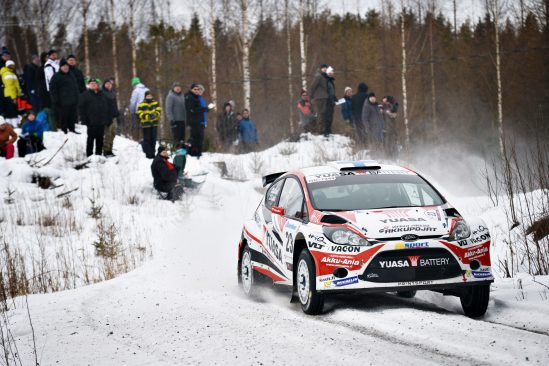