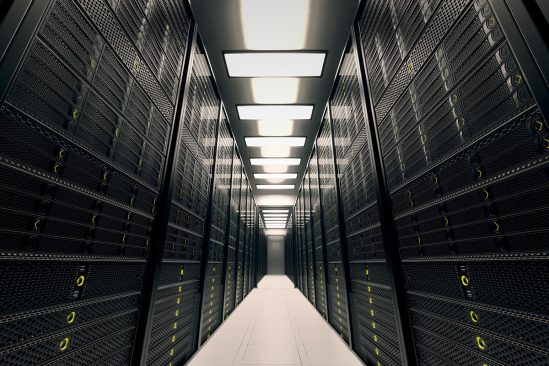 The prime purpose for Uninterruptible Power Supplies (UPS) is data processing security. So a new UPS electricity storage technology should be able to offer improved security opportunities. In the case of lithium-ion batteries this is possible on several levels, compared to the incumbent lead acid (VRLA) battery technology. As well as power security improvement the total cost of ownership (TCO) for any commercial data activity must be an important consideration. Given the extended life, and opportunities for significantly reduced operating costs, this is also an area where lithium ion can provide benefits compared with lead acid. On the other hand the valve regulated lead acid (VRLA) battery has been providing reliable, cost effective, service since day one of the Data Centre industry and will not be beaten on initial purchase price in the foreseeable future.

Reliability in any system is facilitated by simplicity. At a chemical level the processes taking place within a lithium-ion cell are fewer and simpler than those involved with lead acid operation. While charging or discharging a lead acid cell the internal structure of the active materials is first dissolved then re-built within the electrode structures. The sulphuric acid electrolyte also takes part in the chemical reaction and water is decomposed to oxygen and hydrogen in energy wasting side reactions. In comparison the solid electrode structures, in lithium-ion – metal oxide cells, provide a fixed crystalline lattices which act as hosts for single lithium ions that move freely between the positive and negative electrodes as the cell is charged and discharged. Detailed mathematical models are routinely used by lithium-ion design engineers to predict the performance of cells in complex operating patterns. This level of definition is not possible for lead acid cells even after 150 years of development. 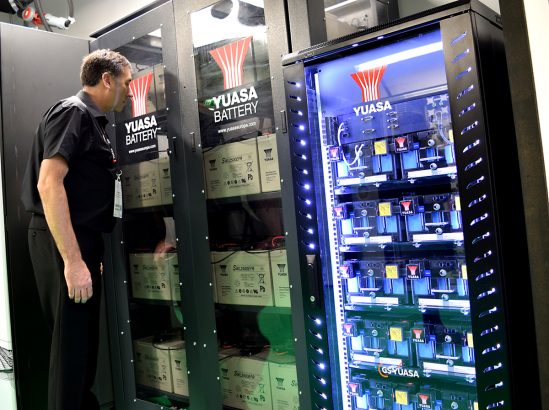 One particularly elusive property of lead acid cells is the voltage depression effect that occurs in the first few minutes of discharge. This effect is particularly pronounced at high currents and following long periods of float charge. Although the voltage recovers later, the trough voltage can cause unpredictable tripping of a UPS. This effect limits the minimum reliable autonomy that should be applied with VRLA to 5 minutes or more. By contrast lithium ion does not exhibit this voltage depression and systems can be sized even for a few seconds, if a very high power cell design is selected.

The greater predictability of lithium-ion also extends to ageing effects. In the case of lead acid batteries the primary failure mode is corrosion of positive electrode grids. This proceeds throughout life but the harmful effects are only manifested over weeks or months at end of life, accompanied by a rapid drop in performance. By contrast lithium ion cells main ageing process is a steady thickening of a solid electrolyte film at the surface of active materials. This results in a steady, predictable loss of capacity and associated rise in internal resistance. If a cell has, for example, taken 10 years to reach 80% of original performance it will take another ten years, under the same conditions, to reach 60% of performance.

The longer, flatter life trajectory of lithium is the basis for TCO reduction as well as security enhancement. Rather than replacing all cells as they approach end of life, perhaps defined as 80% like VRLA, it is acceptable to add new parallel battery sets to existing units. This can also fall in line with expansion plans for a datacentre that is not fully loaded initially, but requires additional power and incremental replacement flexibility in later life. 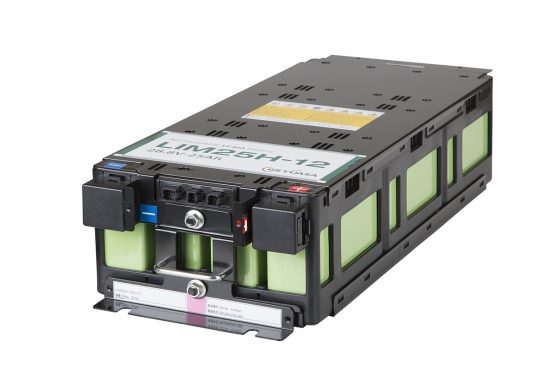 Another significant TCO opportunity is to save air conditioning costs with lithium ion batteries. The design life for VRLA batteries is typically based on 20°C operation with a halving of life expectancy for each 10°C increase in average operating temperature. Lithium ion design life calculations are typically based on 25°C and can be operated continuously up to 30°C without significant effect. For European operations this means passive or fresh air cooling is adequate rather than air conditioned systems.

VRLA batteries are particularly sensitive to thermal management because they generate heat internally while they are in standby operation. Lead acid batteries require continuous charging to replace self-discharge losses. At the voltages required for complete charging the water in the cell electrolyte decomposes to form oxygen gas. This gas is recombined within the cell but releases heat during the process. Over 90% of the current used during float charging can be wasted as heat. With Lithium ion chemistry self-discharge also occurs, but there are no significant side reactions to generate heat and the electricity consumed to maintain full charge is much lower. 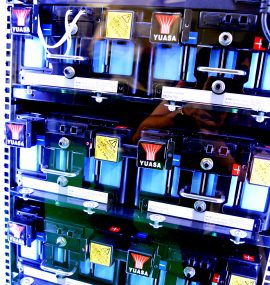 A benefit of the oxygen recombination process in VRLA batteries is that it can act as a release valve for surplus energy, when a series of cells are in an imbalanced condition. Simply float charging will allow cells with low state of charge (SoC) to become fully charged while high SoC cells dissipate surplus energy as heat. For lithium ion cells this mechanism is not available so electronic battery management systems (BMS) are used to apply resistor shunts across high SoC cells to dissipate excess energy. The integrated BMS adds significantly to the cost of lithium ion modules but in high security applications this is often applied for VRLA at extra cost. Yuasa offers fully integrate cabinet packages that can be connected directly to UPS, in place of VRLA, with minimal alteration.

While the benefits of lithium-ion can be applied to existing Data Centre operations there are rapid changes occurring in the wider electricity supply industry. These changes, particularly with regard to renewable energy, could have far reaching implications for the structure of the electricity supply network and the commercial interaction between users and suppliers of electricity. Storage and demand management are at the forefront of current developments in this field. On the basis that up to 5% of UK electricity passes through a UPS, which contains storage and power management capabilities, it is not too difficult to envisage a smarter use of these assets in future.

While there are clearly opportunities for Data Centre operators to use the new lithium-ion technology to improve security and power supply integration the established VRLA technology can still support existing structures most effectively.