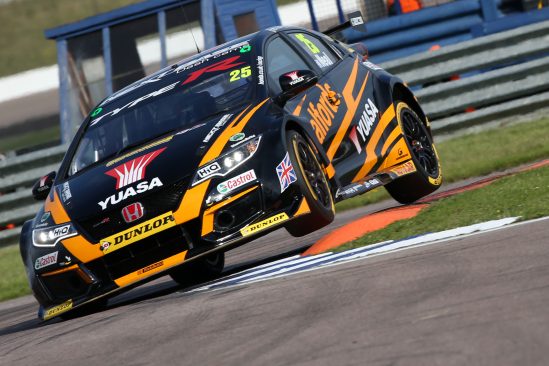 Halfords Yuasa Racing drivers Gordon Shedden and Matt Neal proved the inherent pace of the Honda Civic Type R in the Dunlop MSA British Touring Car Championship at Rockingham this weekend (26/27 August), but misfortune conspired to keep the pair off the podium at the Northants speedway.

Neal lapped just over a quarter-of-a-second shy of the outright benchmark in an ultra-competitive qualifying session to line up seventh on the grid, as team-mate Shedden struggled with 57kg of success ballast aboard his Civic Type R, restricting him to just 16th place.

Three-time champion Neal converted that into a solid fifth at the chequered flag in race one – setting the fastest lap along the way for good measure – but fellow multiple title-winner Shedden’s hopes of adding to his points tally were dashed by a puncture on lap 11 that prompted an unscheduled trip to the pit-lane. 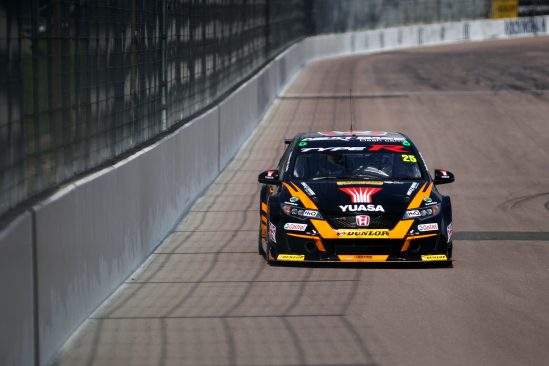 Neal went on the attack in race two, and he was challenging for second position when contact with Josh Cook at Deene Hairpin spelt an early bath. Shedden was similarly making up ground from the back of the pack when he came together with Rob Austin at the same spot, resulting in a failure to finish.

Both drivers began the finale right at the rear of the grid, but fought their way grittily through the field to take the chequered flag 12th (Shedden) and 13th (Neal), ensuring the battle for the biggest prize in UK motor sport continues on to Silverstone in three weeks’ time (16/17 September).

“We knew Rockingham had the potential to be a tough weekend, but still, we looked to be in reasonable shape with fifth position in race one and obviously race two was going even better until the contact with Cook. The Civic Type R was on rails and second place was well within our grasp, so it was disappointing for that to be taken away from us by another driver’s error. Race three was always going to be a case of damage limitation from where we were starting, but we were as quick as the leaders again and 13th was about as good as it was ever going to get given the mountain we had to climb. We’ll dust ourselves off and come back battling at Silverstone.” 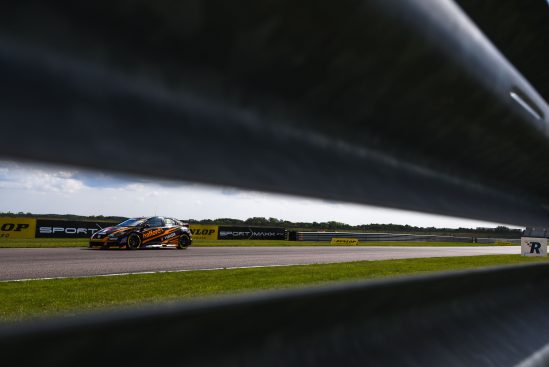 “Rockingham is notoriously difficult when you have ballast in the car, and that was reflected in both qualifying and race one when we very clearly struggled for speed, which was frustrating. We were coming through the pack in race two until the contact, which damaged the suspension, and we did our best in race three but it was always going to be a tall order to get much further up the field than we did. We’ve lost some ground in the championship here and it’s fair to say the situation is not looking particularly rosy right now, but as everybody knows, the BTCC can turn on a sixpence and nothing is over yet, so we will keep on fighting to the very end.” 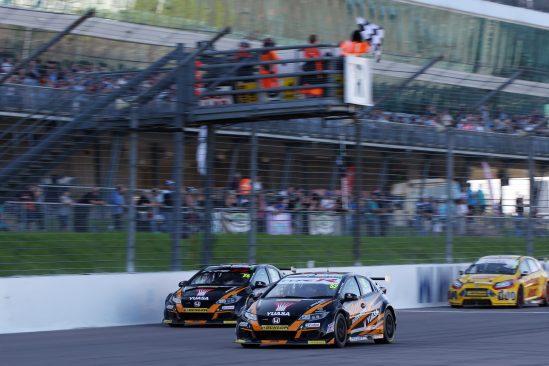