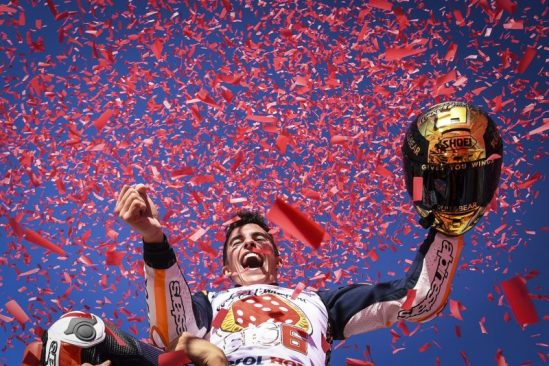 Yuasa, team sponsor of HRC Repsol Honda, are celebrating with Marc Marquez and the team after the sensational Spaniard won his fourth MotoGP World Championship. A superb ride at the season finale in Valencia saw the 24-year-old become the youngest ever rider to win his sixth career world title and fourth MotoGP title.

With the title decider going down to the final race, the pressure was on for Marquez. Nevertheless, he put in an amazing performance to finish third on the podium and claim his fourth MotoGP crown. A feat once achieved by the likes of British motorcycle legends Mike Hailwood and John Surtees. 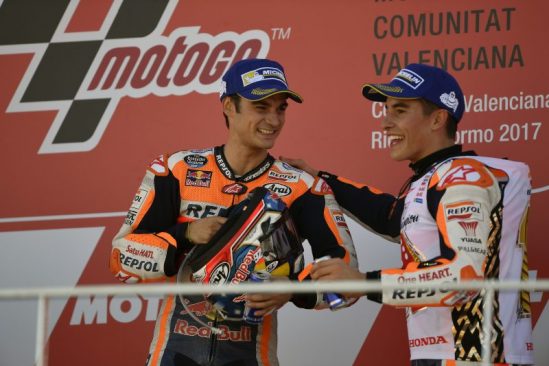 Marc and Dani were also the two riders to score the most podium finishes this year, twelve and nine respectively, making the Repsol Honda Team the most successful team of 2017, with eight double-podium finishes

Yuasa are Original Equipment Manufacturer (OEM) motorcycle battery supplier to all the world’s top bike brands and the number one choice for quality, reliability and performance. The battery manufacturer has backed the HRC Repsol Honda MotoGP team and their riders Marc Marquez and Dani Pedrosa since 2013. During this time Marquez has won a staggering 35 GPs and scored 62 podium finishes en route to his record-breaking four MotoGP world championships. 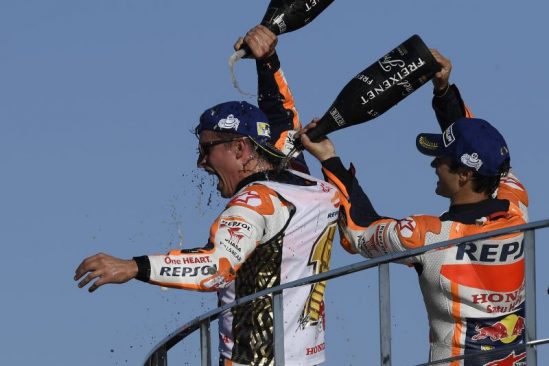 James Hylton, Sales and Marketing Manager at GS Yuasa Battery Sales UK Ltd said: “We are absolutely thrilled that Marc Marquez has won the 2017 MotoGP World Championship, and has once again cemented his place in the record books by becoming the youngest rider ever to win four premier-class titles and 6 career titles.

Marquez’s total overall tally of world titles in all classes now stands at six. This rare achievement puts him joint eighth in the all-time list and has previously only been pulled off by Geoff Duke, Jim Redman and Valentino Rossi, although at 24 years old Marc is the youngest rider ever to do so. He is also now the most successful Spanish MotoGP rider in history. 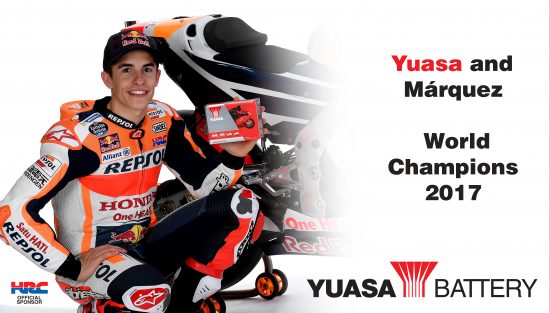 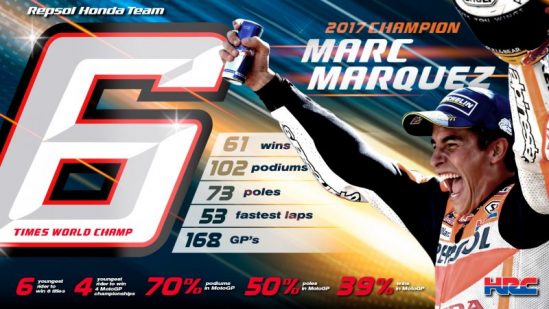