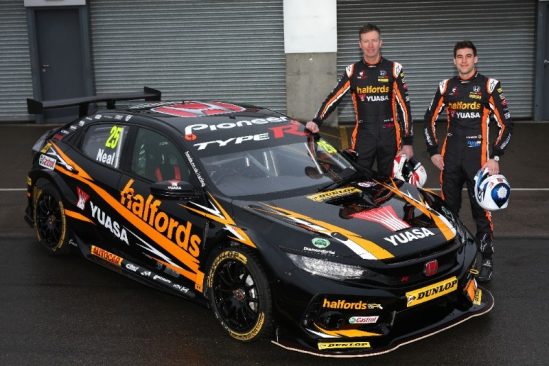 GS Yuasa Battery Sales UK Ltd are revving up for another memorable season in the Dunlop MSA British Touring Car Championship, as they hunt for more silverware in 2018. The highly anticipated Halfords Yuasa Racing new generation Civic Type R race car was unveiled at the BTCC Media Day at Donington Park yesterday, with the first race just weeks away.

The all new Civic Type R race car, which took to the track in full race trim for the first time during the event at Donington Park, sports an aggressive new black and orange livery. Triple champion Matt Neal and recent signing Dan Cammish will pilot the new machines in what will be Dan’s first year in the BTCC and Matt’s 27th.

Cammish replaces Gordon Shedden in the second BTCC Honda Civic Type R. He arrives at the team with several seasons on the BTCC support package under his belt. The Yorkshireman was the architect of an astonishing campaign in British Formula Ford in 2013 – winning all 24 races he entered to wrap the title up with two meetings to go. He went on to clinching back-to-back crowns in the Porsche Carrera Cup GB in 2015 and 2016. 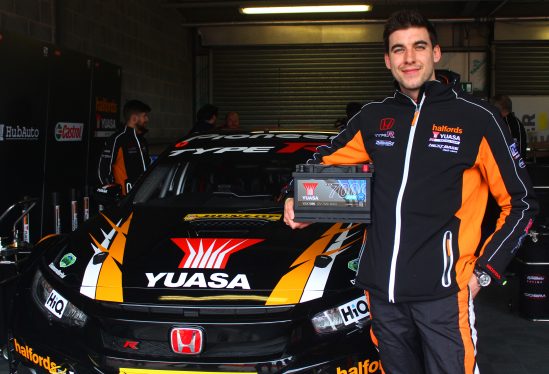 Yuasa has a long and proud heritage in BTCC racing, having been title sponsor of the Honda works BTCC team since 2011. During this time the battery manufacturer has enjoyed phenomenal success on the track, claiming an unprecedented four manufacturers titles and four drivers’ championships.

James Hylton, Commercial Director at GS Yuasa Battery Sales UK Ltd said: “We are very proud to continue our partnership with Halfords Yuasa Racing for another year. Our ongoing association with Honda and the British Touring Car Championship in general continues to bring real benefits by raising the profile of our brand as market leader for vehicle and industrial batteries. 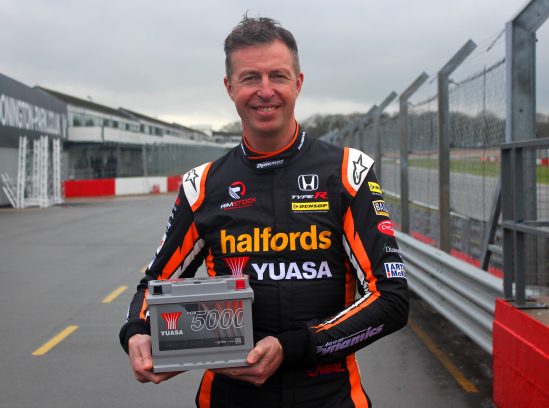 “The launch of the new next generation Civic Type R race car has captured everyone’s attention, and is already proving very popular amongst our fans. This increased exposure will help to further support our ambitious aftermarket plans by continuing to increase awareness of our products.

“With the prospect of another exciting season just around the corner, we are confident Matt, Dan and the team will deliver some fantastic performances. Whatever 2018 has in store, there’s no doubt that the UK’s most accessible motorsport series will give us another outstanding season of wheel-to-wheel racing.”

The new Halfords Yuasa Racing Type R will take to the track in anger at season opener at Brands Hatch on 8th April. The 30-round BTCC series then travels across the UK over 10 weekends taking in legendary circuits including Silverstone and Donington Park before returning to Brands Hatch for the season finale in October.