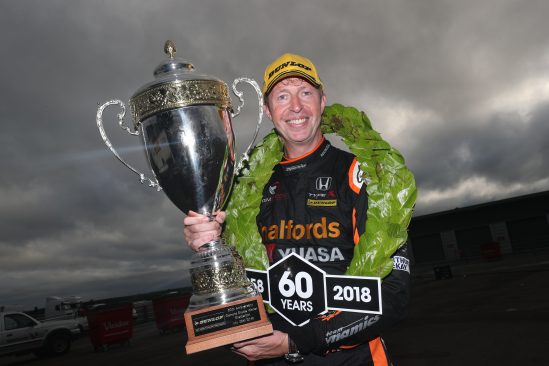 The enduringly popular series marked its 60th anniversary at the Norfolk circuit with a weekend of celebrations honouring decades of iconic tin-top action, concluding with a special third race run over 60-miles – approximately double the distance of a regular encounter. With the added reward of double points and the unique opportunity to both qualify and race on zero ballast, the stakes for a single BTCC race had never been higher.

Nevertheless, Neal and the Team Dynamics-backed Honda squad saved its best until last with an inch-perfect performance with the Honda Civic Type R (FK8) when it mattered. Starting from the front row of the grid, Neal retained second position through the opening laps before steadily upping the pressure on initial front-runner Jack Goff. Holding his nerve during a brief drizzly spell on lap nine whilst his rival made an error, Neal subsequently pounced to snatch the lead and take control of the race.

From here the combination of Neal’s precision driving and the Civic Type R’s flawless performance over an unprecedented 21 laps took him all the way to the chequered flag for an emotional second victory of the season.

With points added for leading and for his fastest lap, Neal’s maximum 44 points is the most ever awarded for a single race and fittingly marks another crowning career moment for the series most experienced racer in his 651st outing.

Moreover, Neal’s success sees him slash the leading margin in the BTCC drivers’ standings, the Stourbridge driver now only 16 points adrift of the top spot in third position overall.

On a day yielding multiple silverware success for Honda, Dan Cammish delivered a sterling performance in the tricky wet conditions of race one to claim the third podium of his rookie season with a faultless drive to third position. Following up with a run to fourth in race two, though an off in the tightly-contested finale denied Cammish a larger points haul in 14th it did allow him to extend his lead in the Jack Sears Trophy. 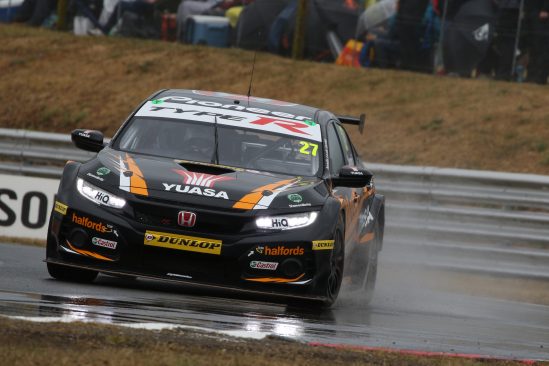 His efforts contributed to a landmark weekend for the team as a whole with Honda closing the gap to BMW in the manufacturers’ championship and Halfords Yuasa Racing leaping to the top of the teams’ championship with four rounds and 12 races remaining.

“It has been a truly magical day for the entire Halfords Yuasa Racing team. To produce a result like this on a level playing field with no success ballast is testament to the pure performance and the fundamental competitiveness of the Civic Type R, as well as demonstrate how hard the team has worked to unlock its potential since the start of the season. We had a tough race one and two in tough conditions, but we were always confident for the ‘big one’ from the front row and while the car didn’t feel settled initially it got better and better as the race went on.  Once I was in the lead I was determined not to put a wheel wrong, which was tough because Jack and Tom (Ingram) were all over me, but the Civic Type R performed perfectly right to the flag. I’m so very proud to be part of another landmark BTCC moment, it is one I certainly won’t forget. 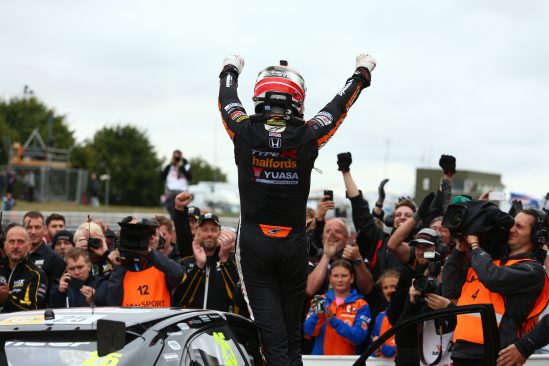 “It has been a positive weekend overall and I am especially happy to be back on the BTCC podium. They were very difficult wet conditions in race one but the Civic Type R felt composed throughout and just served to make the end third place result more satisfying. In race two I couldn’t quite hold off Tom (Ingram) in his much lighter car on the run to the line but fourth place is still a very valuable points haul. We had a very fast car in race three, but I was caught up in the tight pack and then made a mistake on a greasy track which dropped me back. Nevertheless, the pace has been strong this weekend as a whole, which gives me confidence for the upcoming rounds where I will be going all out for victory. Finally, huge congratulations to Matt Neal and the whole team for a brilliant victory in the ‘Diamond Double’ final race!” 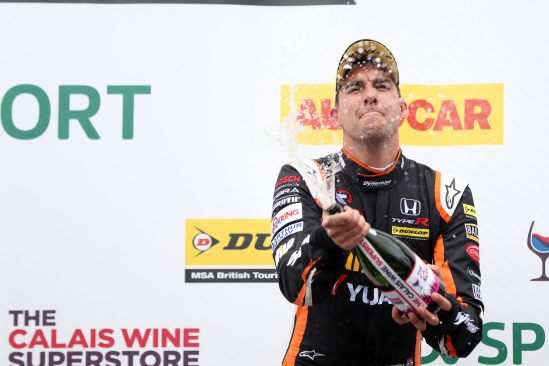 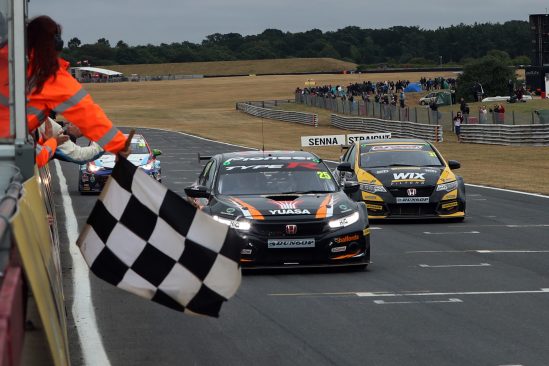