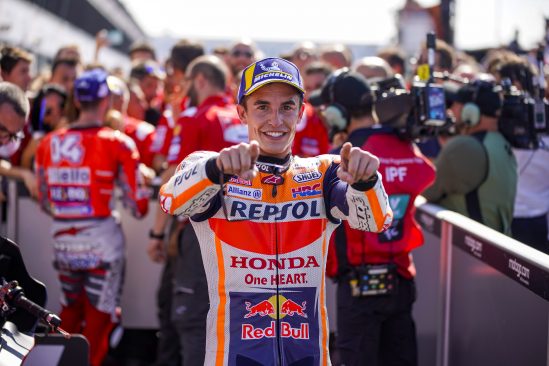 Yuasa, a co-sponsor of Repsol Honda, are celebrating with Marc Marquez and the team after the sensational Spaniard equaled Mike Hailwood with the 7th most podiums across all classes. 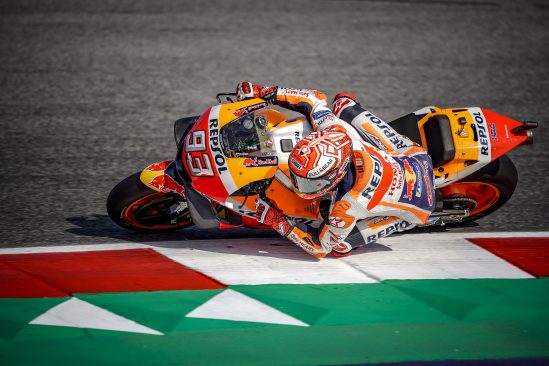 Speaking after the race Marquez said, ““We’re very happy with this podium because we knew that at this track Ducati would be very fast and actually they were! They’d tested here and we hadn’t, but we fought hard and we got very close. I had a good start and then it took some time to bring the tyres up to temperature. I closed the little gap to the front but then I saw that Dovi was so strong today, so I set second place as the target. I was behind Jorge but he was faster than me. I kept pushing and pushing to see if I was able to make a move in the last lap and then he crashed. We took second meaning that we leave here with a 67-point advantage in the Championship which is very important. I’m happy, I feel comfortable on the bike, and I’m ready to prepare for Aragon, which is a track that I like very much.” 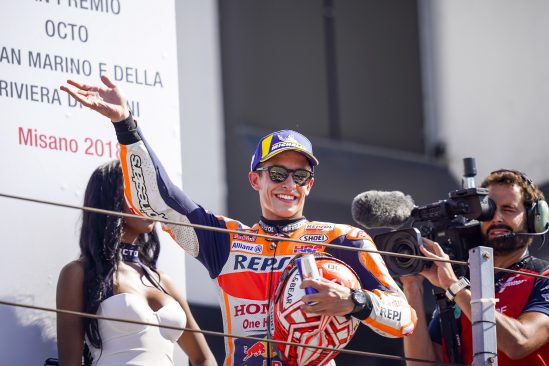 Yuasa are Original Equipment Manufacturer (OEM) motorcycle battery supplier to all the world’s top bike brands and the number one choice for quality, reliability and performance. The battery manufacturer has backed the HRC Repsol Honda MotoGP team and their riders Marc Marquez and Dani Pedrosa since 2013. During this time Marquez has won a staggering 40 GPs and scored 73 podium finishes en route to his record-breaking four MotoGP world championships.

The MotoGP recommences with the next round at Aragon on 23 September which has seen great success for Marquez in previous years. With a 67 point lead advantage and only 6 rounds left of the 2018 season, Marc is in a fantastic position to claim his fifth MotoGP World Championship and to go joint third in the all time list of premier championships. 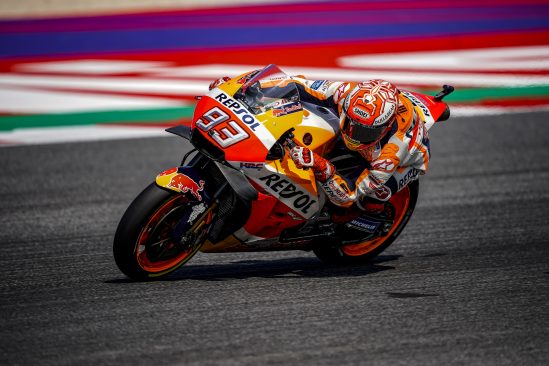