Yuasa are proud to continue their successful partnership with HRC Repsol Honda Team and five-time MotoGP champion Marc Marquez for the 2019 season. The world’s leading battery manufacturer also looks forward to powering rider Jorge Lorenzo, himself a three times champion, as he joins the team.

Since becoming a major sponsor of HRC Repsol Honda for the 2013 MotoGP season, Yuasa have enjoyed unprecedented success. Last year Marquez and the team completed the triple crown by winning the driver’s, team’s and manufacturer’s world championships. 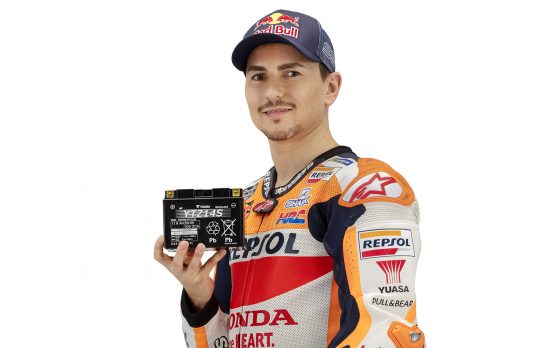 With Yuasa’s backing, Marquez has won MotoGP titles riding for Repsol Honda since his debut in the sport, braking a mountain of records along the way. This year will see the Spaniard defend his crown and attempt to win his sixth MotoGP world championship, a feat that has only ever been achieved by two riders in the history of the sport.

Lining up alongside Marc is new team mate Jorge Lorenzo who joins HRC Repsol Honda from Ducati. With 11 years in MotoGP™ under his belt, 31-year-old Jorge, who is also from Spain, has won three MotoGP world championships and 47 races in the class. The ‘two great champions with great talent and high hopes will make a stronger team and contribute to the development of HRC’.

Yuasa has a long and successful partnership with Honda and is a major original equipment (OE) supplier to the manufacturer, along with most other major bike brands. Over 90% of bike manufacturers fit a Yuasa battery at the point of manufacture due to the high quality, reliability and performance offered by the units.

Yuasa’s sponsorship of Repsol Honda is part of the company’s successful motorsport sponsorship programme. James Hylton, Managing Director of GS Yuasa Battery Sales UK Ltd commented: “We are excited to see what HRC Repsol Honda can achieve in 2019. Our ongoing sponsorship of the team is a real success story, and a partnership that we are very proud of.

“Our close association with Honda and their MotoGP team has helped us to maintain and raise the Yuasa brand and build on our status as the world leaders in motorcycle battery design and manufacture. We deliver products that provide quality, reliability and performance, and the team’s approach and success helps us to reinforce this.

“Marc’s, and the team’s phenomenal success has far exceeded our expectations, and we are delighted that he will be joined by team mate Jorge Lorenzo who is a three times MotoGP champion himself. We can’t wait to see what the pair, and Repsol Honda will achieve.” 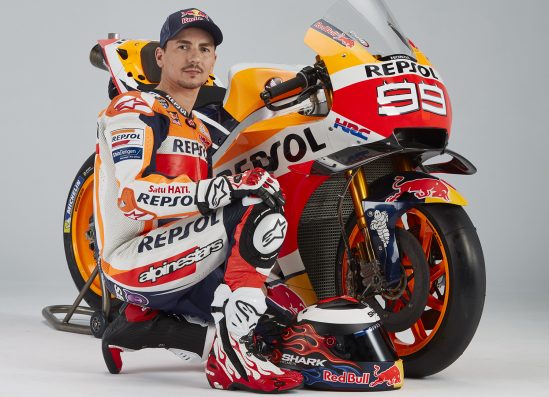 The action kicks off on in Qatar this weekend (10 March). With every other rider on the grid determined to beat the Repsol Honda Riders, 2019 is sure to be another action-packed, adrenaline fuelled season. Follow us on Twitter or like us on Facebook to follow all of the action.