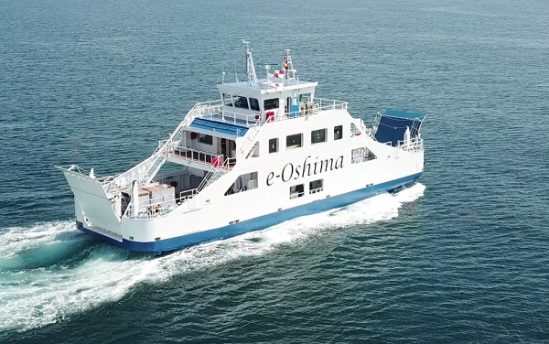 GS Yuasa, the world’s leading battery manufacturer, has announced that its industrial lithium-ion batteries have been installed as the only power source in Japan’s first fully battery-powered, zero-emission passenger ship.

Built by Oshima Shipbuilding Co. Ltd, the state-of-the-art 340 tonne vessel, known as “e-Oshima”, uses GS Yuasa lithium-ion storage batteries as its only propelling power source, as well as for all additional power required during operations.

The ocean-going passenger ferry, which had its naming ceremony on 12 June, is the first of its kind in Japan and has an impressive capacity of 50 people, one large bus and four cars. Being battery-powered means the zero-emission vessel emits no CO2 – either while in motion or at anchor. It also helps reduce noise and vibration.

At 35 metres long, e-Oshima is equipped with an automatic ship handling system and aims to establish functions such as channel maintenance and collision prevention, while being utilised as a company’s customer pick-up ship.

The vessel can be charged in around two and a half hours and the battery system includes management equipment that provides multiple layers of redundant protection for the batteries.

GS Yuasa lithium-ion cells have optimal design for marine operations, which require highly efficient charging and discharging. They have high energy density and long life plus boast a track record of being installed in numerous high-profile, special applications, including deep sea submarines, the International Space Station and the state-of-the-art Boeing 787 Dreamliner. 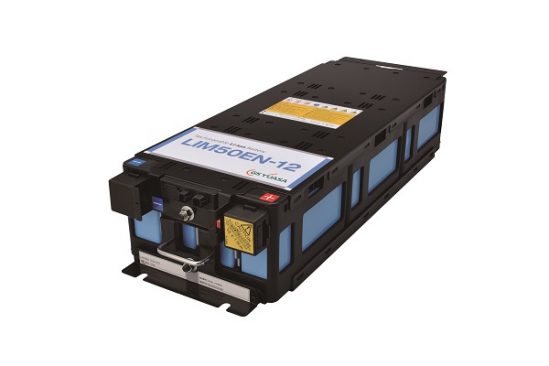 GS Yuasa will continue to develop new applications for industrial-use lithium-ion batteries, contributing to preservation of the global environment with clean energy.