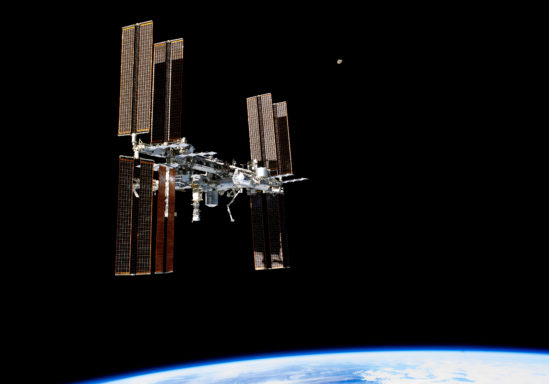 GS Yuasa Lithium-ion cells have been delivered to the International Space Station (ISS) for the fourth time. The transfer marks the successful completion of battery deliveries to support a project to upgrade the craft’s battery system.

Since the initial delivery in December 2016, GS Yuasa have supplied 24 of their state-of-the-art Li-ion cells to the spacecraft, replacing the older nickel-metal hydride (NiMH) cells previously used.

Due to the high energy density for their mass, just 24 of GS Yuasa’s Li-ion cells are needed to replace 48 of the NiMH batteries previously used. The new batteries will be replaced by astronauts during space walks outside the space station over the coming months.

The Li-ion cells were transported on board a H-II Transfer Vehicle (HTV) which basted off from Tanegashima Space Center on 20 May 2020. The rocket and craft are specifically designed and operated by the Japanese Aerospace Exploration Agency to resupply the International Space Station. GS Yuasa batteries are also used in this HTV.

The battery manufacturer was chosen to supply the ISS which is the largest artificial object in space, in 2012. GS Yuasa also supply a range of other satellites with cells  and recently became the first manufacturer to exceed four million Watt-hours of energy storage in orbit.

All energy on board the ISS is produced by solar panels and stored in the space craft’s batteries. This stored energy is then used to power onboard systems during nocturnal periods – of which there are 16 every 24 hours due to the ISS’s orbit around the earth.

James Hylton, Managing Director of GS Yuasa Battery Sales UK Ltd said: “As battery technology has developed, we’re proud to have remained at the very forefront of the industry, something that is reinforced in the applications in which GS Yuasa batteries are used, including the ISS.

“GS Yuasa’s Lithium-ion batteries are found in some of the most demanding applications around the world, including the Shinkai deep sea submarine and Boeing 787 Dreamliner. They’re also found alongside our industry-leading lead acid batteries in our containerised dual-chemical energy storage solution, enabling the control and release of locally generated renewable energy back into the grid.”

To find out more about GS Yuasa’s range of Lithium-ion batteries for industrial applications, visit https://www.yuasa.co.uk/batteries/industrial/lim-li-ion.html 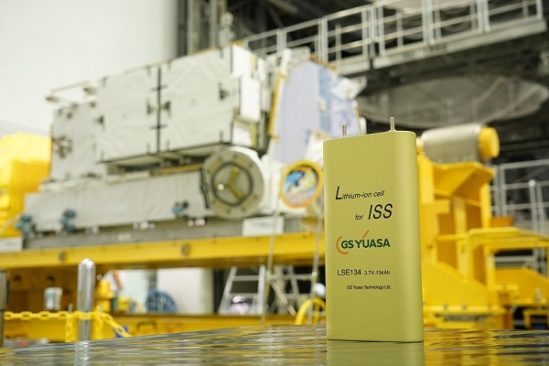 For details of ISS’ adoption of GS Yuasa Technology’s Lithium-ion space cells in 2016, see the press release below:

Specifications of the Lithium-ion cells for ISS:

*2 H does not include stud bolt parts.