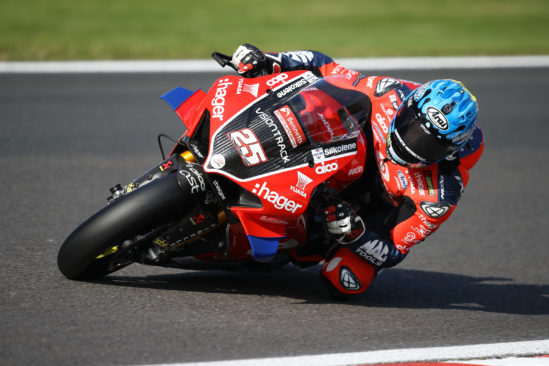 Yuasa are celebrating with Josh Brookes and the VisionTrack Ducati team after the Australian won the British Superbike Championship for the second time in his career. Two brilliant victories at Brands Hatch last weekend was enough to secure the title and give Yuasa their first as a BSB sponsor.

This was the first year GS Yuasa, manufacturer of Yuasa batteries, have sponsored the factory-supported Ducati Panigale V4 R in the BSB. The bikes’ striking red, white and blue livery featured the Yuasa logo on the belly pan and fairing, and also on the rider’s leathers throughout the very successful 2020 championship.

As well as Brookes’ title win, there was further celebration for the Cumbrian team with Christian Iddon taking third and fourth on the day. In the end, Brookes completed the season with five wins from 18 races, more than anyone else this year.

Like most events around the country, the 2020 BSB championship had a delayed start due to the Covid-19 situation and the organisers were forced to run the entire season behind closed doors. Nevertheless, millions of fans still got to enjoy the excitement of British Superbike racing and watch Brookes claim his fantastic second championship from the comfort of their television screens. 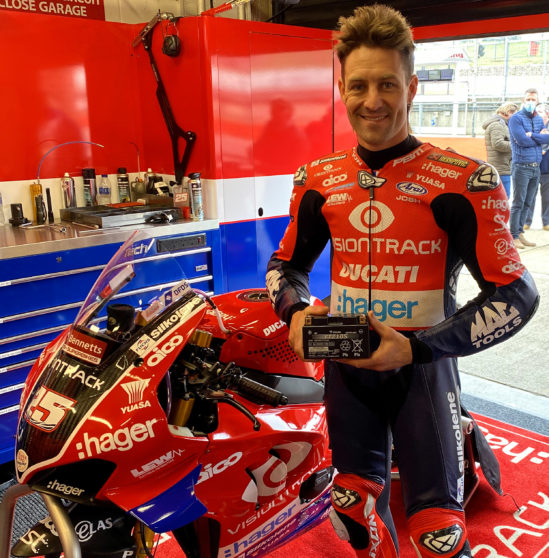 Jon Pritchard, General Manager – Sales and Marketing for GS Yuasa Battery Sales UK Ltd said: “We’re absolutely delighted that Josh has claimed his second British Superbike Championship title and the very first with Yuasa’s backing. After a successful 2019 season we knew our exciting new partnership with Paul Bird Motorsport and the VisionTrack Ducati team would be a force to be reckoned with in 2020, so it’s great to have been part of it this year.

“Yuasa’s core values are reliability, quality and performance and our partnership with VisionTrack Ducati strongly mirrors this. We also believe that success is achieved through teamwork and this is continuously demonstrated by their strong team ethics.

“We are delighted to be able to share the success of Josh Brookes and the team and we are celebrating this monumental success with them. We can’t wait to see what more they can go on to achieve in the future.”

GS Yuasa are the worldwide market leader for motorcycle batteries and fitted as original equipment by over 90% of bike marques. The battery manufacturer’s Yuasa brand is the UK’s number one choice for vehicle and industrial batteries, offering some of the most well recognised, trusted and high-quality battery products for use in a diverse range of automotive, motorcycle, industrial and standby power applications.

Yuasa has an impressive portfolio and history of success in motorsport, including being a team sponsor of HRC Repsol Honda in MotoGP where Marc Marquez claimed a sixth MotoGP title last year. Yuasa has also had a lengthy involvement as a title sponsor of Halfords Yuasa Racing in the British Touring Car Championship, celebrating no less than four driver’s and constructors title wins. 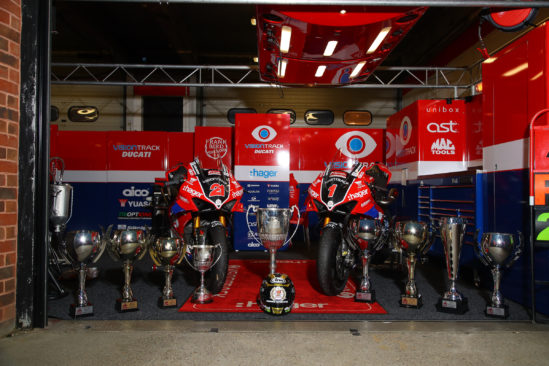