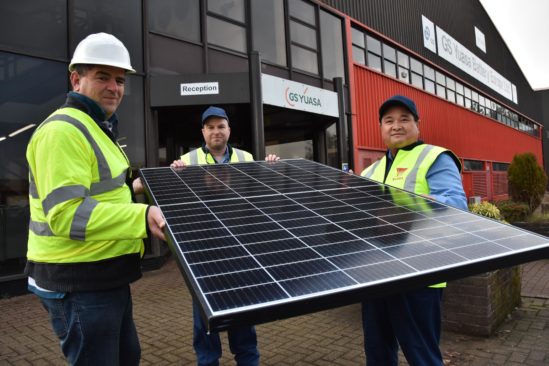 The installation is part of project to bring greener energy to South Wales and is a collaboration between Infinite Renewables Group and GS Yuasa. The project is partially funded by the European Regional Development Fund, through the Welsh Government with additional capital provided by Community Power LP, a fund managed by Albion Capital.

The energy generated from the solar panels will be used in the production and charging of batteries produced at the site – reducing the reliance on traditional forms of energy.

Representatives from both GS Yuasa and Infinite Renewables witnessed the very first panels being installed earlier this month. The near 3,000 panels, which cover a surface area of over 5,000 square metres, will generate nearly 868,000 kWh per year, roughly 5% of the factory’s annual energy consumption. 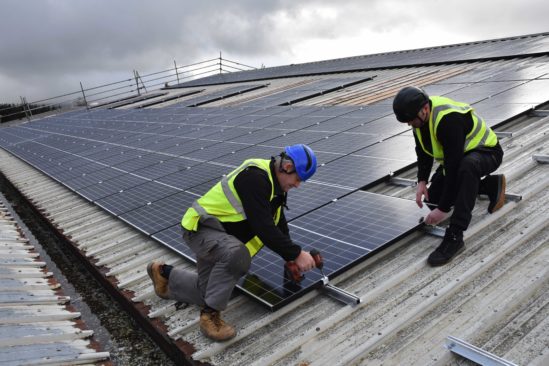 Opened in 1981, GS Yuasa’s South Wales production facility produces over 850,000 batteries a year. A wide range of UK market leading Yuasa brand industrial batteries are manufactured at the site which employs over 300 people, including the popular NPL, EN and SWL battery types.

Mike Taylor, Product Manager at GS Yuasa Battery Manufacturing UK said: “Renewable energy is playing an increasingly important role in the move towards reducing reliance on traditional forms of energy. It’s fantastic to witness this investment not only in our South Wales factory, but also in green technology.”

Iestyn Morgan, Director of Infinite Renewables Group Ltd added: “We are very excited to be developing the first of our Energy Centres at GS Yuasa’s Ebbw Vale factory. This will be the first of many Energy Centres across West Wales and the Valleys, supported by Welsh Government via European Structural Funds, that will deliver low carbon energy to Welsh businesses. I would like to take this opportunity to commend our partners GS Yuasa for their ongoing support and commitment with this project.”

A further six schemes are planned, with further details expected to be announced in the near future. 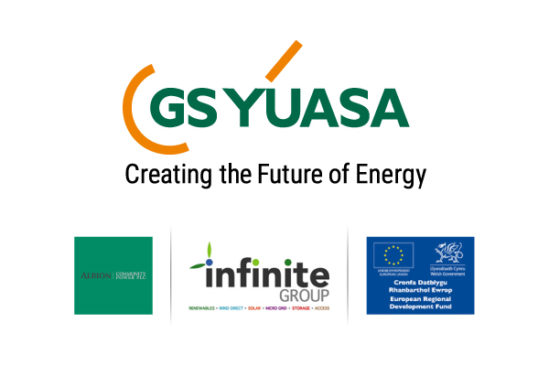