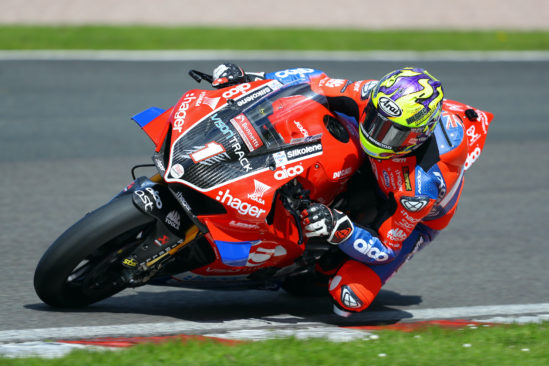 After winning the crown for a seventh time in 2019 with Scott Redding, Bedfordshire-based Aussie Josh Brookes added an eighth success last year for the Lake District squad meaning he will carry the number one plate this season aboard the factory-supported VisionTrack Ducati Panigale V4 R.

Brookes added the 2020 crown to his 2015 BSB success and remains with the team for a third successive season where he’ll once again be joined by Christian Iddon. Iddon, originally from Stockport but now living on Tyneside finished third in last year’s 18-race title chase and in his debut season with the PBM team scored his first win at Snetterton.

Both riders have undertaken an extensive pre-season testing schedule in the run up to the opening round of the season and are confident they can get off to a good start. At Oulton Park last year, Brookes won a race and Iddon followed him home, as well as bagging a pair of other second places around the Cheshire venue.

This season comprises a total of 33 races over the 11 rounds between next weekend and mid-October meaning a very busy schedule for teams and riders with every round being a triple-header. Both Brookes and Iddon know the importance of making a good start to help boost their title aspirations.

Sadly, for the opening round, because of the delay in easing of government restrictions, only 4,000 fans will be allowed to attend each day but those missing out on attending can rely on live television and radio coverage until hopefully fans will be allowed back into circuits from round three at Brands Hatch in late July. 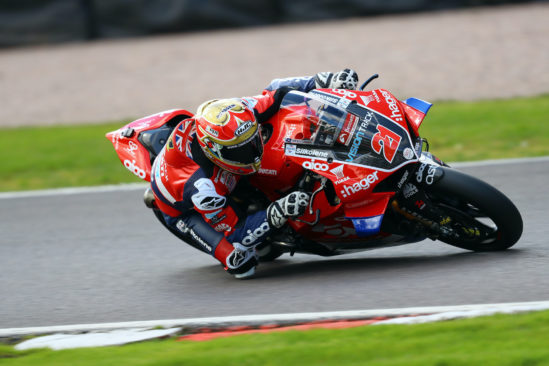 Josh Brookes: “Oulton Park is going to be interesting and I’m excited to start the season there. It’s a unique track and I have some good form there and a history of good results over the years which is a positive for us. We tried a lot of things in testing but as we know, the bike is a proven winner, so it’s been difficult to make massive improvements to it. But we never stop working and there is always something to try and refine. As for me, I’m more of a race guy than a tester and it’s all about getting results from the races so hopefully we can make a good start to the season.”

Christian Iddon: “I’m really excited to get racing again although it’s very disappointing we won’t have a full contingent of spectators for this round, especially with it traditionally being my local track. But I’ll be doing my best to put on a good show for those at Oulton Park as well as those watching on television and listening on BSB Radio. I feel much more relaxed on the bike than I did last year so hopefully we can make that count and kick the season off well. A good haul of points is important at round one to give us a stable platform for the season ahead.”

John Mowatt, Team Co-Ordinator: “As a team we are really looking forward to getting the season underway as it seems such a long time since we last rode competitively. Testing has gone well, and the idea was to try as many things as possible, so we know what works and what doesn’t so we achieved what we set out to do. We are now looking to get our season off to the strongest possible start at what is our local circuit and for the first time since 2019, in front of some spectators.”

Jon Pritchard, General Sales & Marketing Manager for GS Yuasa Battery Sales UK Ltd, added: “Although the 2020 season was shorter than we’d hoped – we were hugely impressed with the team’s success and look forward to seeing more of the same this year.”

Yuasa are the industry leader for motorcycle batteries and as such are the OE supplier to all major motorcycle marques. The battery manufacturer’s broad range of bike batteries, including the YTZ, YTX and GYZ ranges, are precision engineered from premium materials to deliver maximum starting power, superior performance and longer life.

To stay up-to-date with the team’s progress throughout the season, visit www.pbmuk.net. For details of television broadcast times and channels, please visit www.britishsuperbike.com. BSB Radio will also be broadcasting live via a link on the official website or via live timing at www.tsl-timing.com.