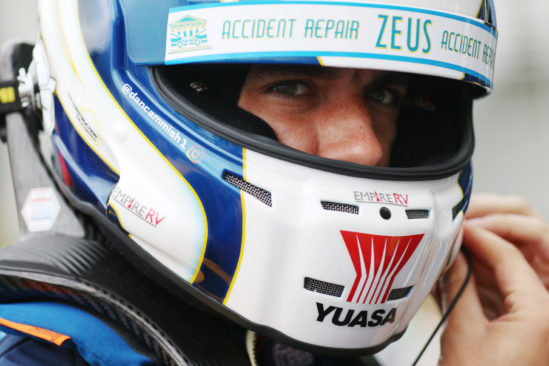 Porsche Carrera Cup GB frontrunner and Yuasa driver Dan Cammish is set to return to action as the series travels to Knockhill in Scotland this weekend (August 14/15) for rounds seven and eight of the 2021 campaign.

After claiming a podium finish out at Oulton Park just over a week ago, the Yuasa-backed driver is tied for second place in the championship standings, just one point behind the current leader.

Knockhill has been a happy hunting ground for Dan in the past as he has taken five Carrera Cup wins from six races at the venue, as well as four podiums during his time in the British Touring Car Championship.

Dan said: “I am really looking forward to racing at Knockhill. It is one of my favourite circuits and one I enjoy as its quite a challenging track despite being a relatively short lap. I’ve always gone well there, and we’ve had some good results in the past in both the Porsche Carrera Cup GB and BTCC.

“I think if we can again put in a strong qualifying then we’ll be in a good place, as it is very much like Oulton Park in that it’s difficult to overtake around there. We are one point off the lead in the championship so there’s everything to play for and every point will count, including pole position and fastest laps.”

The 32 year old will be further buoyed by the news that the Scottish government has confirmed the country is moving to Level 0 of its Covid-related restrictions, which will allow a full-capacity crowd to the circuit. This follows on from Oulton Park, where English fans were able to return in full for the first time since 2019.

He and his Redline Racing team will travel to the circuit on Wednesday, August 11, for a test, before undertaking two unofficial practice periods on Friday. The all-important qualifying session is scheduled for 15:30 on Saturday, August 14, with two 32-lap races on Sunday, at 10:50 and 15:55, the latter of which will be broadcast live on ITV4.