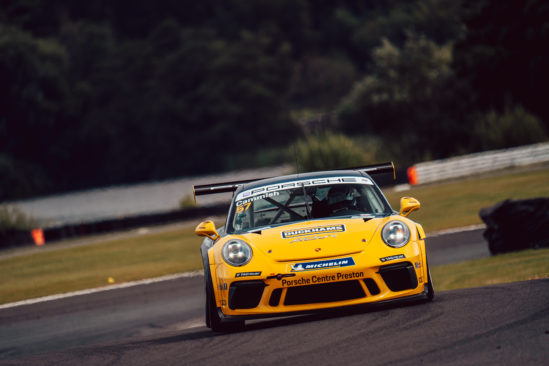 Yuasa-backed Dan Cammish emerged from a tricky Porsche Carrera Cup GB weekend at Oulton Park in Cheshire still in the mix for what would be his third championship title, after claiming his fourth podium of the season.

The Yuasa driver finished just 0.3s off the win in race one held on Saturday, July 31st, but for the partially reversed grid for race two, found himself in the midst of a five-car battle, where small margins made a big difference.

It was a frustrating start to the weekend for the Redline Racing ace who missed out on pole position by 0.027s, which also would have meant an extra two championship points.

In race one he had strong pace and remained right on the rear of Lorcan Hanafin but just couldn’t quite find a safe move to get past the leader, despite his best efforts, but then had to contest a time penalty he had been handed for starting out of position. However, once the team showed the judges his onboard footage which showed the start line marshal had given him the thumbs up for his positioning, the penalty was rescinded. 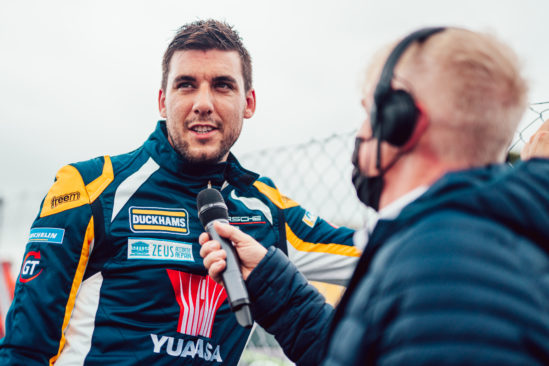 Dan said: “I do think about the championship but only from the point that no one is getting anywhere. We all leave and maybe gain or lose a point but nothing much is happening. No one is having a clean day. I was docked four points before we even started, which was a shame, I missed pole by two hundredths which costs you a couple of points, and I got fastest lap but lost a place, so it’s something of nothing. On another day I could come away with seven more points but no one else is dominating this championship. Someone could be taking control, but no one is, so we’re still in the hunt.

“It was great to have fans back and I have missed them. There are so many happy people glad to be here and people do come to find me after touring cars so that’s great.”

For race two, held on Sunday, Dan managed to hold onto fourth place before the Safety Car was called when Hanafin went off and collected Will Bratt in the process. When the racing resumed, with the margins so fine and five cars battling for the race lead, he challenged Will Martin for third but was then hung out on the wrong side of the track, which cost him a position to Harry King.

Despite the disappointment, the Yorkshireman is tied for second in the championship standings and just one point behind the lead with ten races still to run. He is next in action in the Porsche Carrera Cup GB in two weeks’ time at Knockhill in Scotland, over the weekend of August 14/15.