Cammish back on top in Carrera Cup after win at Croft 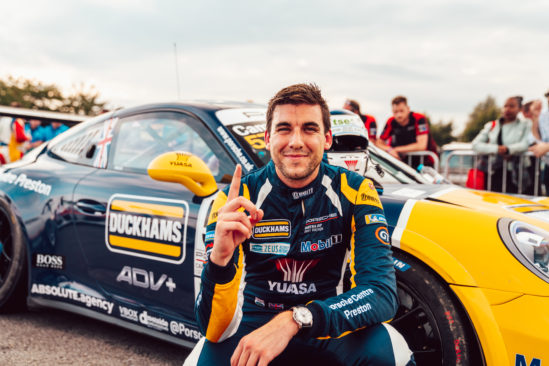 Yuasa-sponsored driver Dan Cammish emerged from a home visit to Yorkshire in the Porsche Carrera Cup GB with the lead in the championship standings after claiming pole position, fastest lap, a win, and a second place.

With the busy second half of the season kicking off at Croft over the weekend (September 18/19), Dan was aiming to finish the year strong, and did just that in qualifying, setting a time 0.4s faster than anyone else to secure his first pole position of the season.

Starting ahead of then championship leader Lorcan Hanafin, the Redline Racing driver, backed by the worlds leading battery manufacturer got off the line well and maintained his lead through the opening stages of the race. The Safety Car briefly bunched up the field, but despite Hanafin’s best intentions, Dan was comfortable out front as he took his second win of the season.

For the second contest he lined up fourth on the partially reversed grid and quickly got past Lewis Plato for third on the opening lap. However, on lap four Hanafin, who was leading the race, clipped the temporary tyre stacks at the chicane causing his immediate retirement, which promoted Dan to second, where he was right on the tail of Kiern Jewiss.

Despite his best efforts, he just could not find a way past the leader and, with Jewiss holding the pair of them up, Plato and Will Martin closed in, meaning Dan had to be careful as any mistimed attempts at gaining the lead would leave him vulnerable to attack from behind. With the championship in mind, he held position and took second place, leaving Croft with 23 points and an eight-point advantage on top of the standings. 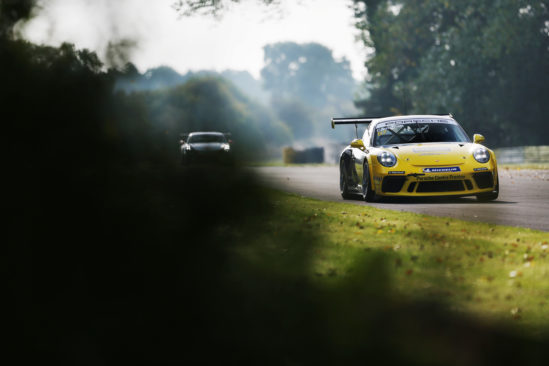 “We were really fast on Friday and then on Saturday it was really nice to have that kind of gap to second. We’ve shown the performance we have, and it was great to be back at the front. It felt great to have my second pole as it’s been a little while since we’ve been on top, and especially after Knockhill which was so tough for us.

“I converted the opening race which I wanted to do. I had it under control throughout – Hanafin got close, but it was only really as close I wanted to let him get and I felt we always had a little bit more if we needed it. Redline have been great; they’ve really, really worked hard to make sure the car is the best it can be, and I feel good.

“Overall, it was a mega weekend getting a first and a second and, our championship rivals, at least a few of them, had really bad days. Winning race one was fantastic, and we controlled it, but race two, I thought we had the speed to win, and I pushed him around for 16 laps.

“But, unfortunately, there’s just no way through. We’ve got a bit of a homework to do on why we are clearly so slow in a straight line, but we’re going to knuckle down and going to figure it out, because I think if we can suss that bit, we’ve got time in hand and it’s not even the hard bit to find. I’m happy and looking forward to Silverstone and doing it again.”

Dan will be back out on track in a couple of days’ time for an official Porsche test at Silverstone, before practice on Friday and the next two races of the season over the weekend of September 25/26. 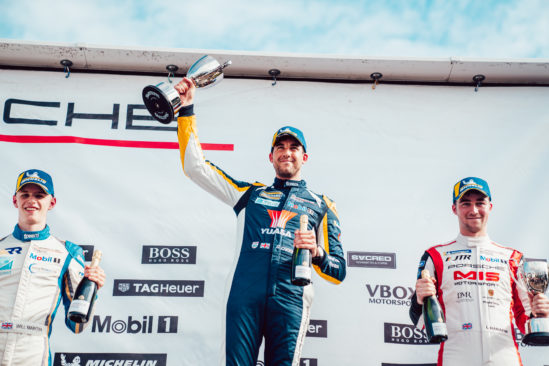