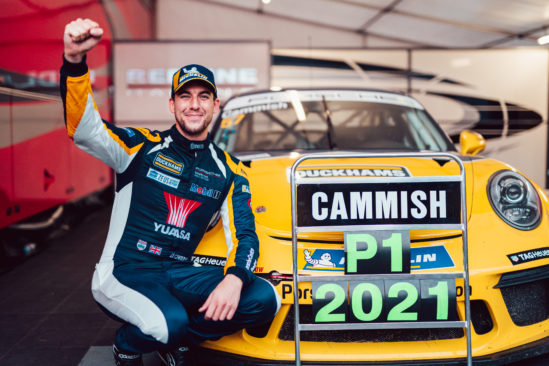 Yuasa racing driver, Dan Cammish made history at the weekend (October 23/24) as he became the first-ever three-time champion in the Porsche Carrera Cup GB, securing his 11th and 12th podiums of the season in the process.

Coming into the final rounds of the season, held on the Brands Hatch Grand Prix circuit, the Yuasa-backed racer had a seven-point advantage over Lorcan Hanafin, so knew he could follow his rival home to guarantee the title.

After qualifying fourth for the opening race, Dan did exactly that in the opening laps, before making a bold and brave pass around the outside of Druids to take third and then moving into second when Harry King ran wide.

Things changed again however, as a recovering King got alongside Dan and was followed through by Hanafin, who then moved into the lead when King and team-mate Kiern Jewiss came together, which helped Will Martin also get past and left the Redline Racing driver in fourth. 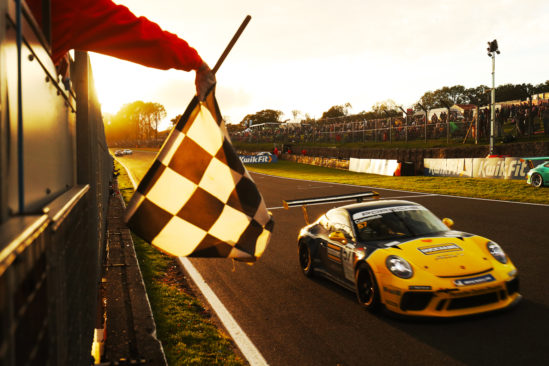 Dan quickly regained third position, but the race was then red flagged when a car went off at Paddock Hill Bend, with race positions rolling back a lap, leaving him in fourth with his rival taking the win. That swung yet again after the race, when King was penalised, moving Dan up to third, meaning he had a three-point lead heading into the final contest of the year.

With the partially reversed grid draw putting the Yorkshireman second on the grid and Hanafin fourth, Dan was in prime position, especially when his rival slipped back to sixth in the opening stages. In a cagey contest, Hanafin had it all to do and when he spun trying to gain fifth, Dan could relax and hold third position, which was enough to secure his record-breaking championship title.

It was a big risk for Dan to return to the series and put his legacy in the Porsche Carrera Cup GB on the line and by securing his third championship title it means he surpasses legendary series drivers such as Tim Harvey and Richard Westbrook in the record books, while his experience and knowledge paid off against some very quick drivers who will make their own mark on the championship in years to come. 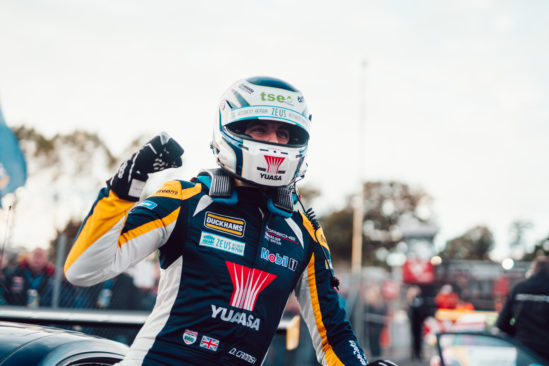 “The first race was a lottery. Everyone was really driving to the limit and beyond at times and one minute I was looking good, next minute I was in the wrong place at the wrong time, and [Lorcan] Hanafin came through to win which was obviously my worst nightmare. At one point he was fourth, and a distant fourth, and then next minute he was leading, so it was a really topsy turvy race.

“Race two I thought could have been a war. I thought it would have been a Touring Car-esque kind of race, I really did. I was extra tight on the belts, and I thought ‘this is going to be fun’ and you know what, it turned out to be the easiest race of the season. I was never going to threaten Jamie [Orton], I was quite happy to let him do his own thing, Will [Martin] the same, and once [Kiern] Jewiss started to defend, I just sat in the middle and I was happy to see the flag. No need to do anything other than roll off the laps.

“I’m super happy to get the championship. It’s been a long season: it feels like it’s been forever since Snetterton, like a lifetime ago. It’s been up and down, we’ve had good moments, we’ve had some tough ones, but what we have done is consistently scored good points. That was my 12th podium, points make prizes, and that’s what we’ve done.

“I’m really pleased that we’ve done it as a team. I’m proud of how much effort Redline Racing put in. For me to come back after three years away, to race a rear wheel drive again, in a Porsche that’s inherently difficult to drive and still be fast and win this championship, it means a lot. It’s been a mega year and though I didn’t quite get the win total that I would have loved, truth be told, I’m just happy that I got a championship in the end. I can look to the future from here and I’ve made history. It means a lot to me.”