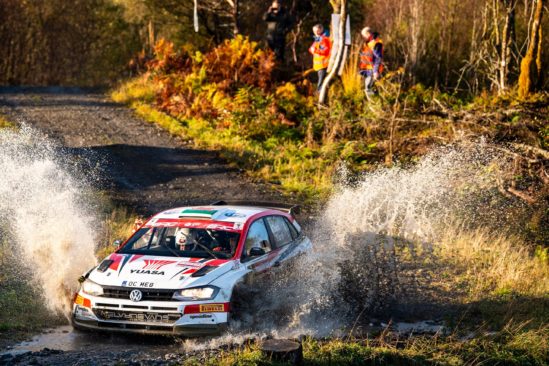 It’s the most straightforward final round scenario that Matt Edwards has ever faced as he aims for nothing less than maximum British Rally Championship points on the upcoming Modern Tyres Ulster Rally (Saturday 20 November) to secure a record-breaking third straight drivers’ title.

The Yuasa Rally Team Volkswagen Polo GTI R5 pilot has already won two rounds this year, the Nicky Grist Stages and Trackrod Rally Yorkshire, but with two scores from seven rounds to drop, only another maximum points haul will add another BRC drivers’ title to the ones he won in 2018 and 2019.

And if he achieved it, the result would give Darren Garrod the co-drivers’ title for a second time, after he won the trophy navigating for Matt in 2018.

In addition to Matt’s two victories this year, equally impressive has been his incredible emergency repair efforts which saw him fight back from last to second on the Mull Rally and then score vital points last time out on the Visit Conwy Cambrian Rally – both of which have kept his title hopes alive.

Whilst Matt’s two BRC victories have come on gravel this year he was the fastest driver on Mull, breaking four stage records on his first start there in his Yuasa Battery, TPS and Swift Group-backed Polo R5.

Matt also has a very good record on the Ulster Rally – winning the BRC section and finishing second overall (to Craig Breen) on his last appearance in 2019 and winning the event overall in 2018, both times driving a Ford Fiesta R5. 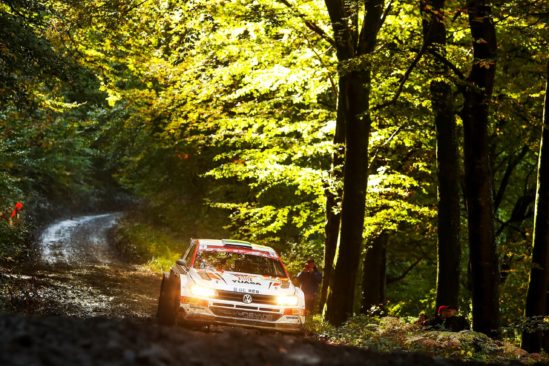 Another fast and hopefully trouble-free run this time in his Pirelli-shod Melvyn Evans Motorsport-run Polo GTI R5 would put Matt into the BRC history books as the only driver to win the series three times in a row and overtake two time title winners like Colin McRae, Ari Vatanen, David Llewellin and Russell Brookes and join Mark Higgins as a three time winner of the series.

“It’s the most straightforward final round of the British Rally Championship that I’ve ever had, as I’ve got to go and win it,” says Matt.

“There are no variables, no ifs and buts – it’s a case of maximum points or nothing.

“And I feel good about it too, because I go to the final round with a lot of confidence in the Polo. We proved in Mull that we have the speed and we know that we have the pace on asphalt to get the job done.

“I’ve also gone well in recent years in Ulster. There is a good mix of fast and technical stages and when we were there last time in 2019 we had a few stage wins against Craig Breen and finished second overall.

“There is nothing going against me at the moment. Everything feels aligned and I see no reason why we won’t be able to score maximum BRC points in Ulster and come home with the title.”

Organised by the Northern Ireland Motor Club, this year’s Modern Tyres Ulster Rally (Saturday 20 November) is based in Newry and contains nine closed road asphalt stages (three stages ran three times) totalling 94 stage miles to the north of the town in County Down. The event starts at 08:15am with the finish ceremony taking place at 5:30pm.