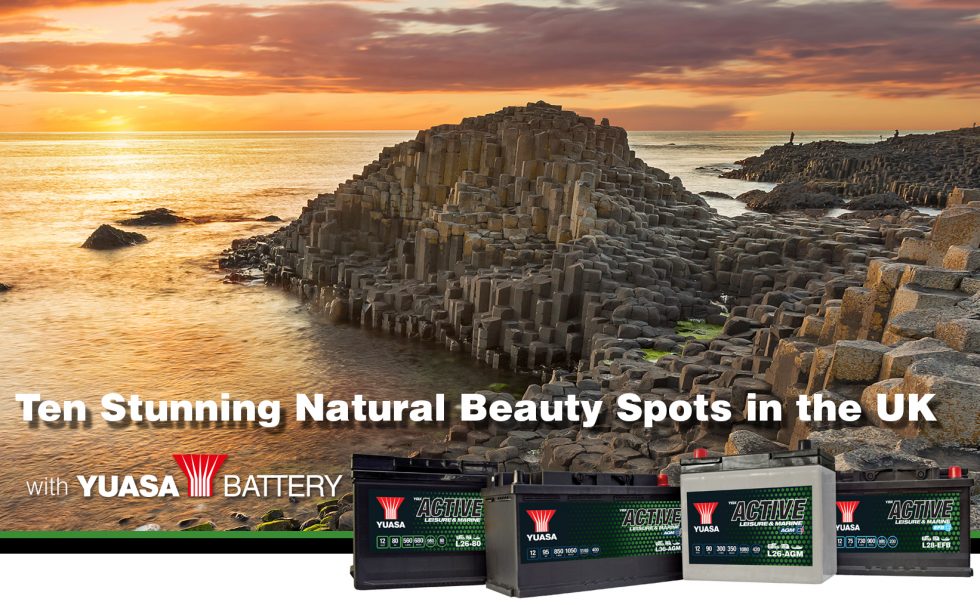 Who says you need to go abroad to see some spectacular sites? There are many right here in the UK, so we have condensed a list to some of the most beautiful natural beauty spots in the UK. 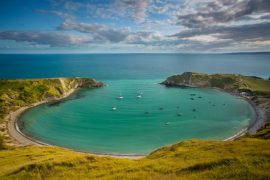 Located on Dorset’s Jurassic Coast, this World Heritage Site offers breathtaking views of the surrounding area and crystal-clear waters. Although stunning to look at, this idyllic destination also offers a range of activities such as rock-pooling, watersports and even coasteering for those adrenaline junkies out there. Or, maybe just a peaceful walk with an ice cream. If you are into geology, then the Lulworth area is considered one of the best places in the world to study with its amazing landforms and five different rock types. 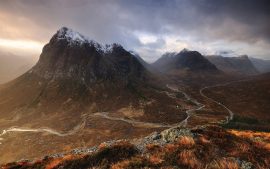 Situated in the Highlands of Scotland, this striking location is the backdrop for the award-winning James Bond film, Skyfall. Visitors can come to the area to seek out the famous Skyfall house and follow the driving route along the River Etive. There are many walking paths leading off the river and as you walk down into the valley you will be gifted with some of the most magnificent mountain scenery you will ever see. Glen Etive Mor is definitely one to put on the bucket list. 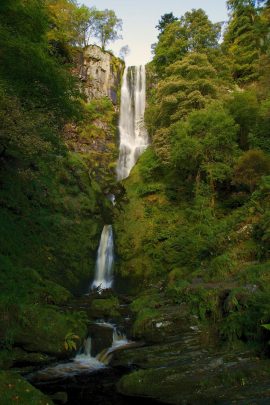 Set in the Berwyn Mountains of North Wales, Pistyll Rhaeadr Waterfall offers a very tranquil feel. At 240ft (80m) high, it is Britain’s tallest single-drop waterfall and awe-inspiring to everyone who visits it. The surrounding woodland and mountains make it a great place to explore for all ages. Tan-y-Pistyll (the little house under the waterfall) is a delightful tea room and B&B, offering breathtaking scenery from all angles. If you are feeling adventurous, a short 20 minute walk will get you to the top of the waterfall. However, it can be very tricky in wet conditions so suitable walking boots are advised. 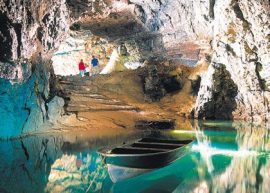 At 400ft deep and 3 miles long, Cheddar Gorge in Somerset is Britain’s largest gorge. Although the gorge itself is extremely spectacular, the Cheddar Caves offer something a little bit different. The cave was home to the ‘Cheddar Man’, Britain’s oldest, complete skeleton, found in 1903, and is also the largest underground river system in Britain. Cheddar Gorge Caves certainly has a lot of milestones, making it a must visit destination. 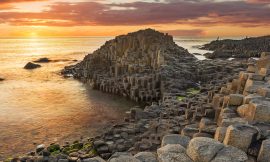 Located on the north coast of Northern Ireland is The Giant’s Causeway. This fascinating rock formation is made up of 40,000 interlocking basalt columns, which are the result of an ancient volcanic eruption. This world heritage site is an amazing piece of natural beauty and one to definitely tick off your list. A 350-year-old rope bridge, suspended 100ft in the air, connects the mainland cliffs to Carrick-a-Rede Island and provides spectacular views of Giant’s Causeway and the Atlantic Coastline. 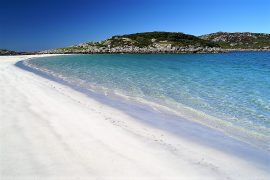 Yes, this is in Scotland! With its white sandy beach and its crystal clear blue water, Knockvologan Beach looks like something straight out of the Mediterranean. Located on the south west coast of the Isle of Mull, this destination is very popular with the locals on a summer’s day and can you blame them? There are many bays in which to sunbathe, with plenty of opportunities to explore the sandbars and small skerries that get cut off by the tide. 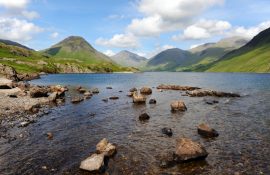 Set in the beautiful Lake District, Wasdale Head was voted Britain’s Favourite View in 2007. Wasdale Head is actually a small hamlet in the Valley of Wasdale and is home to St Olaf’s Church, which has a reputation of being England’s smallest church. The surrounding area offers great walking opportunities along Wast Water and all with the shadow of England’s highest mountain, Scafell Pike, lurking in the background.

Llyn Padarn is not only one of the most spectacular locations in Britain but one of the most breathtaking sites in the entire world. This lake is nestled in the heart of Snowdonia and at the foot of Wales’ highest mountain, Mount Snowdon. If you want to stretch your legs, an 8-kilometre walking route will take you around the whole lake, offering many stunning views and photo opportunities. This magnificent place is one not to be missed. 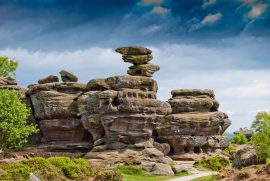 A collection of illogically balanced rocks has left visitors fascinated for centuries. Made up of millstone grit eroding over thousands of years and standing over 30-foot-tall, this rock formation is truly remarkable. The rocks have been given names based on their formation shape, examples being Watchdog, the Turtle, the Sphinx and the Dancing Bear. A National Trust site surrounding the Nidderdale countryside truly provides an outstanding area of natural beauty. 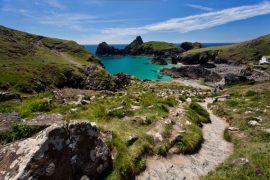 Set on the west side of the Lizard peninsula in Cornwall, Kynance Cove’s turquoise water and pure white sand are a breathtaking sight. Once you have finished admiring the beauty of the cove and the dark red and green serpentine rock that surrounds it, then relax with a traditional Cornish pasty in the eco-friendly café, located just above the beach. At low tide there are sea caves, towering rock stacks and islands to explore. It is the beach’s enchanting setting and wildlife, rather than watersport activities that have made Kynance Cove one of those Cornish beaches that visitors are repeatedly drawn back to. 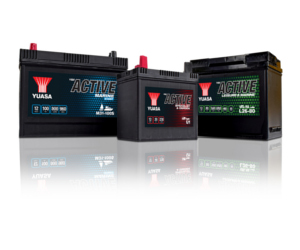 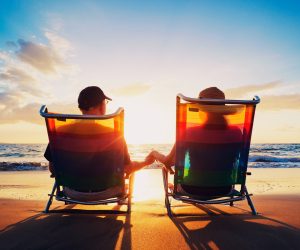 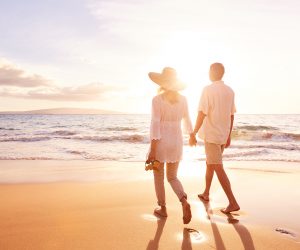 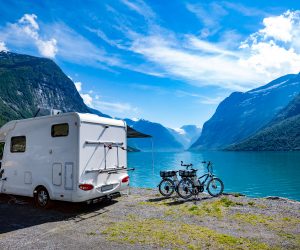 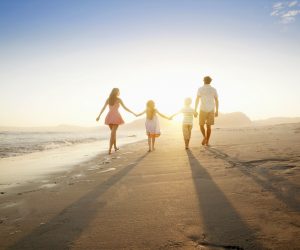 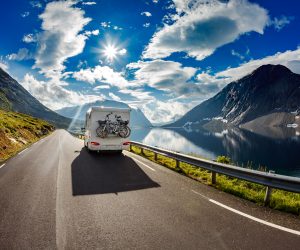 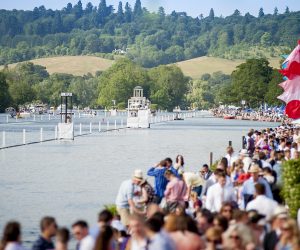 Summer Events This Year That You Can't Miss 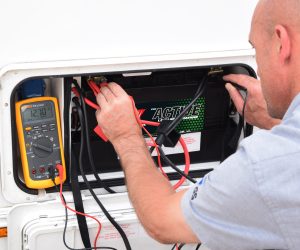 How to extend the service life of your leisure battery