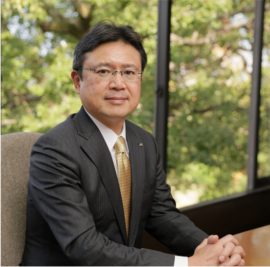 GS Yuasa Corporation was formed from two companies, Japan Storage Battery and Yuasa Storage Battery. Both were responsible for building the foundation of storage battery development and manufacturing in Japan.

It has now been 100 years since the original companies were founded. Their histories are truly marked by a continuous succession of innovations.

In 1920, one of our founders invented a revolutionary method for manufacturing lead powder, which was the most important ingredient for lead storage batteries. That invention resulted in a dramatic improvement in the quality and performance of lead storage batteries. The principle and technology involved in the invention continues to be used today.

In the last half of the twentieth century, mankind expanded the scope of their activities high in the air, deep in the ocean, and even into space. In space, only a thin exterior wall separates the living spaces from the harsh external environment. Consequently, highly reliable batteries and power supply systems that can supply adequate electric power are essential for maintaining an environment that can sustain human life. Therefore, we developed a high-performance lithium-ion battery that is able to satisfy those specialized requirements. Thus, we are playing a role in pioneering the new frontiers of mankind.

Accomplishments such as applying the sophisticated technologies we developed for special-application batteries and successfully mass producing automotive lithium-ion batteries ahead of competitors have contributed to our reputation for innovation. Our technologies are used in many hybrid and electric vehicles, which has promoted their widespread adoption.

Our history of successive innovations is rooted in the corporate DNA we inherited from our predecessors. That DNA has now spread to 38 operating sites in 17 countries throughout the world, where it has been inherited by each of the 15,000 employees working there.

Almost none of the various machinery and equipment operating today, in the 21st century, could move without electricity. That indicates just how far electricity has permeated our lives and become an integral part of public infrastructure. When electricity was first invented, no one could have imagined that electricity would develop into such a large industry. Nevertheless, our ancestors saw potential and used ingenuity to keep solving the next problems. As a result, we have consistently remained persistent in our unrestrained efforts to improve product performance and quality. That consistency has resulted in the trust we receive from others today.

Therefore, we must continue to maintain and further strengthen our trusted brand.

With the reduction of power consumption and the impact on the environment being major issues for society today, batteries now have an unprecedentedly large role in solving those issues. Since we have been actively involved in promoting the progress and development of electricity from its early days, it is our duty to maintain a broad view of energy management in society, identify unnoticed problems, and work to solve those problems as soon as possible. 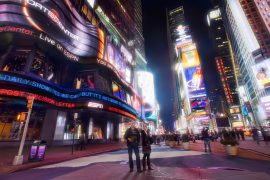 For that reason as well, we intend to invest greater efforts in developing human resources. We will cultivate personnel able to solve society’s problems and continue developing our technical capabilities, products, and services. Furthermore, by allocating human resources optimally throughout our organization and focusing efforts on generating synergies between our group companies and diverse range of partners, we will expand our aspirations throughout the world. I believe that is the model for what our operations should be.

Then by successively handing off the baton we receive to our successors, we will form our history for the next 100 years. There can be no greater joy than contributing to a future 100 years from now that is happier than today.

Toward a brighter future…
GS Yuasa is committed to people, society, and the global environment.

Histories and customer bonds built by two companies, and an infinite driving force toward the future

Japan Storage Battery and Yuasa Corporation, the predecessors of GS Yuasa, can each boast of over 100 years of history. So, cumulatively, GS Yuasa has inherited over 200 years of successes and failures, technologies, and expertise. The logo seeks to express how the merger of the two companies did not merely double our history, but rather squared it, due to synergistic effects.

The zeros linked together like a chain represent the strong chain-like bond between GS Yuasa and our customers and the infinite (∞) driving force generated by that chain that is propelling us into the future.