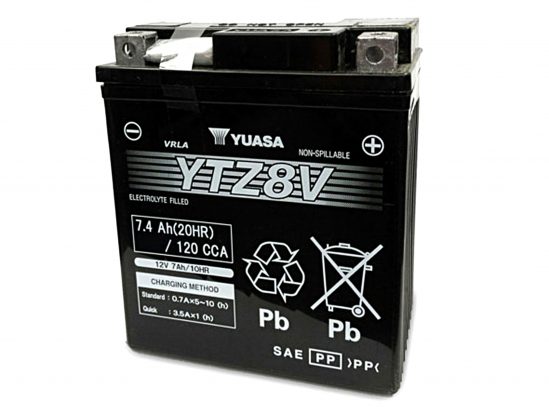 Yuasa, the worldwide leader in motorcycle batteries, has introduced the new YTZ8V battery to its world-famous YTZ range. The absorbed glass mat (AGM) battery is designed to replace the Original Equipment (OE) battery in the 2015 Yamaha YZF-R3 sportbike and 2015 Honda PCX150 scooter.

The high performance YTZ battery is 12 volts, rated at 7.4 AH. It is supplied factory activated and ready to fit. In addition to the YZF-R3 and PCX150 the YTZ8V also has a number of other applications as either the standard battery or a higher performance upgrade option.

The AGM technology used in the YTZ8V is an advanced battery design that eliminates water loss. Because of its lead calcium design, an AGM battery will hold its specific gravity more than three times longer than conventional lead antimony types. This means much longer periods between charges when the battery is used less frequently, such as winter storage.

The Yuasa YTZ8V AGM battery is shipped factory activated, which means it does not require filling before installation. An extensive activation process ensures complete absorption of the electrolyte so no liquid acid is contained within the battery. This process allows these batteries to be shipped from the factory ready to install. Also, since the electrolyte is absorbed in the special plates and separators, there is no need to worry about leaks on valuable vehicle parts and accessories.

As the world’s leading battery brand and OE supplier to all of the top ¬motorcycle manufacturers, every Yuasa battery provides the same high performance, quality and reliability as the bike’s original.

Not often acknowledged, only Yuasa and GS produce genuine YTX, YTZ and GYZ high-performance batteries, these codes have become generic throughout the industry but are, in fact, registered to GS Yuasa.

Find out more about the YTZ8V here

YTZ8V applications as an upgrade: 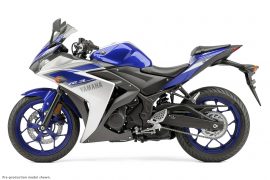 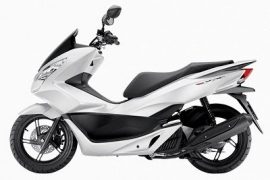