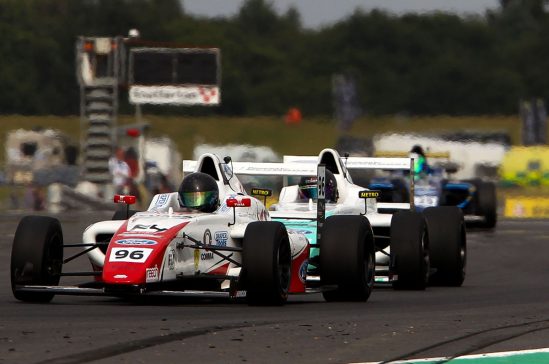 The British F4 Championship burst back into life at sunny Snetterton in Norfolk last weekend (30/31 July). Jersey driver Jack Butel along with his team – JHR Developments had found a turn of speed over the six-week break with the Yuasa-backed driver claiming two 13th, place finishes and a 14th in the fiercely competitive one-make single-seater series.

The 2.97-mile, Snetterton 300 layout played host to rounds 16, 17 and 18 of the Ford EcoBoost powered series and with summer sunshine, this attracted a sizeable crowd over the two-day race weekend.
Butel has recently suffered a bad run of events after being taken out of races and the wrong set-up, hampering his progress. Ever the optimist, the 20 year-old was eager to turn his season around in the second half of the year and right from the off he showed his intent with one of his best qualifying results to date, just outside the top-ten in 12th. The Channel Islander has notoriously struggled with qualifying in the past and was buoyant after his improvement.

On the Saturday afternoon, Jack lined up for the first of his three races. A trademark fast-start from the St Saviour resident put him into the mix from the off. As the race settled down, Butel slipped back to a disappointing 14th at the fall of the flag, but due to the competitive nature of the serious, Jack was only 13 seconds behind the overall winner in the long train of cars.

The second race of the weekend was to be the final race of the Saturday track action. It was to be a rollercoaster for Jack on the lap charts. Starting from 16th, the JHR Developments driver launched off the line to gain a place from the off. In the thick of the action, Butel got shuffled to the back of the pack and had to regroup. On lap six, the single-seater exponent began his charge, picking up positions lap after lap as his rivals faulted. As the clock hit zero, the Jerseyman just missed out on a points paying position with 13th on the results sheet. 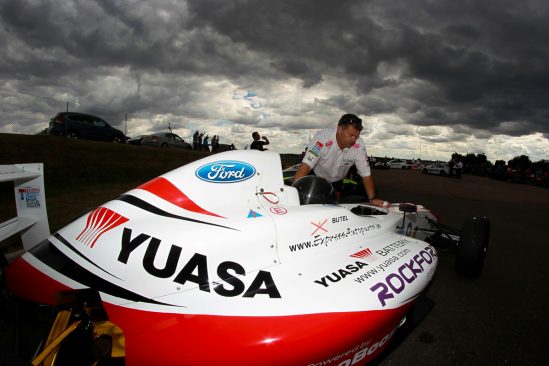 The British F4 series supports the hugely popular British Touring Car Championship and the final contest of the weekend was to be held in front of a packed crowd and hundreds of thousands more in homes across the country watching live coverage on ITV4. The Hankook-shod driver had a largely uneventful race and enjoyed a long battle with JHR teammate Billy Monger with Butel taking another 13th at the end of the weekend. 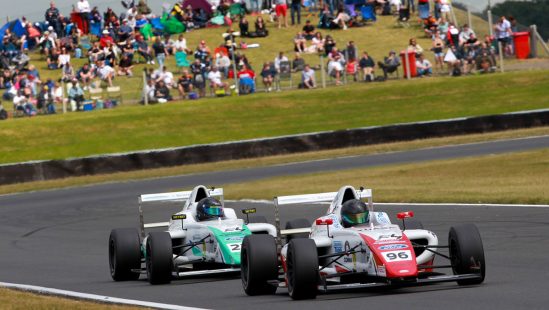 “We had good pace in qualifying and everything clicked –I just got my head down and went for it,” said Butel. “There was a red flag towards the end of the session which effected our plans as I think we could have snatched a top ten.

“Our target as always is the top ten and we were flying in the second race of the weekend. Somebody dropped a lot of oil on track and I couldn’t avoid it, which sent me off onto the grass. I got back on and got the bit between my teeth, but couldn’t quite make up enough places for some points today.” 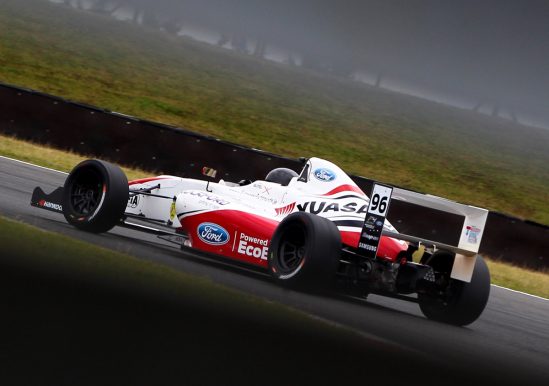