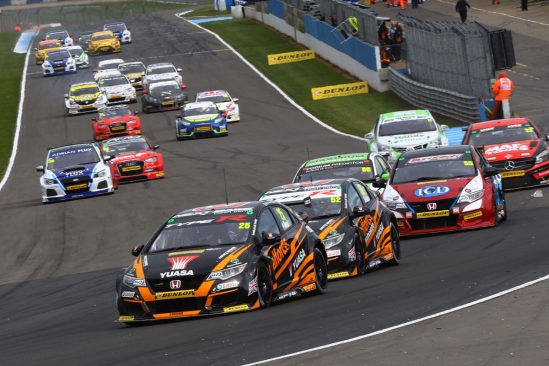 After lining up alongside each other on the third row of the grid for race one, Neal fought through to snare the runner-up spoils behind the wheel of his Honda Civic Type R, pulling off a spectacular wheel-to-wheel pass on Rob Austin down the Craner Curves along the way. On maximum success ballast by dint of his championship lead, Shedden grittily clung on to finish seventh. 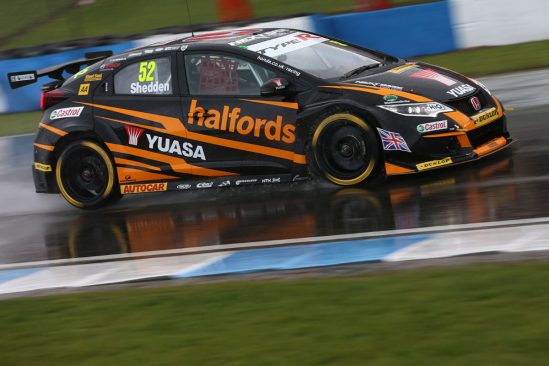 With both men on the harder-compound tyre in the day’s second outing, Shedden exhibited all of his remarkable car control to pull off an astonishing save on his way to sixth, with Neal – grappling with 66kg of ballast following his race one heroics – not far behind in seventh.

Defending champion Shedden then produced a virtuoso performance to speed to an unchallenged victory for Halfords Yuasa Racing in the rain-soaked finale, but a late sting in the tail saw him excluded from the results over a technical infringement. 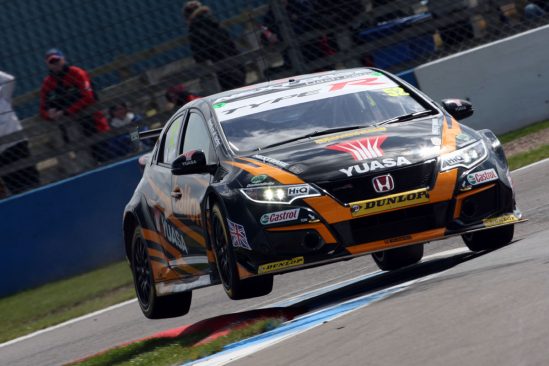 Neal was similarly luckless, as he found himself caught out by the conditions and beached in the gravel trap. Although the action was red-flagged with numerous drivers off-piste, outside assistance to extricate the Honda ruled the three-time title-winner out of the re-start.

The results mean Shedden and Neal will travel to the next outing at Thruxton sitting respectively fourth and eighth in the Drivers’ table, with Honda and Halfords Yuasa Racing second in both the Manufacturers’ and Teams’ classifications. 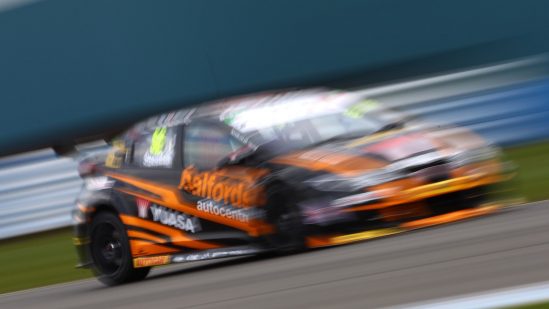 “Obviously this weekend didn’t have the outcome we’d hoped for. Race one worked out well – I just got caught up in traffic a little bit too long to have a chance of going for the win – and then I was pleased with our race two performance on the harder-compound tyre. The rain unfortunately came too late from our point of view – we could have done with it a bit earlier in the day – and when it did arrive, it made things very tricky indeed for race three. The conditions were really treacherous at the first start; there was absolutely zero grip and I was far from the only one to go off, but rules are rules. Taking the positives away, the car was fabulous all day, it’s still very early championship-wise and I’ll be light again going to Thruxton, which has historically always been a Honda track – so onwards and upwards!” 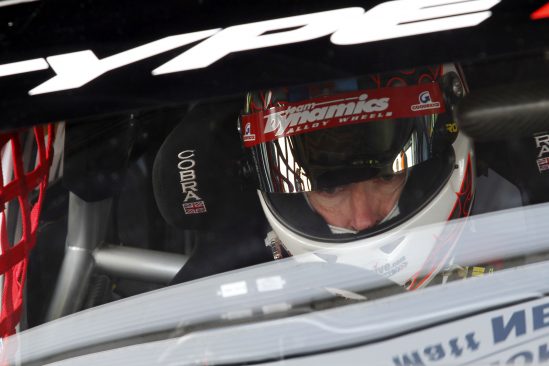 “That was a real rollercoaster of a weekend that unfortunately ended on a bitter note for us. The first two races were a bit of a struggle, with maximum ballast in the first of them and hard tyres in the second, but we battled hard and came away with a couple of very solid results. The reversed grid then gave us a chance to really push on in race three and the Civic Type R was mega in the tricky conditions. Once I’d got into the lead, I was able to consistently pull away and manage the gap, so to subsequently be stripped of such a commanding victory was massively disappointing. It’s cost us the championship lead but not our momentum, and we’ll be back fighting harder than ever at Thruxton next time out to redress the balance.”