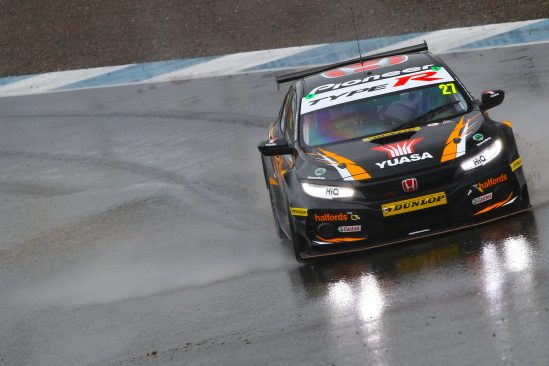 A Honda driver has finished on the Dunlop MSA British Touring Car Championship podium at Knockhill every year since 2009, and Dan Cammish kept that proud tradition going this weekend (25/26 August) with a head-turning performance for Halfords Yuasa Racing north of the border.

Around an undulating, rollercoaster ride of a circuit that historically favours rear wheel-drive machinery, Cammish upset the formbook in qualifying by speeding to his maiden BTCC pole position behind the wheel of the new Civic Type R (FK8) – making him the best average qualifier of the 2018 campaign to-date.

The heavens opened on race day, soaking the picturesque Fife racetrack, but the inclement conditions did not deter Honda’s standout rookie, who leapt off the line into the lead at the start of the curtain-raiser and confidently held sway at the front of the field throughout the opening 11 laps. 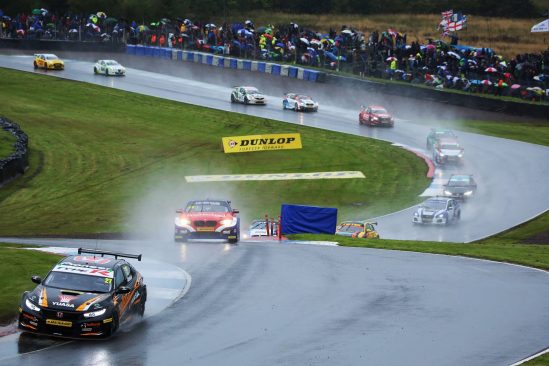 Although ultimately powerless to resist the rear wheel-drive onslaught, Cammish clung on valiantly to take the chequered flag third – and top front wheel-drive competitor – before replicating that result in race two following a hard-fought battle. The Yorkshireman was denied the opportunity to make it a points-scoring hat-trick in race three by mechanical issues, but could nonetheless reflect upon a thoroughly impressive weekend.

Hamstrung by having to carry 39kg of success ballast in both qualifying and race one, team-mate Matt Neal lined up a frustrated 21st on the closely-contested grid, before being removed from contention at mid-distance by an errant rival. From thereon in, his weekend became an exercise in damage limitation, and the three-time champion showcased his skill to rise to 17th in race two and a points-scoring 15th in the finale.

The results leave Neal ninth in the Drivers’ standings and Cammish tenth, with Honda and Halfords Yuasa Racing second in the Manufacturers’ and Teams’ tables respectively ahead of the remaining two outings at Silverstone (15/16 September) and Brands Hatch GP (29/30 September).

“If you’d offered me two top three finishes before the start of the weekend, I would have snapped your hand off! I was over the moon to secure my first BTCC pole position, although I don’t think anybody really gave me a prayer of getting to the first corner still in front in race one – at the end of the day, physics are physics and rear wheel-drive cars launch better than front wheel-drive cars do. I got away very well, though, and I did arrive there first and then made hay for the opening few laps while the RWD boys brought their tyres up to temperature. Eventually, that advantage was negated, but to hold onto third I thought was a really good effort – for me, that was effectively a win. Race two was a pretty sensible job too in very difficult conditions – it would have been so easy to put the car in the barriers trying to be a hero for just one more place. It was obviously a shame to conclude the weekend with the problem in race three, but that doesn’t take the overall shine away.” 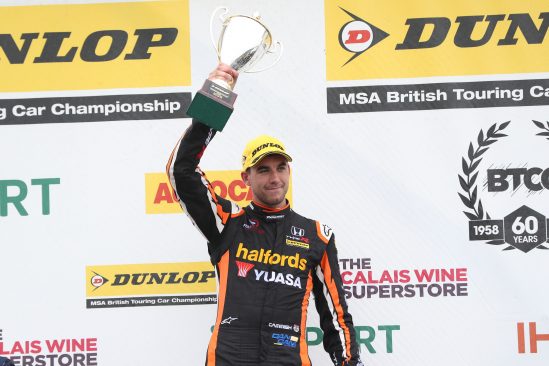 “This weekend has just gone to emphasise how important qualifying is in the BTCC, and it’s always incredibly tight at Knockhill – I was barely six tenths-of-a-second adrift of Dan, and that equated to 20 places! Yes, I was carrying a bit more weight, but that didn’t explain the whole time loss – we tried a different tyre strategy to Dan, which evidently didn’t pay off. That was then compounded by the rain, because the problem with being down the order in those conditions is visibility – you literally cannot see a thing. It got pretty lively out there, although my fun in race one ended when I was helped off the track at the final hairpin. Race two was another adventure – I almost went into the end of the pit wall at one stage – and we just lost the front tyres halfway through race three, like a lot of the front wheel-drive cars did. You need a bit of luck in the BTCC, and that’s clearly been lacking for us this weekend but on the positive side, we’ll be lighter going to Silverstone and we will bounce back.” 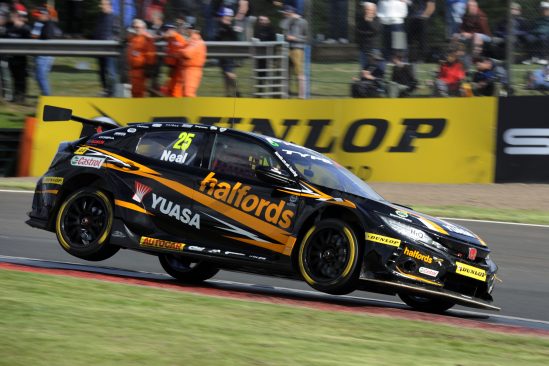 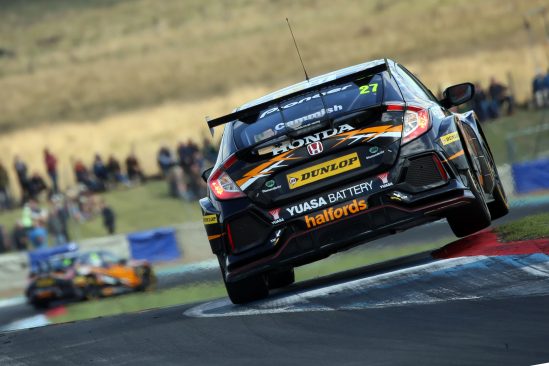