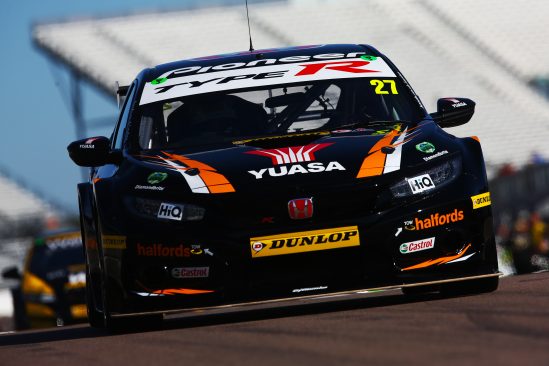 Both drivers showed strong pace on track at the wheel of their Honda Civic Type Rs, but found themselves unable to push for a place on the podium due to the forceful nature of racing in the midfield.

Bouyed by his victory in the special ‘Diamond Double’ race last time out at Snetterton, Neal found himself on the back foot going into race day after a difficult Saturday that saw the team forced to change the engine on his car ahead of qualifying.

Having got the triple champion out on track, Neal qualified just a second away from pole position, although the close nature of the grid meant he found himself 29th on the grid for race one. 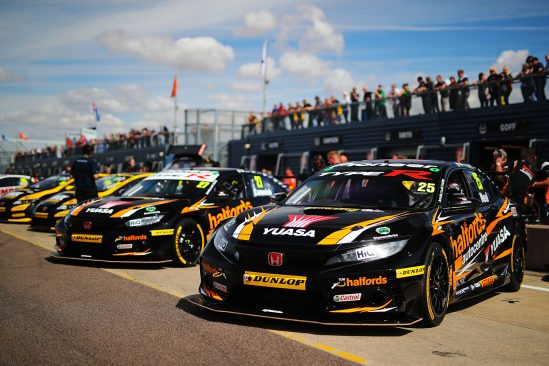 Delayed by an incident at the start, Neal fought hard in race one to finish in 18th spot, and showed top six pace in both races two and three, although plenty of contact in the midfield meant he had to settle for 14th and 15th place finishes.

Series rookie Cammish came close to securing a maiden pole position in qualifying for race one, where he picked up a fifth place finish despite carrying damage as a legacy of contact on the opening lap.

Rain ahead of the second race created challenging conditions on track, with Cammish one of those drivers caught out by a damp patch on the circuit as he ran wide at Deene whilst fighting for tenth place; an incident that left him instead outside the points in 21st spot.

However, the Yorkshireman fought back well in race three despite being on the less favourable hard tyre to end his weekend with a second top ten finish. 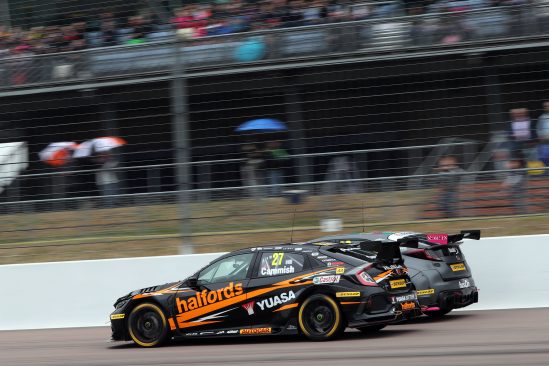 The points scored in the final race allowed the Honda teams’ to top score amongst the manufacturer entries to maintain second in the Manufacturers’ Championship whilst Halfords Yuasa Racing ends the weekend just two points away from the lead of the Teams Championship.

Neal sits in fifth place in the Drivers’ Championship, just twelve points off the top three, with Cammish just a point away from the top ten.

“You can’t hide from the fact that it’s been a tough weekend for us and luck hasn’t been on our side. We were really on the back foot after qualifying because the margins have been so close that we found ourselves towards the rear of the field and it was always going to be tough from there. Some of the racing in the mid-pack is brutal and I found myself trying to look after the car as best I could but have still come away with quite a bit of damage. The lap times showed that the Civic Type R was a quick car this weekend and to end it with a Manufacturers win in race three is a positive. However, it’s onwards and upwards from here and we have to focus on the next round at Knockhill.” 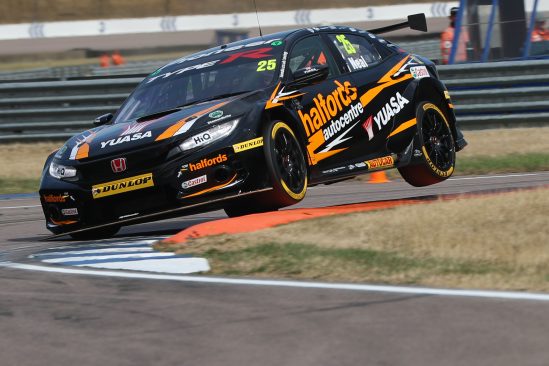 “I think character building is a good way to sum the weekend up for me. It’s clear to see that we had good pace in the car on Saturday and on another day we could have had pole and then would have avoided the incident at the start of race one, which just unfortunate. The field bunched up and I made contact with Sam [Tordoff], which was completely unintentional and the last thing I wanted to do. We carried some damage after that but managed to bring home some points in fifth place but the mixed conditions in race two didn’t favour us and I found myself on a damp part of the circuit fighting for position and it cost me. I feel I got the best I could from the car in race three and P21 to P10 was a good way to end what has been a tough meeting where we haven’t been able to pick up the results that our pace deserved.” 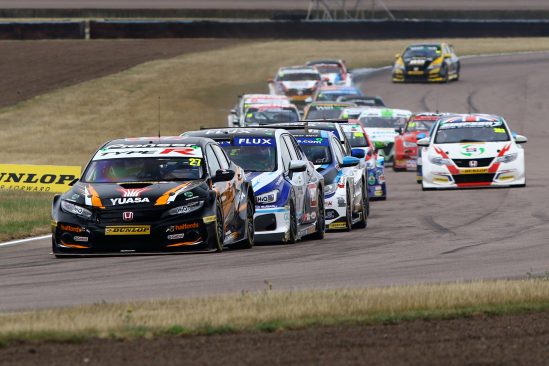 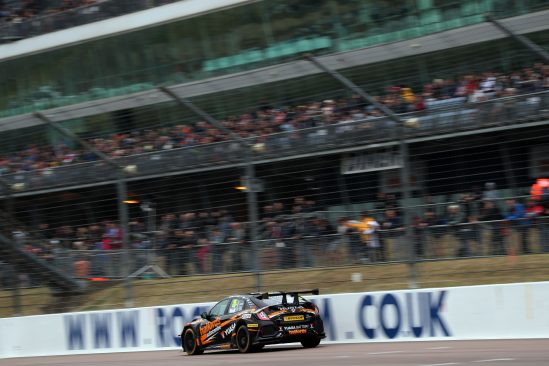