Following a successful maiden season with the Paul Bird Motorsport-run VisionTrack Ducati team last year, Yuasa, the world’s leading battery manufacturer, are delighted to announce the continuation of their partnership with the Penrith based team for the British Superbike Championship in 2021.

Although a shorter calendar than usual, the 2020 season proved hugely successful for both VisionTrack Ducati and Yuasa. Over the fiercely competitive six round season, the team claimed an impressive six race wins, five pole positions and three fastest laps before clinching the overall title at the final round at Brands Hatch in October. 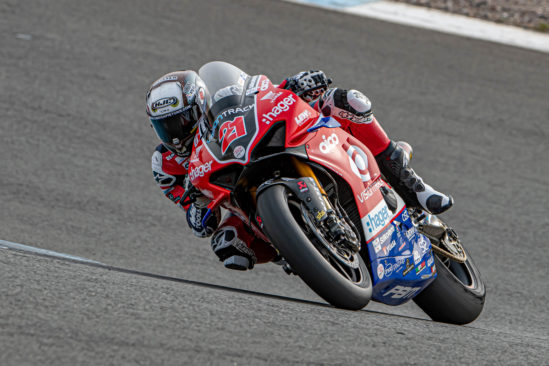 The team retain both Josh Brookes and Christian Iddon for the 2021 season, with Australian Brookes set to run the coveted number one as the reigning champion. British-born Iddon finished a well-deserved third and aims to build on his maiden win in the series at Snetteron last year.

Both riders are to pilot updated versions of their championship-winning machinery from last year; a purpose-built Ducati Panigale V4. As before, the battery manufacturer’s distinctive branding remains prominently displayed on the Ducati’s front fairing, belly pan and rider’s leathers.

Renowned for reliability, quality and performance, Yuasa are the market leader for motorcycle batteries. Fitted as standard by the world’s top motorcycle manufacturers, Yuasa batteries are made to last longer and deliver more power.

James Douglas, European Group Marketing Manager for GS Yuasa Europe said: “We were hugely impressed by the team’s incredible success in 2020 and are delighted to be continuing our partnership into 2021. Although we couldn’t be there in person, it was fantastic to share in the team’s triumphs last year and we’re very excited to do more of the same as the season gets underway at Oulton Park in June.”

Following a series of pre-season tests, the 2021 British Superbike season is to begin at the end of June. Throughout the proposed 33-race calendar, the UK’s top tier motorcycle racing series, is set to visit some of the UK’s most famous circuits, including Brands Hatch, Donington Park and Silverstone.

Yuasa are synonymous with motorsport, whether two or four-wheeled, and have sponsored HRC Repsol Honda in MotoGP for the last nine years. 2021 also sees Yuasa’s third year supporting Matt Edwards in the British Rally Championship and first sponsoring Dan Cammish as he competes in the Porsche Carrera Cup GB.

To stay up-to-date with the team’s progress throughout the 2021 season, click here.