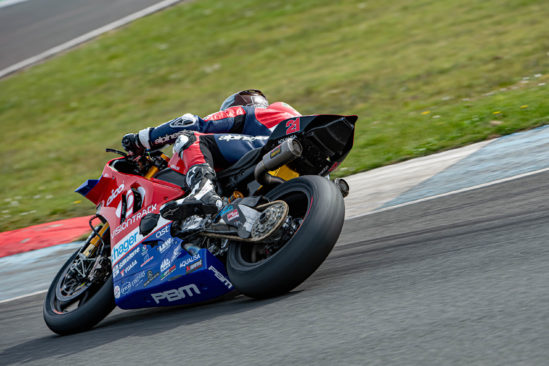 Defending champion Josh Brookes and teammate Christian Iddon arrive at the Scottish track with slightly different agendas although the object as always with Paul Bird’s Penrith-based squad is to take victory.

Two weeks ago at Oulton Park, Iddon was in scintillating form aboard the factory-supported VisionTrack Ducati Panigale V4 R where he scorched to a hat-trick of runner-up places after leading the majority of laps to hold second place in the title race going into this weekend’s triple-header.

The Tyneside-based rider will be looking to get his first victory of the season although the track hasn’t been a lucky hunting ground for him in the past, but he’ll be aiming to rectify that in the three races over Saturday and Sunday.

Likewise, Brookes aims to get his title defence back on track after a difficult weekend at Oulton Park where he emerged from the opening round in sixth place in the standings. Now based in Bedfordshire, the Aussie scored a best result of sixth place a fortnight ago but is hopeful of securing his first win of the season and what would be his first at Knockhill.

Both riders had two successful tests pre-season around the tight and twisty 1.267-mile track which overlooks the Firth of Forth so have got a good base setting to work with as they go in search of double defending Bennetts British Superbike champions’ ninth title. 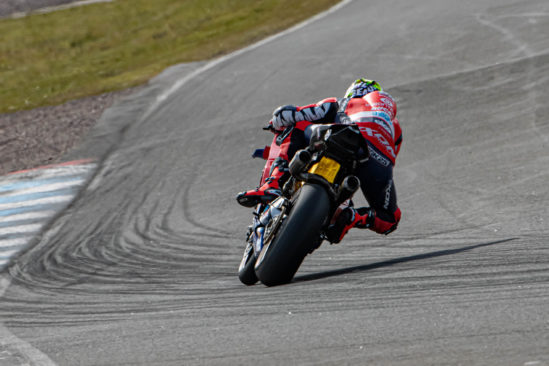 Sadly, because of the local government restrictions, only 1,000 fans will be allowed to attend Knockhill each day but those missing out on attending can rely on extensive live television and radio coverage over the weekend. The meeting also has been condensed into two days rather than the usual three, so it means a busy weekend all round for the teams and riders.

Christian Iddon: “I’m all set for Knockhill and the plan is to continue the good form we showed at Oulton Park. The condensed schedule will suit me too. I’ve never raced the Ducati there, but we got plenty of laps in at the pre-season tests and found a few things that should help me so I’m feeling pretty confident. It’s a track which has never been too kind to me over the years but I’m aiming to rectify that this weekend. It’s a shame we’ll be racing in front of such few fans as usually the atmosphere is great up in Scotland, but we’ll still put on a good show.”

Josh Brookes: “I’m looking forward to Knockhill where we know we have made some improvements at the pre-season tests. Our lap times at those tests were very competitive so I know we have lots of potential at this track. It’s not my favourite track but now I have a good setting, I like it a lot more. I’m hoping for some good results to boost my championship potential. I’m not at all deflated after Oulton Park, we have started seasons with a lot worse results and still won championships, so we aren’t dwelling on that, I’m feeling confident ahead of these next three races now.”

For details of television broadcast times and channels, please visit www.britishsuperbike.com. BSB Radio will also be broadcasting live via a link on the official website or via live timing at www.tsl-timing.com. There is a downloadable event programme too, further details of that and the event at the Knockhill website www.knockhill.com.