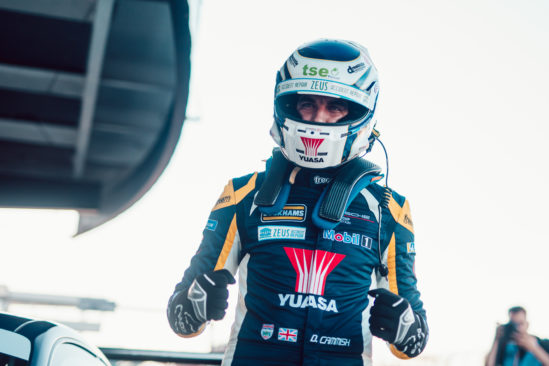 Yuasa driver Dan Cammish heads to Donington Park in Leicestershire this weekend knowing that a good performance will be critical to keep his hopes of a historic third Porsche Carrera Cup GB championship title on track.

The Yorkshireman currently leads the championship by three points from nearest rival Lorcan Hanafin, with four races left to go of the closely fought 2021 title battle. Entering the second half of the season five drivers were in contention, over the last few weekends Dan and Lorcan have broken away from the chasing pack, but with margins so small every point will count.

Having secured a win and a fourth-place at Silverstone last time out in the Yuasa-backed car, Dan is eyeing up pole position, and the two points that goes with it, this weekend to set him up for a strong race one.

Remarkably, and despite having taken 34 official championship victories, Dan has never won at Donington in the Porsche Carrera Cup GP. The championship did not race on the 1.957-mile circuit in 2015 & 2016, so his best finish was a second place in 2017. Whilst victory may have eluded him so far in his Porsche, he did win the opening round of last season’s Touring Car Championship and will be hoping to carry on his winning ways this weekend.

Dan will have two 45-minute Free practice session on Thursday at 10:40 and 15:15 before having a day off on Friday. Action resumes on Saturday with qualifying at 13:55, before an early start on Sunday for race one at 9:10. The final race of the weekend takes place at 13:40 and will be shown live on ITV4. 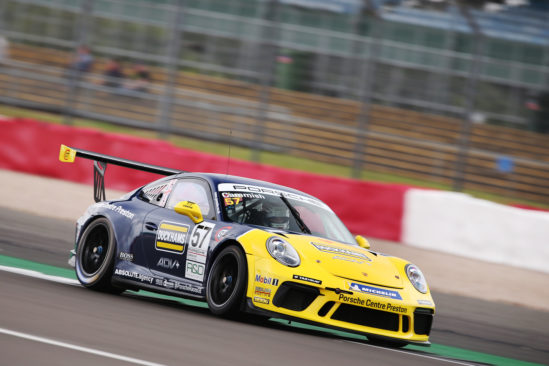 “I always enjoyed Donington, it’s one of my favourite circuits on the calendar. It’s fast, flowing, I think it suits me and I think it will suit our car. I’m quite keen to get there and get going as it’s been a good circuit for me in the past.

“It’s going to be a vital weekend, it’s the penultimate round and it’s very close on points between a few of us. This is the weekend that’s going to set up the final, so fingers crossed. I’m hopeful we can bank a lot of points and put ourselves in the driving seat for the championship. I won there last year in touring cars so it’s a good circuit for me.

“There’s a few more corners than Silverstone, which helps, but there’s still some good straights and there’s a good uphill section as well, so you are going to need a bit of power. We struggled a hell of a lot at Silverstone. The team have made some changes and I’m hoping that we’re gonna figure it out. Unfortunately, we can’t go testing, so I hope that come Thursday, we’ll see that we’ve sussed the problem.

“I think it’s the same competition week in, week out, there’s a group of five of us really that tend to be right up there. I think it’s important to have a stronger race one, a strong race two is good but there’s more points for race one. It’s important to try and grab that pole position. Pole can make a real difference, so let’s see what we can do. If I don’t get it, I don’t want Hanafin to get it, that’s the key.”