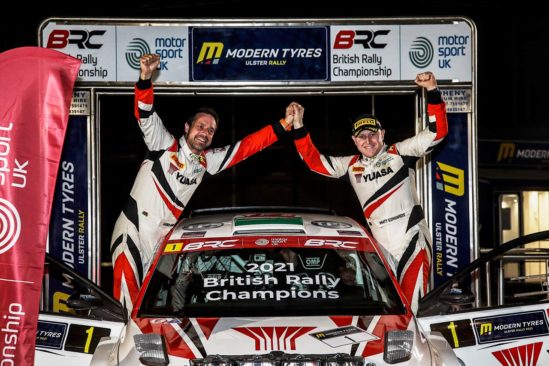 Yuasa are celebrating another successful season in motorsport, as Yuasa Rally driver Matt Edwards, made history by becoming the first ever back-to-back-to-back British Rally Champion. The accolade came following a nail-biting final round victory at the Ulster Rally.

Heading into the final round, overnight rain made the fast and bumpy closed country lanes of County Down extremely slippery and challenging. With his closet rival crashing out, Matt didn’t put a scratch on his iconic Yuasa liveried VW Polo GTI R5, to take an astonishing victory and be crowed British Rally Champion for a third time in a row!

Whilst Matt writes his name into the BRC record books, Darren Garrod wins the co-drivers title for a second time, having also guided Matt to his first title in 2018.

After a tough start to the season, Edwards and Garrod managed to secure five out of seven podiums and pick up three hard fought victories along the way. Edwards is now one of the most decorated BRC drivers in the history of the sport. 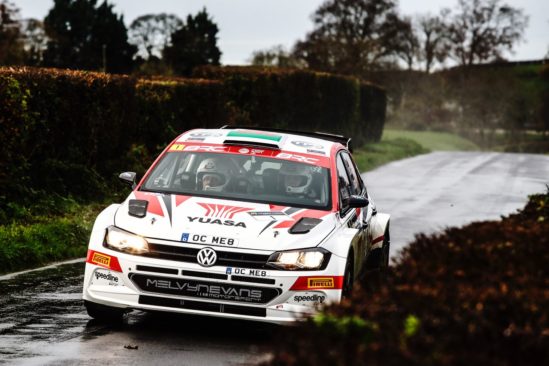 James Hylton, Managing Director at GS Yuasa Battery Sales UK Ltd said: “We would like to congratulate Matt on his incredible third consecutive British Rally Championship crown. Never before has this feat been achieved, so it’s a truly remarkable accomplishment and one we are very proud to be a part of.

“We are honoured to have partnered Matt for three years now and to have experienced two out of his three championships carrying the Yuasa name. This year was extremely special for us as we saw the return of our classic red, white, and black livery. One we haven’t won a championship with since Gordon Shedden won the BTCC title back in 2015.

“We firmly believe that our association with Matt reflects our own core values of performance, quality and reliability perfectly. We are delighted to be able to share the celebrations with Matt and the rest of the team.” 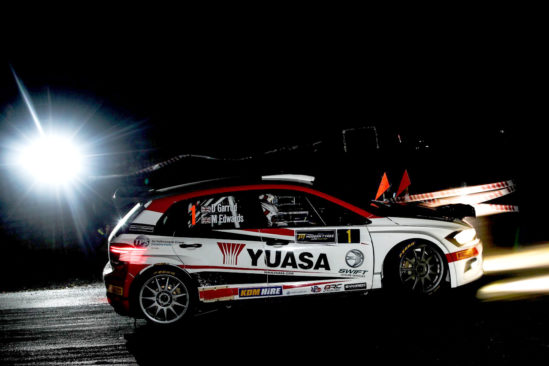 “It’s been an extremely tough two years. After the pandemic completely cancelled the 2020 season, we had to work hard to ensure we would come back stronger than ever for 2021. Everyone in the team has remained extremely loyal and stayed with the programme and it’s all thanks to Yuasa and their incredible support for making this year such a huge success.”