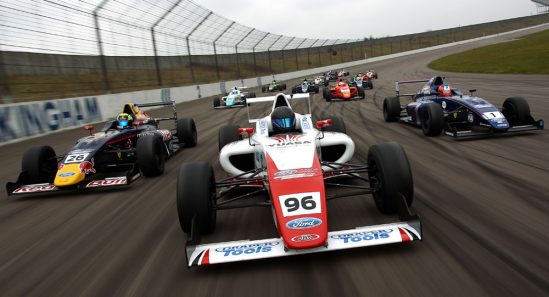 Yuasa have revealed that their new MSA Formula Series driver Jack Butel will carry the iconic red, white and black Yuasa race livery for the 2016 season. The stunning new look racing car was seen for the first time at the MSA Formula launch day at Rockingham on 23 April.

Yuasa will be joining forces with driving ace Jack Butel as his title sponsor for 2016. 20-year-old Jerseyman Butel, who drives for JHR Developments, will be competing in his second season of MSA Formula racing. After switching to JHR mid-season last year, the St Saviour resident gained momentum notching up four top-10 finishes in the run to the end of the year, with a solid sixth overall at Silverstone last September.

The MSA Formula Series is a popular part of the TOCA tour program of support race built up at all British Touring Car Championship (BTCC) race weekends. The exciting single seater series is Britain’s version of the FIA’s Formula 4 concept and is arguably the most competitive junior category circuit racing championship in the world.

Yuasa are no strangers to the TOCA racing package having been title sponsors of Matt Neal, Gordon Shedden and the works Honda BTCC team since 2011. Based on the classic championship winning Honda Yuasa Racing Civics, motorsport fans worldwide will recognise the striking white, red and black Yuasa design on Butel’s car.

Yuasa have a long and proud motorsport heritage, and alongside their title sponsorship of the works Honda BTCC team the battery manufacturer has been a major sponsor of MotoGP’s Repsol Honda Team and rider Marc Marquez since 2014. They are also title sponsor of BRSCC Formula Jedi driver Bradley Hobday whose car features a similar livery to Butel’s. 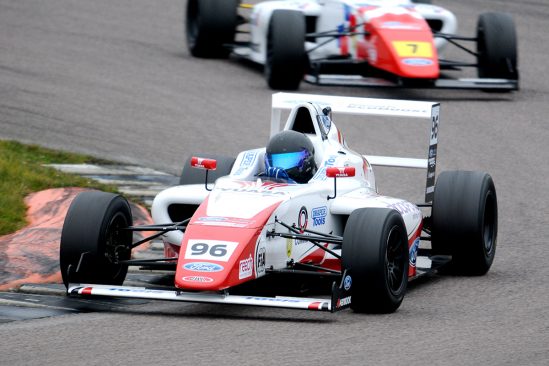 Speaking at the MSA Formula Series Launch Day, James Douglas, Marketing Executive at Yuasa Battery Sales (UK) Ltd. said: “We are pleased to be joining Jack Butel as one of his main sponsors for the 2016 MSA Formula Championship. After a fantastic run of results at the end of last season he is definitely a driver to watch out for, and we are excited to see what he can achieve.

“Jack is really beginning to make his mark on the series and we are delighted he will be racing under the Yuasa banner this year. Jack will race in our iconic Yuasa racing livery, and we are confident that his car will stand out when on the track, it is fantastic that we will feature so prominently in another race series on the TOCA tour.
“As the world’s leading battery manufacturer our motorsport sponsorship programme is key to maintaining our brand profile whilst reflecting our own core values of performance, reliability and quality.” 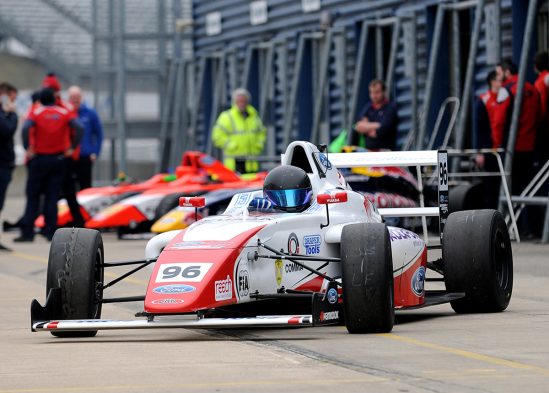 Jack Butel is delighted to have Yuasa on board, he said: “I am excited that leading battery firm Yuasa have joined us for the 2016 season. To have such a big brand backing me is a great feeling and I look forward to working with them to achieve our goals in the new season ahead. My new car livery looks fantastic and I am proud to be sporting such a famous and iconic motorsport design.

“My race pace was good last year and this year with a season under my belt I hope to be qualifying higher up the grid to be consistently running in the top 10. My hopes for this year are to break into the top five and then onto the podium. With the knowledge, data and experience I have, this has to be our target and we have to hit the ground running right from the off. I can’t wait to get started!” 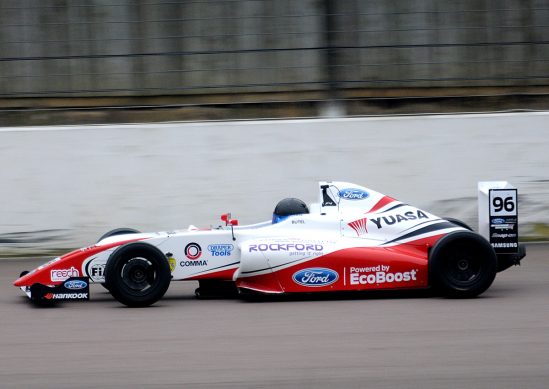 Butel will now continue his pre-season preparation ahead of the championship opener at Brands Hatch on April 3.