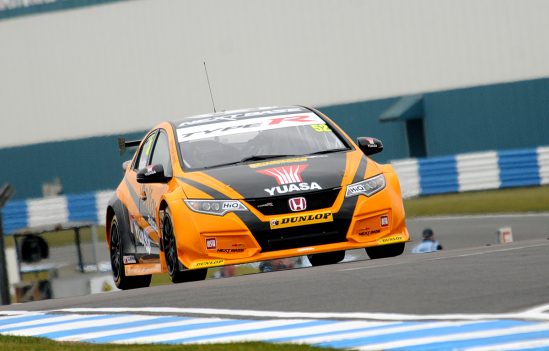 Yuasa are revving up for another action-packed season of British Touring Car Championship racing with the launch of a brand new team name, racing livery and a three driver line up.

Powered by Yuasa, reigning BTCC Champion Gordon Shedden will look to defend his 2015 title this year, as he and three-times-champion Matt Neal gear up for another exhilarating season. Driving the dominant Honda Civic Type R’s for the second year running, the pair who have been team mates since 2010, are determined to continue the amazing success they have enjoyed on track over recent years. 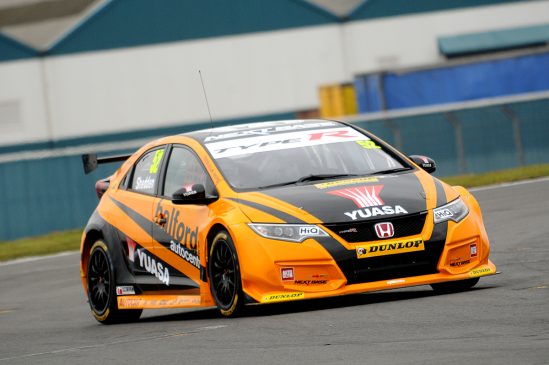 Meanwhile it’s all change at the championship winning team with Yuasa being joined as joint title sponsor by Halfords, who make a return to the BTCC grid after a seven-year absence. Honda Yuasa Racing has now become Team Halfords Yuasa Racing and it is business as usual at the Honda works team who are busy preparing for the season opener just a few weeks away.

This year’s Honda Civic Type R racing cars were revealed amid much fanfare at the BTCC Launch Day at Donnington Park. After a laser show and short film showing the team’s many past successes was projected onto their pit garages, the new cars burst through the screens sporting a stunning new livery. Yuasa’s familiar vivid red, black and white brand colours now sit alongside Halfords’ bright orange.

The team has also expanded to running three cars for the first time since 2006 with 2016 seeing the return of experienced racer Andy Neate. Neate joins the squad in car number 57 which will also carry the new team livery. 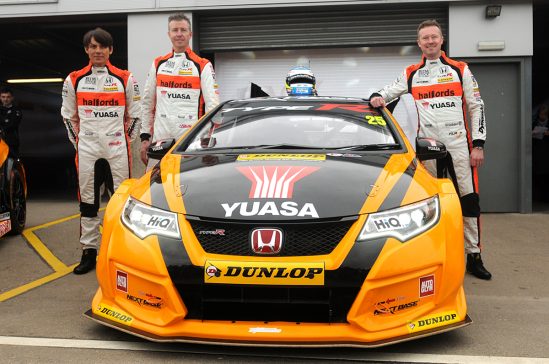 Yuasa has a long and proud heritage in motorsport, and has been a title sponsor of the Honda works BTCC team since 2011. During this time the battery manufacturer has enjoyed unprecedented success, winning a phenomenal three drivers championships and five manufacturers titles.

Alongside their partnership in Halfords Yuasa Racing, Yuasa’s are also a major sponsor of the Repsol Honda Team, and double world champion Marc Marquez in MotoGP.

Andrew Taylor, Managing Director of Yuasa Battery Sales (UK) Ltd. said: “We’ve had an amazing journey thus far in the British Touring Car Championship with Matt, Gordon and the Honda Yuasa Racing Team. We are now looking forward to working with Halfords to defend our championship in 2016. Our sponsorship of the team now enters a new era, and one that we’re very excited about. 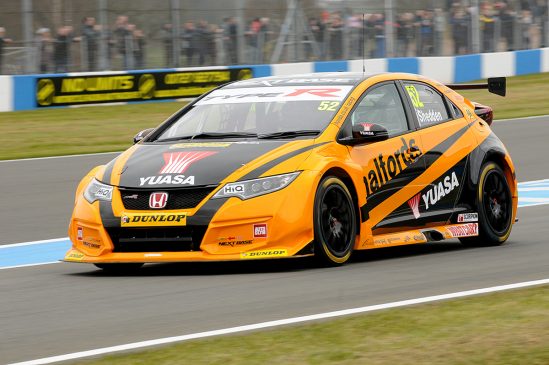 “As the world’s leading battery manufacturer our motorsport sponsorship programme has been instrumental in raising our brand profile amongst motorsport fans in the UK and beyond. Yuasa are now the UK’s number one choice for automotive and motorcycle batteries and we believe our performances on track over recent years have strongly reflected our core values of quality, reliability and performance.

“2016, is going to be another adrenaline packed season, and we are excited to see what Gordon, Matt, Andy and the team will achieve. We wish them all the best for the season.” 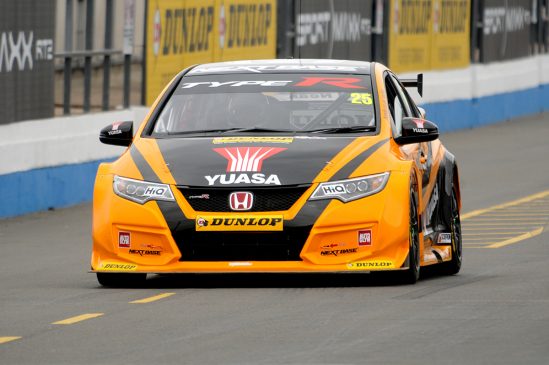 The BTCC season opener takes place at Brands Hatch on 3 April. The 33 round series then travels across the UK over 11 weekends taking in legendary circuits including Silverstone and Donington Park before returning to Brands Hatch for the season finale in October.